HNI Training Center's Hanan Nagi talks about the government's unequivocal support to entrepreneurs regardless of their gender. 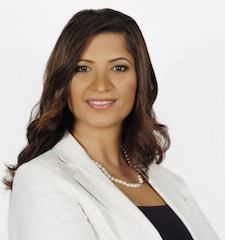 Filled with an unquenchable drive to achieve, Hanan Nagi is the visionary founder of the HNI Training and Coaching center. Based in Dubai, the institute is an innovative entity with a mission to develop leaders through human capital development.

“HNI was established in 2010 at the height of the recession. It all began while I was working in a government organization overseeing HR. It was there that I saw a gap in the market. I waited for the right opportunity and decided to launch my business when the time was right,” reveals Hanan Nagi.

Regardless of how empowering one might feel owning a business, there is always immense pressure and fear that comes with its establishment. “It is actually debilitating when you are just starting up and that, too, at the height of the downturn. That is actually the biggest challenge, especially if you already have a good job. But what has helped me through is determining the pros and cons as well as taking calculated risks. I did test the water before taking the leap,” she says.

Making the leap is not the only challenge an entrepreneur faces when kick-starting a business. Facing stiff competition is one significant test which every entrepreneur or businessperson has to face. “Deciding on your unique selling point and what makes you different from the rest is crucial when facing competition, especially if you are trying to penetrate an industry or sector where companies have been around for 15 to 20 years. It is important to one who is just starting up, otherwise, you get swallowed by the big fish,” says Nagi. She further adds, “The challenge is how to be perceived as a professional service provider.”

It is actually debilitating when you are just starting up and that, too, at the height of the downturn. That is actually the biggest challenge, especially if you already have a good job.

Women entrepreneurship in the Middle East has seen a rise in recent times, and credit goes to the forward-thinking nations supporting women participation in the corporate world. “Things are changing. I come from a country where being a woman is a challenge in itself, but here in the UAE, it is different. In fact, it’s very advantageous being a woman entrepreneur in this country where women are given huge support and encouragement,” says the HNI founder.

Nagi believes that at the end of the day, doing business has little to do with gender and a lot to do with one’s drive to succeed. “There is a huge potential for women entrepreneurship in the Middle Eastern region, and particularly the UAE. The country lends unequivocal support to entrepreneurs regardless of their gender, and this is how it should be. I think many countries in the Arabian Peninsula are moving in this direction, some faster than the others. There is a shift in how women are being perceived, and they are no longer rated as second class citizens,” she concludes.

The country lends unequivocal support to entrepreneurs regardless of their gender, and this is how it should be.

Hanan Nagi is the proud owner of a company that, according to her, “… doesn’t differentiate between men and women. Irrespective of their gender, both have the flexibility to work from home as well as office.”

An edifice of human resource empowerment, HNI is truly an enabler of sound HR personnel behavior that encourages the flow of thought processes, work management and decision making in an autonomous way.

Aiming for the Stars