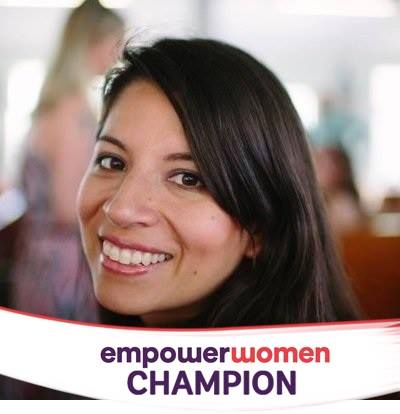 Career development on an institutional and student level is critical to one’s success. Developing countries like Peru, Uruguay in the Latin American region or Nepal, Myanmar and Sri Lanka in Asia are prime examples of the dearth of opportunities in terms of skill development and mentorship that play an important role in trigger innovation and fueling entrepreneurship.

According to a World Bank Report: “A chronic lack of innovation in the region is stifling business growth and competitive edge. The region needs to establish an environment which enables entrepreneurs to emerge, compete and innovate.”

One non-profit entity that strives to create a difference by offering an opportunity to students – both men and women – to hone their skills and talent is Ekpapalek. According to its founder & UN Women Global Champion for Women Economic Empowerment 2015-2016, Clarissa Rios: “There is a big problem in Latin America, which is a lack of resources (money) and opportunities for professional development. So, in order to find a solution to this problem, I launched a non-profit called Ekpapalek in 2015. Our mission is to empower Latin students and promote the social and economic development of Latin American countries. Hence, Ekpapalek promotes opportunities of professional development for Latin Americans by offering three FREE programmes: the first program connects students with hosts that offer them free accommodation while they do an internship abroad. The second programme offers them online mentorship with a plethora of experienced professionals via Skype and the third programme aims to change the current women’s role models.”

The name Ekpa’palek is taken from an indigenous language belonging to a Peruvian jungle Shiwilu and means ‘to help a person walking.’

“One big obstacle for Latin Americans is the shortage of resources to pursue dreams. Our first difficulty is the lack of money and lack of access to information and technology. And that’s when those sought after internships become unattainable,” opines Clarissa.

“While writing my blog (www.ekpapalek.wordpress.com) on tips and recommendations for professional development, I realised that writing was just not enough, that I should find a solution to the real problem. That is when I decided to launch the Ekpapalek project, which seeks to promote professional development of Latin American students by offering different ways on how to do it,” she elaborates.

Ekpapalek offers three free programmes. The first titled ‘Internships’ seeks to support Latin American students by contacting them with hosts willing to offer them free accommodation while they venture out to do internships abroad.  The second is ‘Mentoring’ that aims to help career development of Latin students by offering them Skype sessions with experienced professionals in various academic areas. Thus Latino students can receive recommendations and advice to develop professionally. The third programme ‘Women,’ focuses on changing the current perspectives of women as far as children and adolescents are concerned. The ‘Women’ pilot project will kick-start in Peru, with the launch of a series of talks and workshops presented by professional women. “We aim to empower women by igniting a young girl’s professional curiosity and desire to explore new horizons of personal development,” says the UN Women Global Champion.

Concluding Clarissa invites Ananke readers by saying: “I invite all your readers to follow the links mentioned to know a bit more about how to promote the professional development of students.”

Website: www.ekpapalek.com (you can use Chrome and use the option of “translate page”)