On the fabric of change

The brains behind Pakistan’s very first multi-brand store Labels, CEO and Founder Zahir Rahimtoola chats with Sabin Muzaffar about the evolution of the country’s fashion industry, women empowerment through fashion and the plight of women working in apparel factories. 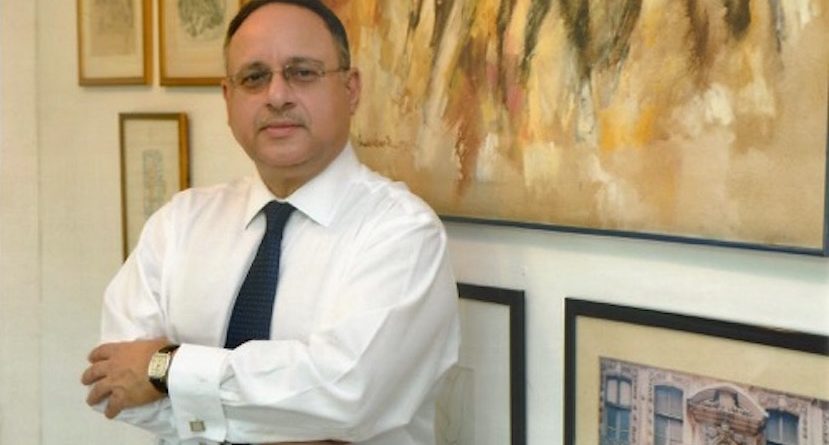 Do you think there is a connection between fashion and women’s liberation?

In my opinion, fashion has played a pivotal role in women’s liberation. If one reflects to the Suffragettes Movement, women wore pants instead of long gowns and dresses to make a statement that they were equal to men and second to none. Furthermore, prior to the Suffragettes Movement, the Industrial Revolution played a very important part in changing the role of a woman as she got out of the house to perform jobs in industries thereby necessitating a change in wardrobe as she worked side by side with men. If I were to look closer at home in Pakistan, here too women in urban areas and secondary cities have moved away from traditional dressing to fusion wear which reflects a mix of eastern and western sensibilities largely due to women entering into the work sphere at all levels; thereby releasing them from traditional roles as housewives and becoming income provider to their family which in itself is liberating.

Do you think fashion and dress shapes a woman’s identity?

There is this famous quote by Shakespeare in his play Hamlet Act 1, Scene 3 where Polonius states, “…for the apparel oft proclaims the man” which holds for woman too.

As stated above women were able to evolve their identity by changing the way they dressed which reflected their state of mind and desire to transform. Clothing is an integral part of one’s personality and the way one dresses reflects the person. In this day and age, we do not have time to do in depth investigation to find out about someone, therefore, the way one dresses directly conveys a person’s type and personality.

Moreover social media, being largely optic, very effectively illustrates a woman’s identity. There is indeed a connection between the mind and body. Hence what a woman wears reflects her state of mind and identity. 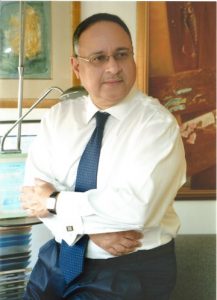 How has Pakistani fashion evolved through time – from the psychedelic 60s and 70s to the restricting 80s
and beyond?

Fashion in Pakistan has indeed evolved dramatically. The 60s and 70s was an era where fashion was paramount in the upper echelons of society; women were dressed in sarees and fitted shalwar kamiz and both were socially accepted norms of dressing in addition to Western dress wear.

During the early 70s, (the late former prime minister Zulfiqar Ali) Bhutto moved towards bringing Islamic practices to the fore hence fundamentalism seeped into the daily lives of people and fashion changed course; with the advent of the (late military dictator General) Zia (ul Haq) regime clothing became a very important element to define a person. Shalwar Kamiz became the staple wear for men & women and has continued to evolve. In the early 2000, the notion of holding fashion weeks emerged which provided a big fillip for fashion to become dominant and trickled down to the masses. Indeed Pakistani fashion has moved beyond local frontiers; attracting worldwide audience and it is continuing to evolve at a very fast pace as a lot of investment is being injected into this thriving business.

What role has your organization (LABELS) played in the evolution of the fashion industry and its impact on empowering the Pakistani woman?

I am proud to state that LABELS is Pakistan’s first and premier fashion retail store. Founded in 1996, LABELS and fashion have been synonymous by providing a platform to budding designers largely, who are now ruling the roost of fashion.

LABELS by offering eastern and western clothing has been able to offer the freedom of choice for a woman depending upon her sensibilities and desire to wear either genre of fashion.  Twenty years hence LABELS continues to play this pivotal role and by being the first comprehensive online fashion portal at www.labelsestore.com LABELS has effectively taken fashion to the secondary, tertiary cities, towns and villages of Pakistan thereby empowering a woman to directly choose and buy fashion of her choice.

While some say fashion is empowering, there is another school of thought who claim it oppresses women – what do you think?

There is a term called ‘Power Dressing’. Its roots can be found in the early 20s when Coco Chanel created the Chanel suit for women which enabled them to look modern, feminine and yet feel comfortable. Not only did it give the woman a very authoritative appearance; but it also oozed refinement and sophistication. The concept of power dressing took greater hold in the 80s to enable women to establish their authority in a professional and political environment therefore fashion definitely empowers women.

Comment on the current fashion landscape in Pakistan and to which direction do you think it is headed as far as women are concerned?

The current landscape in Pakistan is very dynamic. The Big Boys of the textile industry in Pakistan namely Gul Ahmed, Nishat, Al Karam, Khaadi, Sapphire, Bonanza etc have entered the market with full vigor to capture the vast domestic market which has been untapped up until now; as they have deep pockets they are able to effectively create brand images which attract mass Pakistan. Moreover, they are able to constantly churn out multiple Prêt designs which are very affordable and have excellent design aesthetics. These brands are largely focused towards women; moreover they have very strong online presence making it very convenient for women to shop at their convenience. Therefore Pakistani fashion is largely dictated by and for women.

With so much focus on how a woman ought to be dressed, what can the fashion industry do more to enable empowerment?

The fashion industry has been and is a game changer for woman empowerment as has been witnessed in the history of mankind; women’s dressing has reflected the culture and status of a woman in society.

Today in developed and developing countries, women stand side by side with men and do similar jobs. Their sense of dressing is also similar to reflect equality of status therefore the fashion industry has an opportunity to evolve and create clothing reflective of the aspirations of the women.

Another aspect that we need to look into is how to create sustainable change in the apparel industry to empower the woman working in the factory… what are your views?

Unfortunately, apparel manufacturing ranks at lower strata of economic activity. Most apparel factories until recently were referred to as ‘sweat shops’. It is only recently that human rights activities have led to environmental compliances within the industry especially when orders are placed by multinationals or companies in the West.

However, there is a lot that is desired to improve the working conditions for women in garment factories. Individual governments, importers, stores and human right activists will need to be more proactive in terms of strict enforcement of laws and policies to empower women within the work sphere of garment factories.

Most women work in basic capacities such as sewing and quality control, and at times have supervisory roles. Factory owners need to encourage women to take on mid management and management roles so that there is a better understanding of women’s requirements and needs within the industry.

Carving her own niche