Dancing to the tunes of women rebels

The music industry has had its share of badass female artists, loved, adored and even hated by many. Apart from making some of the biggest hits, they managed to... 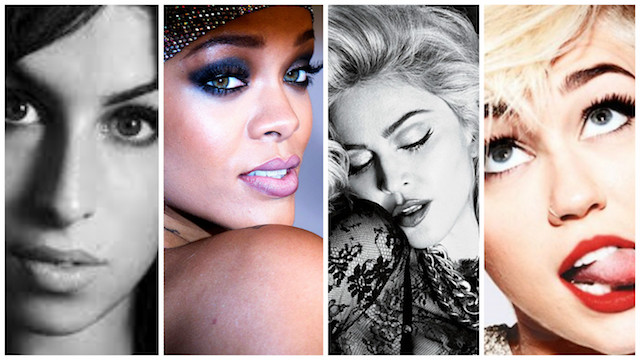 The music industry has had its share of badass female artists, loved, adored and even hated by many. Apart from making some of the biggest hits, they managed to ruffle many a feather through quirky antics, disruptive behavior or defiant attitude; in other words not conforming to norms set by society.

The list includes many like Janis Joplin, PJ Harvey, Amy Winehouse, Aretha Franklin, here are some who caused quite a flurry of emotions!

Queen Madge AKA Material Girl needs no introduction! The self-made billionaire is the epitome of rebellion, creating new trends in music, fashion and coolness. While her smash hit “Like a Virgin” caused a stir with its explicit overtures, her song “Justify My Love” was even banned on TV. Do check out her latest music video “Bitch I’m Madonna” which features other musical vixens Beyonce, Nicki Minaj, Katy Perry and Miley Cyrus. Madonna once said: “I’m a role model for those who dare to be different. For those who dare to take a stand in their life and have an opinion.”

Badass Riri, as she calls herself on Twitter, is a rebel with stunning good looks and a voice that blows everyone away. She is truly at the top of her game with hit singles like Stay, Diamond and brilliant collaborations with some of the bad boys of music including Eminem. Her new song “Bitch better have my money” became controversial with its gory visuals. But it is her bold fashion sense that definitely makes her the talk of the town.

She is the undisputed queen of HipHop. According to Wikipedia: “Minaj was the first female artist included on MTV’s Annual Hottest MC List with The New York Times’ editor Brent Staples saying that some consider her “the most influential female rapper of all time”. Her rapping is distinctive for its fast flow and the use of alter egos and accents, primarily British cockney. Minaj is known for her colorful costumes and wigs. In April 2013, Minaj became the most-charted female rapper in the history of the Billboard Hot 100.” Her recent rant on Twitter over not being nominated for VMA’s Best Video of the Year got huge coverage and turned ugly when America’s sweetheart singer Taylor Swift accused her of pitting women against one another. Taylor later apologized. On the VMA event, Nicki took a swipe at another musician, throwing a shade at Miley Cyrus who appeared disgruntled by the mention.

Not exactly a new kid on the block, but one who decimated her squeaky clean Disney image through tongue-in-cheek attitude and a lot of twerking! The singer-songwriter has had five non-consecutive number one albums on US Billboard 200 and was named the most charted teenager in the Guiness World Records 2011. Also declared Artist of the Year by MTV, Cyrus caused a furor while twerking to the tunes of Robin Thicke at the 2013 VMAs.

With a career spanning more than half a century, the woman with the golden voice was a victim of domestic abuse. Not to be downtrodden easily, she regained her self-respect after filing for divorce from her husband who literally left her almost bankrupt. She launched her comeback with great hits “Let’s stay together,” and “What’s love got to do with it.”

The better-half of the legendary US singer, Johnny Cash, June is known for her string of hit singles. According to diffuser.fm: “Some say that June Carter Cash became famous thanks to her husband Johnny. But she earned her success on her own, with solo cuts like ‘The Heel’ and ‘Jukebox Blues.’ She won a Grammy, acted alongside Robert Duvall and appeared in various TV shows. And if that isn’t enough, she also published two books: a 1979 autobiography and a memoir more than two decades later. Plus, she co-wrote her husband’s classic ‘Ring of Fire,’ which is totally badass.”

One of the only 20 artists to achieve “GET” status by winning the prestigious Grammy, Emmy as well as Tony awards, Cyndi Lauper has sold over 50 million records and 20 million singles worldwide. Inducted in the Songwriters Hall of Fame in 2015, her solo album “She’s so unusual” in 1983 was the first debut female album to chart four top-5 hits on the Billboard Hot 100 including the timeless “Time After Time.” In 2007, she co-founded the True Colours Tour for human rights across the United States and Canada.