ICTs have revolutionized the way we live our lives. Smart technologies and new media has not only empowered us socially; but have played a pivotal role in fueling global economic activity.... 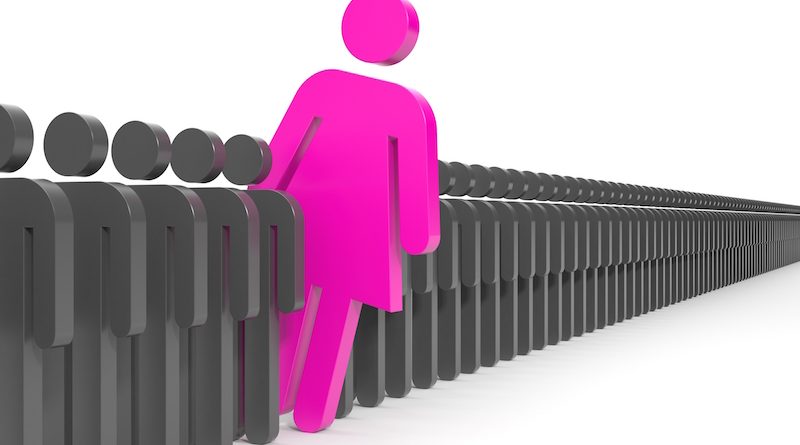 ICTs have revolutionized the way we live our lives. Smart technologies and new media has not only empowered us socially; but have played a pivotal role in fueling global economic activity. Viable growth within the constraints of the planet’s finite resources is only plausible if the infinite potential of human resource, particularly that of the female gender is globally realized.

Women have indeed made substantial inroads into the business landscape, displaying strategic entrepreneurial acumen. Penetrating the male dominated Information and Communication Technology (ICT) sector, however, is another matter. In recent times, there has been much debate over the ‘digital gender divide’ and the crucial need of including women in the knowledge economy. In a 2011 case study entitled “Women, Innovation and the Knowledge Economy,” published by Women Enterprise and Employment Development (WEED) for the European Regional Development Fund, Professor Gill Scot comments: “Today, women account for only 20% of technology professionals and, in recent years, fewer girls have pursued science and technology-related academic studies and careers. This provides a problem for the IT industry, as it needs many more workers in the next five years. Women’s representation in the computing and information technology workforce has been falling from a peak of 38% in the mid-1980s.” The scenario is bleaker for women in the MENA region as well as India and Pakistan.

Viable growth within the constraints of the planet’s finite resources is only plausible if the infinite potential of human resource, particularly that of the female gender is globally realized.

Roadblocks curtailing women empowerment in the ICT sector does not only stem from conservative notions of their role (as an obedient wife, daughter and sister) in traditional societies, especially in the Middle East and South Asia, there is also an enduring perception that ICT is a male dominated sector, marginalizing women to lower level jobs. Moreover, the different attitudes of both men and women toward technology and divergent motivations in its utilization distinctly illustrates gender segregation and widening of the digital divide.

According to an article ‘Gender Equality in Broadband Access in Pakistan,’ the writer remarks: “Women’s welfare and economic empowerment is a vital issue for women’s in Pakistan. Women are central to economic and social development in any community and make a major contribution to the socio-economic growth. Majority of the population of women in Pakistan are in rural areas which are traditionally poorer and have less access to social support services and infrastructure. Similarly, women potential to exploit ICT as a tool for empowerment and development is constrained in different ways. Factors such as connection cost, accessibility, literacy, age, economic condition and culture among others have disadvantaged women to improve their socio-economic conditions. The uneven distribution in access and consumption of ICT technologies have also contributed to the widening digital gender gap in Pakistan.”

With the world still reeling from the global downturn of the yester-years; it is inevitable to take women – forming one half of the potential talent base of the world – into account when it comes to sustainable growth and development. On the national level, pro-women policy making pertaining to equal opportunities in the ICT sector, Internet accessibility, literacy and training is the need of the hour. The ultimate question is can policy makers and business heads work together in order to remove these barriers; enabling women to penetrate the ICT market and thereby stimulating real progress?

Education in the UAE