Ask not for whom the bell tolls: it tolls for thee

Sabeen Mahmud talks about humanism, empowerment and the Pakistani society with Ananke's Sabin Muzaffar in what is considered to be her last interview. 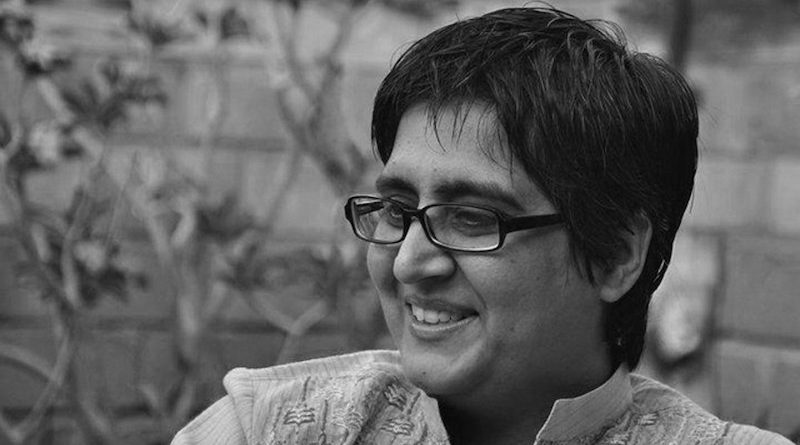 In a city that reeks of corruption and is plunged deeply into stifling fear, where free speech is tantamount to murder, Sabeen’s fate, it seems, was already sealed. And so it was a dark and dreary night of April 24th, 2015, when she was shot dead by ”unknown assailants.“

In a city possessing a gluttonous thirst for innocent blood, Sabeen had the courage to introduce platforms (T2F and Peace Niche among others) that promoted “democratic discourse and conflict resolution through intellectual and cultural engagement.”As her mother had said to another activist Mama Qadeer minutes before both mother and daughter, were shot – the latter fatally: “One has to stand for what one believes in.”

Indeed, her initiatives were as groundbreaking as they were necessary. According to the café’s website: “T2f has contributed to revitalizing Karachi’s cultural landscape and has provided an alternative, independent, safe space for discourse.”

Talking exclusively to ANANKE recently, Sabeen had said: “T2F has acquired influence over the years. We try to create a space where no one feels uncomfortable, be it an older person, a student or even someone who has come to work at T2F. He or she should not feel out of place. There are not many places where women can actually sit alone. So we try to create an environment where they can feel comfortable, away from prying eyes and minds filled with obnoxious ideas.”

In times when the world is abuzz with lofty ideals of women empowerment and feminism, Sabeen had a unique approach to gender mainstreaming and parity. Talking about the general mindset of different societies, she remarked: “Chauvinism is widespread throughout the world. I think gender stereotyping happens traditionally even before birth. Clothes, toys for boys and girls segregate the two genders even before they step into the practical world. These traditions and customs are, in fact, very divisive in nature. As a society, we seldom focus on humanism. The debate now centers on feminism, which has given rise to polarization. So instead of bringing people together, it has further divided them.” Adding she said: “People just want solutions without even trying to understand what the problems are. I also think before any discussion, the need of the hour is to discuss humanism. Yes, promoting women is an affirmative action but girls also need to realize that they have to stand up and do something rather than just sitting around, because sometimes women are their own worst enemies.”

Sabeen knew the importance of interaction and engaging with both young and old alike, to trigger debate that could lead to social accountability and the much need transparency in the terror-afflicted megapolis of Karachi.

“Of course, interaction is more important than rhetoric – where people just talk and do not engage in a conversation especially with the youth, listening to what they have to say and what problems they face. You know, we don’t listen… but sometimes just hearing what others have to say and giving them even a tiny bit of advice can change the course of someone’s life. Moreover, I also think one shouldn’t be trapped in being just women-focused. We all have to co-exist in a world where there are all types of people. ” was her concluding message in the interview.

She was shot fatally in her car while her mother, who was also in the vehicle, sustained serious injuries.