On being female, sick and dying

Claire Dangalan delves deep into the issue of gender inequality and its impact on women's health. 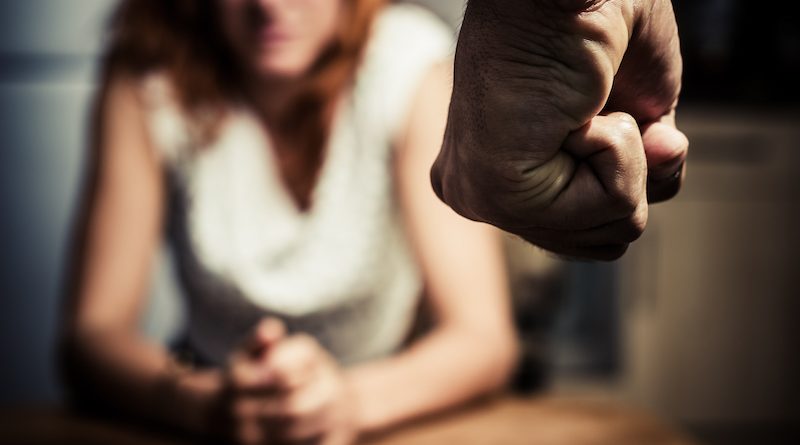 When we read the news or come across statistics on national or global health concerns, does the word “sex” cross our minds? Does it matter at all, other than just being a mere demographic term?

The widespread use of social media has also enabled us to easily, even accidentally discover articles of interest like those on health and fitness. Through social media, we have been exposed to the obesity problem and to those seriously ill from anorexia nervosa, but have never really made a distinct connection between such health problems, and the word “gender” and all that it has come to represent.

According to the World Health Organization’s (WHO) “Multi-country Study on Women’s Health and Violence against Women” (2005) which involved females aged 15 years and above, covering 15 sites and 10 countries, that is, Bangladesh, Brazil, Ethiopia, Japan, Peru, Namibia, Samoa, Serbia and Montenegro, Thailand and the United Republic of Tanzania, the incidence of “physical and sexual violence is extremely common in women’s lives.” The study covered injuries resulting from physical violence, intimate partner violence (IPV) and mental health, IPV and reproductive health, and miscarriages and induced abortions, among other things.

Societies, in general, have traditionally allocated more resources for the protection of the male sex. In the book “Encyclopedia of Women and Gender” (2001), it states that “In the developing ‘classic patriarchy’ countries of Asia, Africa and the Middle East, sick boys are more likely than sick girls to be taken to a physician or hospital.”

Another study which focused on the Gauteng province of South Africa reveals that “A quarter of the women who experienced physical violence sustained injuries… almost one third of the women in the Gauteng sample who were sexually or physically abused by an intimate partner contracted a sexually transmitted disease (STD)”. This report was published in 2011, and involved a sample of 511 women and 487 men.

The “Ending Violence against Women and Girls Programming Essentials” (2013) paper by UN Women, cites a summary of a key finding shared in the “Council of Europe” (2000), “Women and girls are at risk of different forms of violence at all ages, from prenatal sex selection before they are born through abuse of widows and elderly women. While sexual violence affects women of all ages, the changing nature of women and girls’ relationships (with family members, peers, authorities, etc.) and the different environments (at home, in school, at work, within the community, etc.) in which they spend time expose women and girls to specific forms of violence during each phase of their life.”

It further iterates that “Violence harms reproductive, maternal and child health as gender-based violence severely restricts women’s ability to exercise their reproductive rights, with grave consequences for sexual and reproductive health… Violence fuels the HIV and AIDS pandemic. Young women are at especially high risk of both HIV and gender-based violence: they represent approximately 60 percent of all the 5.5 million young people in the world living with HIV and AIDS… Life is dangerous for women and girls in city slums. Women in poor urban areas are especially at risk of physical and psychological violence. They are twice as likely as men to experience violence, particularly in developing countries. In São Paulo, Brazil, a woman is assaulted every 15 seconds.”

Societies, in general, have traditionally allocated more resources for the protection of the male sex. In the book “Encyclopedia of Women and Gender” (2001), it states that “In the developing ‘classic patriarchy’ countries of Asia, Africa and the Middle East, sick boys are more likely than sick girls to be taken to a physician or hospital.”

But the question here is: why?

What is it to be female?

In fundamentally patriarchal societies, men control: politics, economics, norms, religion, etc. Women are expected to naturally be inured into being submissive, compliant and pleasing in all aspects. Men are raised to lead, and women to follow.

Socialization has been a subject of a lot of study and debate in sociological and academic circles for its effect on gender roles – how we relate with ourselves and, more importantly, with each other.

Feminist blogger Amy Marie Austin has this to say in her work “Patriarchy and The Problem of Being Born Female”:

Socialization has been a subject of a lot of study and debate in sociological and academic circles for its effect on gender roles – how we relate with ourselves and, more importantly, with each other.

However, gender roles also impact our health – emotional, mental and physical. In fact, both males and females can be negatively affected, health-wise, by societal expectations.

See below excerpt from the World Health Organization’s webpage on “Gender, Women and Health”:

Both gender differences and gender inequalities can give rise to inequities between men and women in health status and access to healthcare. For example:

Aside from the aforementioned obviously critical effects of gender inequality on health, our obsession with physical attractiveness – whatever the society one is in deems attractive – can also affect our emotional and mental well-being.

Bulimia, anorexia nervosa, obesity, exercise addiction, smoking, drug use and unnecessary multiple cosmetic surgery and medical procedures are some of the manifestations of stress emanating from our desire to be physically attractive to others especially the opposite sex.

There is so much more to be said about the dialectics of health, sex and gender, and other subjects and resources to be covered and quoted, but the purpose of this article is to get people thinking… again.

We have already made progress in terms of improving access to medical facilities and healthcare for all, but for some countries, development in these areas has been long and painful, especially when it comes to advancing the cause for women.

To protect women against violence, the paper by UN Women cited earlier in this article states that “There are protective factors that can reduce women and girls’ risk of violence, including completion of secondary education for girls (and boys); delaying marriage; women’s economic autonomy and access to skills training, credit and employment; social norms that promote gender equality; quality response services (judicial, security/protection, social and medical) staffed with knowledgeable, skilled and trained personnel; availability of safe spaces or shelters; and access to support groups.”

We have already made progress in terms of improving access to medical facilities and healthcare for all, but for some countries, development in these areas has been long and painful, especially when it comes to advancing the cause for women.

But it can be done, especially with the support of everyone, especially civil societies, governments, policy-makers and legislators, and, of course, the people.

To sum up, the Gender Equality webpage of the Cayman Islands states, “Ideas about gender are socially constructed and constantly changing. When we start to address these stereotypes and inequalities, boys and girls and men and women can all learn positive ways to promote well-being. It is therefore important to increase awareness of the role of gender norms, values, and inequality in perpetuating disease, disability, and death, and to promote gender equality through social change”.