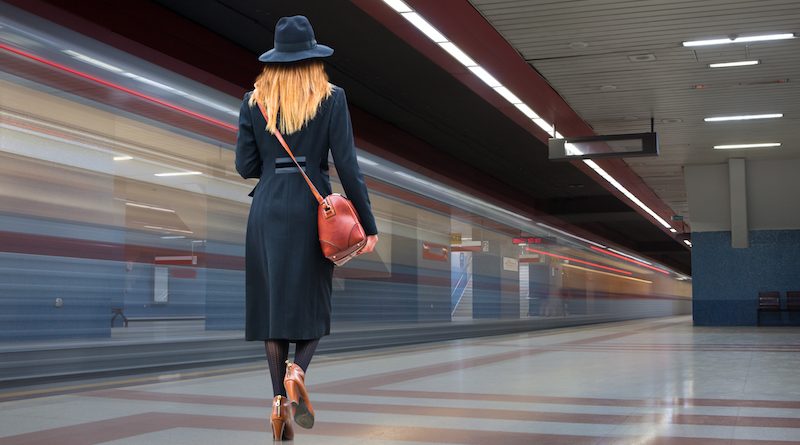 The ability to move freely and have full control over movement plays an influential role in a woman’s economic emancipation. It is not untrue to claim that true empowerment is only possible through improved mobility which enables women to take control over their lives, have access to education, markets and exposure to information. That said, it is a bitter pill to swallow that the female gender suffers some of the worst acts of sexual harassment and violence while using public transport.

In 2012, a 23-year-old woman was raped in New Delhi who later succumbed to her internal injuries. Her ‘mistake’ was boarding a public bus at 8.30 in the evening.

According to a report published by Thomson Reuter Foundation: “Six in 10 women in major Latin American cities report they’ve been physically harassed while using transport systems, with Bogota, Colombia, found to have the most unsafe public transportation, followed by Mexico City and Lima, Peru.”

We live in a world with deep-seated patriarchal mindset where women behaving out of the ordinary or what is perceived to be ‘normal’ becomes a target of predators, many extraordinarily justifying the act by saying that ‘she had it coming!’

It is important to note that not only environment, but culture, age and geography all greatly influence the movement and travel practices of women. Nonetheless, women regardless of where she hails from – rural or urban areas, developing or underdeveloped countries – frequently experience many forms of harassment from an unwelcome comment to inappropriate touching and even rape!

We live in a world with deep-seated patriarchal mindset where women behaving out of the ordinary or what is perceived to be ‘normal’ becomes a target of predators, many extraordinarily justifying the act by saying that ‘she had it coming!’

According to IndunaMag: “The impact of the fear of violence is significant. Firstly women will adopt all manner of precautionary measures and strategies in order to protect ourselves. These lead to our changing our behavioral patterns – including how we dress, and we are made to feel responsible for any harm that befalls us in public spaces. Victim blaming is rife. As a result, women will tend to avoid travelling unless absolutely necessary, as hyper-vigilance is tiring.”

It is therefore safe to assume that this immobility has led to limiting woman’s access to resources, disallowing her from participating in economic activity, causing segregation and reinforcing unfair gendered roles in society.

Acknowledging the issue and realizing the importance of addressing it, a number of campaigns have been launched by different groups and communities globally.
The Transport of London (TfL) launched the Safer Travel At Night campaign to ascertain as well as understand women’s specific concerns. According to TfL: “The 2014 Safer Travel at Night campaign aims to make people aware of the dangers of picking up un-booked minicabs off the street, such as robbery and sexual assault.   In 2013/14 the number of cab related sexual offences in London fell by 15 per cent compared to the previous year, with specific rape offences down 30 per cent.” It has been lauded as one of the most comprehensive efforts by transport operators to meet the ‘distinct needs of women.’

Other campaigns such as woman-only buses, pink taxis etc are all positive steps in the right direction, but they are only a start. And one can also tentatively claim these are but temporary actions which will not fully weed out the problem unless deeper issues are addressed.

In order to address and resolve this issue and create safe spaces for women as far as travel and transportation is concerned – the need of the hour is a public, all inclusive dialogue that welcomes all stakeholders – women, men, public transport operators, policy makers as well as those striving to resolve this problem.

Improved mobility to empower women by the use of technology is also an effort that should not be ignored. TfL’s #HomeSafeSelfie or Pakistan Innovation Foundation’s #TakeBackTheWheel are indeed great initiatives that help women even take full control of their safety and well being.

In order to address and resolve this issue and create safe spaces for women as far as travel and transportation is concerned – the need of the hour is a public, all inclusive dialogue that welcomes all stakeholders – women, men, public transport operators, policy makers as well as those striving to resolve this problem.

One way of doing so is by harnessing the power of social media. It is fundamental to ascertain target audience as well as determine the most viable forum for discussion. While Twitter is a platform for relatively savvier users, Facebook boasts formidable numbers of female users even in developing and underdeveloped countries. This could in fact be a starting point of a blueprint.

Technology can play a pivotal role in raising awareness via enhanced data collection through digital or physical citizen engagement such as polls, referendums, panel discussions etc.

Successful adoption of any application – tech or otherwise can only be possible by including stakeholder voices that will not only lead to reduction of offences but also create a safer travelling environment.

According to the UN WOMEN

Sexual Harassment refers to unwelcome sexual comments, attention, actions, or gestures. Like other forms of sexual violence, the key components of sexual harassment are the actions taken without the consent, permission, or agreement of the person or persons targeted. Sexual harassment can include non-contact behavior, such as sexual comments about a person’s body parts or appearance, whistling while a woman or a girl is passing by, demands for sexual favors, sexually suggestive staring, following, stalking, and exposing one’s sexual organs. Sexual harassment also includes physical contact, such as grabbing, pinching, slapping, or rubbing against another person in a sexual way. Some elements of sexual harassment may be covered by criminal law. However, many elements may require civic action, which might involve educational and administrative responses.

Sexual Violence refers to any sexual act committed against the will of the other person, either in the case where the victim does not give consent, or when consent cannot be given because the person is a child, has a mental disability, or is severely intoxicated or unconscious, perhaps as a result of alcohol or drugs. It encompasses both sexual harassment and other forms of sexual assault such as attempted rape, and rape. It includes acts such as genital mutilation/ cutting, forced sexual initiation, forced prostitution, trafficking for the purpose of sexual exploitation, and other sexually motivated forms of violence.

Violence against women and girls (VAWG) refers to any act of gender-based violence that results in, or is likely to result in, physical, sexual or psychological harm or suffering to women and girls, including threats of such acts, coercion or arbitrary deprivation of liberty, whether occurring in public or in private life. (Definition from the UN General Assembly 1993 Declaration of the Elimination of Violence Against Women).

Dancing to the tunes of women rebels