Claire Dangalan talks about the global phenomenon of staying trendy becoming a larger than life experience. 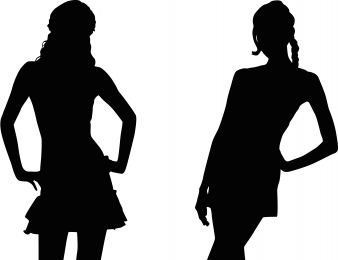 GAP, Forever 21, Zara, H&M, Mango, and so many others… we love them. We love being able to update our wardrobes every few months, or even every month if we want to. Those who have more buying power shop at these places virtually every single day. Thanks to “fast fashion” or “value fashion” – everyone gets to be a shopaholic, and always on-trend. Oh wait, not everybody, almost… in this world.

Way back in history, women used to make and mend their own clothes, and going to a dressmaker or a tailor was considered a bit of a luxury. Products of the textiles, clothes, leather and footwear (TCLF) industries, e.g. ready-to-wear (RTW) clothes which eventually became fashionable in the latter part of the 20th century, changed everything. RTW was usually cheaper to buy, easily accessible, and always patterned after the latest fashion craze. However, in the early days of TCLF, there were only two main seasons: fall/winter and spring/summer. And according to a 2014 report by the International Labour Organization (ILO), “Business was supply driven, production cycles were predictable, the supplier base was usually regional and relatively stable…”

The globalization phenomenon that followed made staying trendy a larger than life experience. On one end, shoppers, always on the lookout for the latest fashion buys and discount sales go on a buying frenzy (see “Black Friday” in the US) during major seasonal sales, while on the other end, workers in the textile and garments industry have to continually cope with ever-increasing productivity demands and rapidly diminishing earnings as contractors and sub-contractors are forced to submit to the need of global fast fashion brands to offer fashion at the lowest possible price. It must be noted, though, that the effects of globalization on TCLF was not consistent in the four sectors as changes in global trade agreements directly impacted the clothing and textile industries; hence, changes and seasons in the leather and footwear sectors have been more gradual overall.

Way back in history, women used to make and mend their own clothes, and going to a dressmaker or a tailor was considered a bit of a luxury.

When it comes to clothes, quite obviously, choosing and buying the fabric you need and then selecting a style that you want your dressmaker to follow, and then waiting to get the dress finished takes a lot longer than simply going to your store (physical or virtual) of choice and simply buying something off the rack (or from online catalogues). According to the Ethical Fashion Forum, “A Cambridge University study reports that in 2006, people were buying a third more clothes than they were in 2002, and women have four times as many clothes in their wardrobe than they did in 1980. Women are also getting rid of similar amounts each year.”

In short, we have reached new heights when it come to our capacity to buy the clothes we want and not have to consider what we waste, and not have to exert any effort to mend or repair small wardrobe problems like a missing button or a hem that needs stitching because, hey, might as well buy a new one!

How much do workers get?

Before we move on to how much workers in the garment/clothing industry actually receive as compensation for the work done, we need to know a little about the workings of the system that has continuously pushed factory workers’ earnings down.

Sudden shifts in what’s in vogue has made work in the garment industry more challenging and competitive as garments/clothes manufacturers have to keep up with the more frequent changing styles and demands in the fast fashion industry. Lucy Siegle’s words in her article “Britain’s appetite for fast fashion is pushing workers into starvation conditions” (2010) sums things up perfectly: “The fashion industry’s two seasons a year have been replaced in high-street shops by 30 to 50 mini-seasons. A CMT (cut-make-trim) factory in India, Bangladesh or Cambodia must be hyper-responsive to cope with design changes from offices in Europe. A last-minute fax insisting that a button needs to be moved sends a poorly-funded, badly-managed factory into a panic. Third-world firms will never tell Western retail superpowers that an order is too difficult, so workers simply must finish it.”

The workers that produce what most of us so avidly shop for and so eagerly wear come in different categories. Once upon a time, there were mostly regular workers employed in garment manufacturing firms; however, globalization and the demands of fast fashion have made it more profitable (cheaper) to employ workers on contractual basis, making paid work seasonal and dependent on the needs of retailers, and have popularized the practice of getting casual or informal workers who work on a piece by piece basis, at home. Even with the advent of so-called ethical trading practices, local governments have turned a blind eye to unfair and inhumane labor conditions especially where the level of unemployment is high and a constant supply of labor is available to replace those who can no longer tolerate whatever system is already in place.

Back in 2010, in the report “Taking Liberties”, it was found that in India, “Factory helpers were paid £60 a month, less than half of the living wage; workers at some factories worked up to 140 hours of overtime each month, working until 2am; 60% of workers were unable to meet production targets – in one factory the target for each worker was to produce 20 ladies shirts every hour.”

Currently, Bangladesh, Vietnam, India, Pakistan, Cambodia and Sri Lanka, which belong to the list of top 20 clothing industry producers, have the lowest minimum wages in the industry. In the 2014 report of ILO, the monthly “temporary rate for industrial zones” for clothing industry workers falls at less than USD 100 in Indonesia, India, Pakistan, Bangladesh, Myanmar and Sri Lanka.

Factory helpers were paid £60 a month, less than half of the living wage; workers at some factories worked up to 140 hours of overtime each month, working until 2am; 60% of workers were unable to meet production targets – in one factory the target for each worker was to produce 20 ladies shirts every hour.

Majority of garment workers are women. In countries like China, Bangladesh and Cambodia, women employed in the garment/clothing manufacturing industry make up 70 percent, 85 percent and 90 percent respectively. While garment workers are, in general, an exploited group, women workers are usually subject to certain forms of abuse such as systemic discrimination (e.g. lower wages than men doing the same type of work), low job security, and poor prospects of promotion (“Exploitation or emancipation? Women workers in the garment industry” by Emilie Schultze, Fashion Revolution).

We now know that other people – the producers themselves, i.e. garment workers – shoulder a large part of the expense we are supposed to pay as customers at the end of the clothing supply chain. And the more we buy and demand for the latest fashionable clothes to be available at the lowest possible price, the more will the cycle of exploitation continue. “Sweat shops” only exist because what we do helps perpetuate their existence.

On the retail side, a lot of high street, fast fashion retailers have begun to review their own practices and how these impact the entire production cycle, especially the workers. However, most of their decisions and actions designed to alleviate the plight of clothing factory workers are the result of pressure from various interest groups and their desire to maintain good PR with their public. Only a few actually apply ethical business practices built into the core of their enterprise. Companies like Elroy, People Tree, M. Patmos and Loomstate show how businesses can still make decent profits while built upon ethical business practices and sustainable business models whether or not production takes place closer to home or somewhere overseas.

Fast fashion doesn’t just affect the workers, it also affects the environment as more waste is produced in the process; yes, even with the prevalence of “flea markets.” Why should we dispose of things that are actually still wearable just to have the next new thing?

It is not just the garment workers, in general, who suffer, their children, their families do, too. Just as we desire a bright future for our children, so do they. We are all the same at the basic level, we all want nice things… but before we reach out for that new blouse or shirt because what we bought last month is so yesterday, maybe we should think twice first and ask ourselves, “do I really need this?”