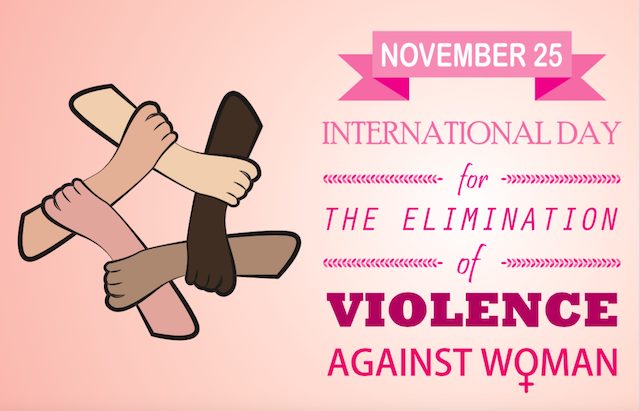 November 25th, 2015 marked the International Day for the Elimination of Violence against Women. This day was the beginning of a ground-breaking global campaign ‘16 Days of Activism’ that aimed at raising awareness about the far-reaching effects of gender based violence. The initiative drew to a close on December 10th 2015, by celebrating the International Human Rights Day.

The campaign theme for 2015 was “From Peace in the Home to Peace in The World-Make Education Safe for All” and aimed at bringing about change against one of the world’s most persistent violations of human rights: violence against women.

#16daysofActivism is an international movement of solidarity. Aligning with UN’s Sustainable Development Goals, Ananke, a digital magazine celebrating visionary women across the MENA region and beyond, organised a series of tweetChats. Titled “Empower Women, Eliminate Violence” showcased four separate chats: Paint the World Orange, Rise Against Inhumanity, Say No More and Change The Narrative. The event, powered by the UN Women Global Champions 2015-2016 and EmpowerWomen.org, was a first of its kind as it focused on each continent separately during every chat session. Using the hashtags #Orange #16DaysofActivism and #ChangetheNarrative as well as #OrangeAsia #OrangeAfrica #OrangeAmericas #OrangeUS #OrangeEuro and #OrangeAus, the tweet events successfully created an international buzz regarding issues of GBV. Numerous international entities such as Safe World For Women, WellNS, Human Rights News, DW – Women Talk, Friends of UNAOCC etc. participated in the event.

Topics such as violence against women by intimate partner, Gender Based Violence (#GBV) and refugee women, role of technology and education in the elimination of GBV, harassment at the workplace, violence against rural and urban women were some of the topics that were discussed in detail during the sessions.

Addressing GBV is the foundation for human rights, peace, democracy and strong sustainable economies. It is essential for communities to rise above persistent patterns of violence and exclusion to create positive inclusive spaces for both women and men. An essential part of equality and justice is to celebrate a woman’s autonomy and challenge the restrictive gender roles that violence is built upon.

It is essential that we as individuals as well as global citizens continue each and every day of our daily lives to strive towards gender equality and build communities that are violence free zones.

Role of Gender in Thyroid Cancer

Empowered Voice of the Filipina