For the love of the game?

Claire Dangalan talks about sexing up sports and fitness. 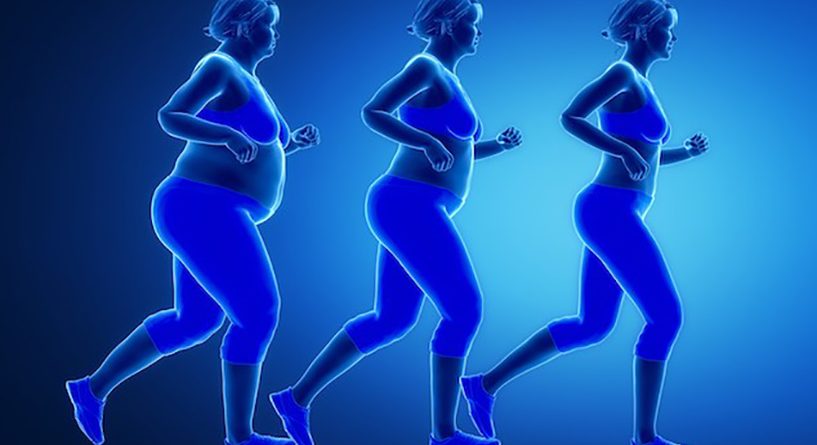 As women all over the world continue to demand that their voices be heard, the place of women in sports and fitness seems to be lost in a cloud of uncertainty

Admit it, at least at one point in your life, whether you succeeded or failed, whether as a fitness neophyte, sports enthusiast, or an aspiring athlete, you wanted to be fit, and swore to take steps to achieve a certain level of fitness.

And as you became more committed to your quest to be and stay fit, or to become an athlete, you found yourself watching more and more fitness videos, and collecting both sports and/or fitness magazines.

Whether you are into lifting weights, CrossFit, yoga, Zumba, and other types of fitness programs, or involved in a particular sport, you must have noticed… you would certainly not have missed the huge posters, billboards, print/TV ads and digital/online commercials showing fitness gurus and/or athletes in various provocative poses and levels of undress. This is not to say that ALL marketing images used are sexually suggestive, though. But the ones out there simply cannot be ignored.

The ad may show an image of a man or a woman, all shiny and sweaty from a workout or practice. What message it conveys is supposed to inspire you or stir you into action. Buy certain athletic or fitness gear, purchase a certain brand of running shoes or swimwear, or try a different fitness regimen to challenge your body… whatever the message, some ads leave you wondering why the model was posed or (un)dressed a certain way.

Are such campaigns designed to be provocative or controversial, or titillating at worst?

The sexualization of women in sports and fitness

Maggie then proceeds to show examples of women portrayed in various fitness/sports publicity/marketing materials. The first image in particular is striking as it shows a group of female bodybuilders with their backs to the camera, scantily-clad (of course), wearing heels and, in what appears to be, in a semi-twerk-like pose, slightly bent forward, with their butts jutting out and staring at the camera.

Laura Hill, writing for the Huffington Post, in “Putting the Freak Into Fitness – the Sexualisation of Women in the Fitness Industry,” says that “What seemed to start out as a way of encouraging more women to workout in order to maintain a healthy lifestyle, through initiatives such as CrossFit’s ‘strong is the new skinny,’ has now been hijacked by the moneymakers and turned into another case of sexualised marketing. Marketing where women are being motivated to workout purely to look sexy and for attention from men.”

But this sexualization of women in sports and fitness is nothing new.

In ESPN’s Nine for IX 2013 video series segment called “Branded,” the history of women athletes, whether they be exemplary athletes in their field or not, being used for marketing reasons is explicitly discussed.

Top seed tennis champ Chris Evert, who has 18 Grand Slam singles titles to her name, was among the first women professional athletes who benefited from her skills in becoming respected and well-known, and from her looks for increasing her income and value.

Not a champ but certainly good-looking, Anna Kournikova, a member of the younger generation of tennis pros, amassed commercial deals by banking on her attractive appearance and charisma – looks that certainly worked on her global audience.

In the same documentary, Sports Illustrated Senior Writer Jon Wertheim says this of Anna Kournikova, “With Anna Kournikova, they signed her very early… they saw her talent. This was seen as more than just a sport, this was really a vehicle to something bigger. She was worth a lot of money to a lot of people. Eventually someone realized that she had certain assets in addition to her tennis that could help with her marketing.” Kournikova was groomed at a very young age and was truly keen about tennis, but her looks certainly got her the better end of the deal than her abilities as shown in her record of performance against other tennis pros.

Even Chris Evert, for her part, says, “The truth of the matter is, whether you like it or not, the feminine women athletes… you know, they were the only ones that got the (commercial) endorsements.”

Actually, this subheading is supposed to say: Sports as business. Men as athletes. Women as entertainers.

Why? Because it’s the truth; ugly? Yes. But true, nevertheless.

Sports and fitness have both evolved from simply being very specific venues of self-expression and self-actualization. They have been turned into moneymaking ventures, businesses meant to generate profit.

We see this in the “ownership” of certain sports teams, trading of players, and in the practice of image management and marketing, commercial endorsements for the most attractive players, and sponsorships for the champs.

In “Branded,” sports agent Jill Smoller says, “Unfortunately, sports is entertainment now. So you have to do the best with what your assets are. You have to take advantage of them. Obviously, it helps when someone has more of a total package.”

The package here being your athletic abilities (pro or sub-par) AND your looks. You may be described as cute, sexy, supermodel-like, exotic, etc. It doesn’t matter as long as you have a winning image, though not necessarily a winning streak.

To the question,” How does a female athlete navigate her career once she’s made it?” Mary Lou Retton, a retired gymnast and Olympic gold medalist, answers, “Well, there are two categories: either wholesome all-American squeaky clean… or sexy vixen. Why is our society today like that? Why do women today have to be like that and the men don’t?”

ESPN Business Reporter Darren Rovell says, “A woman athlete needs to extend their brand. They need to move without the ball. Create relevance, create news. Create people talking about you when you’re not playing the sport.”

Again, Anna Kournikova succeeded in doing exactly this. She has long since quit the world of pro tennis, but her image as a sex symbol remains. Danica Patrick, who continues to make waves in the car racing circuit, has also built a substantial nest egg from her numerous commercial endorsements, with some of her more popular ads portraying her in racy attire and sexually suggestive poses.

To the question,” How does a female athlete navigate her career once she’s made it?” Mary Lou Retton, a retired gymnast and Olympic gold medalist, answers, “Well, there are two categories: either wholesome all-American squeaky clean… or sexy vixen. Why is our society today like that? Why do women today have to be like that and the men don’t?”

American soccer goalkeeper, two-time Olympic gold medalist and World Cup gold medalist Hope Solo, also on “Branded,” says, “You look at male athletes… they can make their entire living based off of their skill. For female athletes, we make most of our money on the side.”

Sports marketer Leonard Armato is not so subtle in his part of the segment, “If you look at why the media focuses on women in sports, the sex appeal has to be part of the equation… In our society, what makes a man valuable? Power, money, influence. What makes a woman valuable? Her currency is how attractive she is… I mean, that’s really the bottom line… The only women that have gotten any real attention are those women that are actually very attractive. And really our press doesn’t give women full credit for being great athletes. For example, women’s basketball – it doesn’t fit squarely with the way our society wants to view women… The proof is in the pudding… they’ve (WNBA) never been able to generate mass audience. I just think the way the game is presented has to be changed if they want mass appeal… Don’t shoot me for it, but if you want to be successful as a woman who’s an athlete, sex appeal has to be part of the equation. Why do you people take notice of beach volleyball – because they’re in bikinis.”

The case of lingerie football

Something, I am happy to report, that America (and the other countries participating in it) has not been able to export to our side of the planet is the Lingerie Football League, founded in 2009 (though their events started much earlier), and later rebranded as the “Legends Football League” in 2013.

Women in tiny pieces of clothing, wearing helmets and shoulder pads, play American football, tackling each other, throwing the ball, cursing and even engaging in brawls – all the while providing some form of entertainment to their eager audiences, mostly men. One look at their “sports” attire won’t leave one guessing as to how much (or how little) protection their gear actually provides.

By all appearances, they are playing an aggressive, physical sport – but the very origin of their organization, the name it once had and continues to stand for (the lingerie), all belie the players’ so-called desire to be treated the same way as male athletes.

Just like the nearly pornographic depictions of female fitness trainers / gurus and professional athletes, lingerie football players have set back what the women’s movement has stood for, by a couple of years at the very least.

What they have succeeded in doing differently is adding an obviously strong sexual element to an already aggressive sport – which, strangely although not surprisingly, is what players in other sporting events are expected to emulate albeit in more moderate versions; that is, including WNBA, which, in spite of the athletic prowess of the pro players, continues to flounder in terms of viewership stats.

Is society simply being fed what it wants?

Is the objectification of women in fitness and sports simply a mirroring of how we see ourselves? How society sees us? If so, there, again, we have a structural issue – something that goes beyond each individual woman or man; more importantly, however, it is also something rooted in each individual.

We say “the whole is greater than the sum of its parts” – but there is no whole without the parts.

That would be us, the analytical, critical thinking parts making up the whole.

We can definitely change what is. And we can start by speaking up.

On Alfonso Moretti’s website “The Angry Trainer,” he says, “When a trainer’s workout and routines become MORE about showing skin and sexual poses, and less about the actual routine – I have a problem. To be honest there are quite a few women out there who, if they weren’t naked, would have no one listening to them.”

We know this to be so; why not stop it now?

There are already people in the fitness industry voicing out their observations, and athletes and other industry stakeholders already know. Something, surely, has gotta give.

Fitness and sports may have been transformed into enterprises feeding corporate greed, but people can always turn things around.

In “Branded,” ESPN Business Reporter Darren Rovell says, “In order for women’s sports to survive, you need men to be into it.” What is he trying to say?

For better or for worse, in fitness and in sports, we’re all in this together.

Achieving empowerment of the Arab Woman