45.8 million people ensalved across the world

28% more people across the world are trapped in modern slavery than previously estimated, according to the Global Slavery Index 2016. 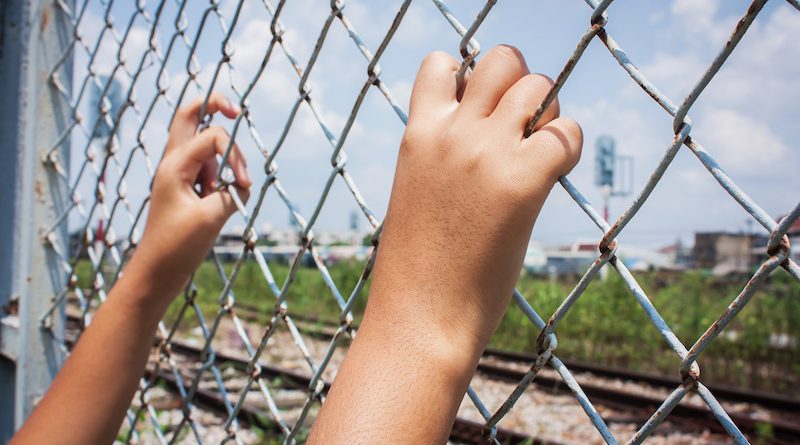 Dubai, UAE, May 31st, 2016: An estimated 45.8 million men, women and children around the world are today trapped in modern slavery – 28% more than previously estimated. They are enslaved through human trafficking, forced labour, debt bondage, forced or servile marriage or commercial sexual exploitation. This is revealed in the 2016 Global Slavery Index, the flagship research report published today by the Walk Free Foundation.

In terms of absolute numbers, India remains the highest with an estimated 18.35 million enslaved people, followed by China (3.39m), Pakistan (2.13m), Bangladesh (1.53m) and Uzbekistan (1.23m). Combined, these five countries account for almost 58% of the world’s enslaved, or 26.6 million people.

The 2016 Global Slavery Index estimates that 28% more people are enslaved than reported in the 2014 edition. This significant increase is due to enhanced data collection and research methodology. Survey research for the 2016 Global Slavery Index included over 42,000 interviews conducted in 53 languages across 25 countries, including 15 state-level surveys in India. These representative surveys cover 44% of the global population.

The Global Slavery Index also tracks government actions and responses to modern slavery. Of the 161 assessed (due to the ongoing conflict and extreme disruption to government function, ratings for Afghanistan, Iraq, Libya, Somalia, Syria and Yemen have not been included), 124 countries have criminalised human trafficking in line with the UN Trafficking Protocol and 96 have developed national action plans to coordinate government response. The governments leading the charge against modern slavery are The Netherlands, the United States of America, the United Kingdom, Sweden, Australia, Portugal, Croatia, Spain, Belgium and Norway.

Some significant progress has been made by many governments since the publication of the 2014 report. The UK Government introduced the Modern Slavery Act 2015 and has appointed an Independent Anti-Slavery Commissioner, Mr Kevin Hyland. President Barack Obama closed a loophole in US law to now ban the importation of goods made with forced or child labour.

Countries such as Croatia, Montenegro, Brazil, Macedonia, the Philippines, Georgia, Moldova, Albania and Jamaica are taking positive steps to respond to modern slavery relative to their wealth.

While India has more people enslaved than any other country, it has made significant progress in introducing measures to tackle the problem. It has criminalised trafficking, slavery, forced labour, child prostitution and forced marriage. The Indian government is currently tightening legislation against human trafficking, with tougher punishment for repeat offenders. It will offer victims protection and recovery support. 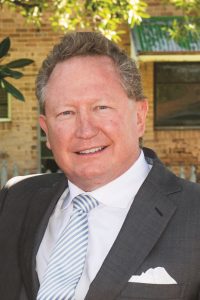 Andrew Forrest, Chairman and Founder of Walk Free Foundation, said eradicating slavery makes sense, morally, politically, logically and economically, and called on the governments of the world’s leading economies to provide an example to others by enacting and implementing robust anti-slavery measures.

“We call on governments of the top 10 economies of the world to enact laws, at least as strong as the UK Modern Slavery Act 2015, with a budget and capability to ensure organisations are held to account for modern slavery in their supply chains, and to empower independent oversight. Leaders of the world’s major economies must bring the power of business to this issue, by requiring a focus on supply chain transparency.”

“I believe in the critical role of leaders in government, business and civil society,” Mr Forrest said. “Through our responsible use of power, strength of conviction, determination and collective will, we all can lead the world to end slavery.”

Mr Forrest emphasised the key role that business needs to play in eradicating slavery: “Businesses that don’t actively look for forced labour within their supply chains are standing on a burning platform. Business leaders who refuse to look into the realities of their own supply chains are misguided and irresponsible.”

The Global Slavery Index report can be found at www.globalslaveryindex.org

The Global Slavery Index gives the most accurate and comprehensive measure of the extent and risk of modern slavery available today. It is the only global report of its kind, providing a country-by-country estimate of the number of people living in modern slavery today, an analysis of its prevalence in terms of the percentage of a national population and the total number of people enslaved in 167 countries. The Global Slavery Index also measures government responses and actions to combat modern slavery.

Over 42,000 interviews conducted in 53 languages, covering 44% of global population which supports over 150 points of methodology calculated through research analysis and algorithms which has won awards from Europe to North America. The most accurate up to date analysis of slavery in history.

The Global Slavery Index is a critical tool for governments, citizens, NGOs and businesses to end slavery. The methodology for the Index was developed through extensive consultations with an international and independent Expert Advisory Group.

About the Walk Free Foundation:

The hidden, global and complex nature of modern slavery has led the Walk Free Foundation to develop an integrated strategy to sustainably respond to this crime. This includes the generation of high quality research; a private donor fund to scale up effective interventions; engagement with the world’s major leaders, and organisations including faiths; and support for a global coordinated strategy. The Foundation also incubated a global movement of supporters with a shared vision to end modern slavery.

Tech giants in ME join forces to attract, retain women in tech