Groundbreaking initiative, Teens Weave Stars Campaign in Kenya by Teen Action gives youth a platform to champion the cause of ending violence against women. 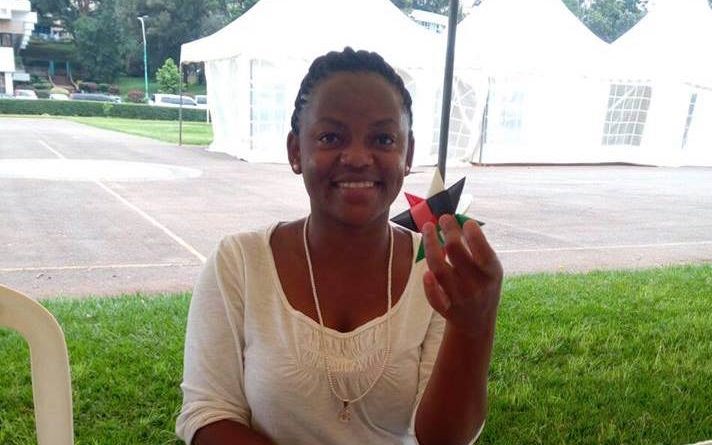 Teens Weave Stars Campaign is an initiative aimed at giving young people a platform advocating the elimination of violence against women and girls in Kenya. The initiative will be officially launched by Teen Action in Kenya, which strives to help raise teenagers as game-changers for their community and the world at large.

The campaign involves holding guided conversations with young people between the ages of 13-19 years about how domestic violence affects them, gender roles and stereotypes, gender inequality and discrimination, developing respectful relationships, preventing violence against women and girls, identifying the various warning signs of violence, forms of violence against women and girls, as well as how they (the youth) can speak out against this crime to increase awareness.

“During the course of the program, we shall not only equip young people with life-skills such as communication, collaboration, and problem-solving, but also teach them how to speak out about violence through stories, poems, pictures and video-recording etc.,” explains Gladys Muthara, Founder of Teen Action and Team Lead for Teens Weave Stars Campaign.

With the guidance of facilitators, 1000 teens will be engaged in discussions about violence and particularly their experiences. “Through this initiative, we shall not only help them begin a journey of healing; but also empower them to talk about their experiences and trigger positive change. In addition to this, we aim to start a radio phone-in show where some of our teens will participate in live discussions about violence against women and girls and how it affects individuals as well as communities. The aim of this show is to ensure that messages of young people reach perpetrators of violence, deep in the grassroots and slums, ” she added.

The Teens Weave Stars initiative entails weaving stars, symbolic of lighting up the darkness of violence in the lives of victims and the entire country. The second phase of the initiative will involve transporting these stars to Australia for display at the 2018 Commonwealth Games, as part of the One Million Stars to End Violence Project – an initiative of Maryann Talia Pau.

“As we launch this initiative on June 18th, 2016, we urge all Kenyans and the global communities to join us by weaving their stars and posting pictures on Facebook, Twitter, and Instagram. Please tag us using #Star4Zero #TeenAction and #OneMillionStars and say ‘I Support an End to Violence against Women and Girls’,” urged Gladys.

“As Teen Action, we strongly believe that young people are the catalysts of positive change; by giving them a necessary platform, skills, and guidance, we help them develop into young change agents for their communities,” the visionary concluded.

“As we launch this initiative on June 18th, 2016, we urge all Kenyans and the global communities to join us by weaving their stars and posting pictures on Facebook, Twitter, and Instagram. Please tag us using #Star4Zero #TeenAction and #OneMillionStars and say ‘I Support an End to Violence against Women and Girls’,” urged Gladys.

During the 57th UN session of the Commission on the Status of Women in 2013, Dr. Naomi N. Shaban, Minister of Gender, Children and Social development and head of delegation Kenya said in a statement: “The Government of Kenya recognizes violence against women and girls as one of the most pervasive human rights violations the world over. It occurs in various forms such as rape, defilement, commercial child sexual exploitation, domestic violence, sexual harassment as well as harmful cultural practices like female genital mutilation, widow inheritance, and early marriage. Current statistics indicate that one in five Kenyan women has experienced one form of the many forms of violence representing a significant increase since 2003. Most of these women are within the ages of 15-49. But violence has not spared children either. Many children both female and male have experienced violence including sexual violence during childhood. Further, the National Prevalence of Female Genital Mutilation stands at 27.1% and continuing to drop.”

The Gender Violence Recovery Centre – Kenya (GVRC) report that about 45 percent of women between ages 15 – 49 in Kenya have experienced some form of physical or sexual violence with women and girls accounting for 90 percent of the gender based violence (GBV) cases reported. One in five Kenyan women (21 percent) has experienced sexual violence and strangers account for only six percent of GBV in Kenya. About 64 percent of survivor of violence reported that offenders behind their ordeal were known to them and most cases of violence towards women is usually committed by an intimate partner; almost 90 percent of reported perpetrators are men.

To learn how to create a star, click here.