A letter to my Editor

Ananke's intern writes a heartwarming, over-whelming letter, letting girls know how we can all empower one another! 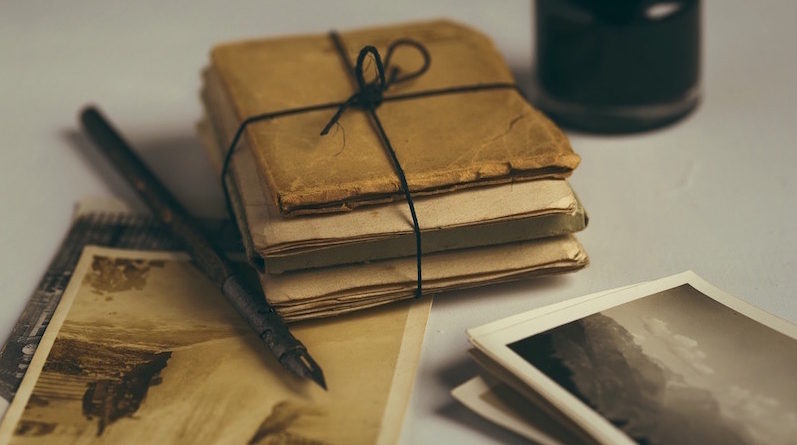 I just want to let you know I am very grateful you chose to pursue your dreams to start Ananke. You told me it took you three months to give life to this amazing dream of yours. I want to say thank you that during those three months of waiting you did not change your mind. You concurred all your doubts, uncertainty and fears.

I personally knew nothing about Ananke. I first learnt about it from a friend, my former high school classmate, Zena Kipkenda. She had the habit of regularly sharing Ananke’s posts on Facebook and I used to wonder how she became a journalism intern without any skills. That is when I asked her about Ananke and she told me of the golden opportunity available. I was elated! Journalism had always been my passion, my dream, which had been shut down due to some unavoidable circumstances which I now realize I could have easily overcome had I just acquired a little courage and if I had a trustworthy mentor. Zena told me I would be interning from the comfort of my home and this surely thrilled me. That could only mean the editor will not know anything about me; she will not know of my weaknesses, faults which had shut down my aspirations. Perhaps this was the perfect time to pursue what my heart had always yearned for. I would first like to apologize I had not let you know about this flaw. I thought it would affect the tasks you give me and my internship in general. That was before I knew you. Dear Sabin I am so sorry for not letting you know that I am partially deaf. I lost my ability to hear well eight years ago due to some medical complications. Since then, I have really had a hard time raising my self-esteem. I tend to shy away from anything that would require me to have good ears.

Zena also told me Ananke is a feminist magazine; a statement which practically made me back out. I did not want to be a feminist and I certainly did not want to have anything associated with it. This is because my community defines feminists as rebellious women who are not capable of raising a family (this should be every girl’s dreams), they are people whose futures have been doomed and should be avoided at every cost. The description of all this was very scary and I did not want to be associated with it but then I was really determined to learn journalism. So I told myself I would remain mute or even quit when such rebellious actions surface. I want to apologize for telling a lie in the application letter. I said I was passionate about women empowerment but I really wasn’t. This is because I knew nothing about women empowerment, I thought the society was just perfect the way it is. Making women grow horns would be an act of sabotage. It would lead to career oriented, very irresponsible women. That is what I thought, that is the belief I had held on to for a very long time.

Ananke came to my rescue from being totally brainwashed by such stereotypes which were certainly untrue as I later came to learn. Ananke has given me a voice, not that it told me what to say at what particular time but it opened my eyes which had initially been shut. It showcased visionary women I knew nothing about. Women whom I had previously perceived to be invented in some kind of fiction. Through these amazing eye opening articles, I began appreciating women in my community who had taken upon themselves to empower other girls and women through various methods. These are the same women I had initially thought were wasting their time doing unproductive activities that do not have any monetary gain. Ananke gave me a platform to express just how sorry I am to have alleged them that way, Ananke allowed me to narrate their amazing stories to the whole world.

Ananke gave me a lot of confidence, it allowed me do things I never thought I would with my feebleness. I began writing articles and Sabin, you were very encouraging. You published almost all of them when I thought they did not even deserve your attention. Little by little, my dream of becoming a journalist sprang back to life like a mushroom. I totally loved everything about Ananke. I came to appreciate the effort of raising awareness about various issues that are not spoken of in our communities. Initially, I thought it was a waste of our precious time talking among ourselves about these matters during twitter campaigns as I could not see any tangible results. But now I know better…

When the internship program finally drew to an end, I became very sad. I felt I had not done enough to raise awareness; I had not done enough through Ananke to change even a single life and most importantly, Ananke had not opened for me any other window of opportunity to advance my journalism dreams. I was not ready to go back to my daily, mind-numbing lifestyle. For these very reasons, I chose to extend my internship, I chose to hold on a little bit longer as my conscience told me some good things are coming my way if I just hold onto Ananke a bit longer. I am very glad I did because during my second phase of internship, I became more responsible. I began being accountable on how I spend my time. I learned how to balance between class work, social life and my internship. I learnt how to write better articles, how to interview even strangers and how to be bold and confident as I embrace my new feminist tag. I attended discussions about feminism, those very dialogues I previously had no interest in. Through Ananke, I came to learn about Circle, Women’s Digital League, Women Engineers Pakistan and Empower Women. I have also formed friends from different republics. Through them, I came to see the other side of story in their countries; apart from those I read in newspapers or watch on televisions. These relationships I promise to cherish forever. Through Ananke, renowned writers and journalists in my country, those writers whose writings I had always admired, writers whom I never thought I could ever meet, contacted me and offered a helping hand. They want to guide me on how to better my writing.

Dear Sabin, I could write a whole ten page article about my experience and exposure through Ananke. I am just so very glad to be part and parcel of Ananke and I want to let you know you have changed a life in some part of the world. The life of a young girl is now taking a better shape simply because you chose to pursue your dream. And I would conclude with my most favorite quote: As we let our own light shine, we unconsciously give others permission to do the same. And as we are liberated from our own fears, our presence automatically liberates others. Thank you for letting your own light shine. Mine is now shining too because yours stood out first.