On the crisis of masculinities

On November 8th, 2017, a groundbreaking event Honour: The Real Disgrace was organized by the University College of London’s (UCL) Center for Gender and Global Health. Speaking at the event, Sabin Muzaffar delved deep into the crisis of male prestige in Eastern societies, how it incites gender-based violence and its impact on gender, families and society. Here is her speech! 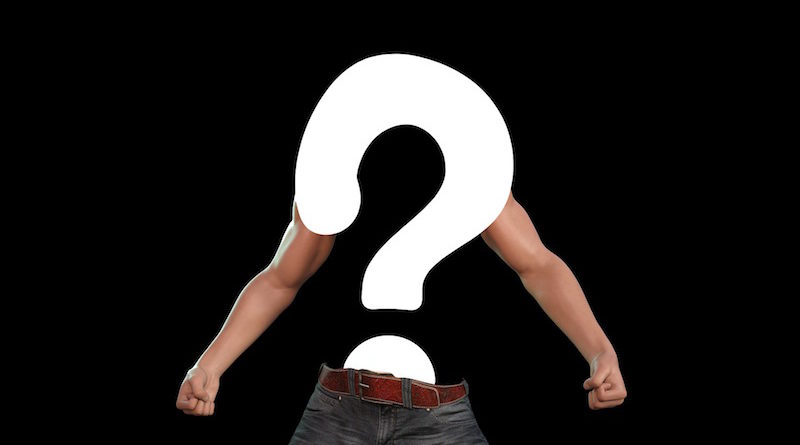 Taking a phrase uttered by the actress Emma Thompson in a recent interview, today I shall make an attempt at looking into the ‘crisis of masculinities’ in eastern societies, how it stimulates and incites gender based violence including honor killing, Vani, Karo Kari etc., and its impact on gender, families and communities.

About two weeks ago, Oscar winning, Pakistani filmmaker Sharmeen Obaid Chinoy raged on Twitter about a doctor at a local hospital sending a Facebook request to her sister – his patient. The filmmaker alleged that the doctor had unethically attained his patient’s information to send the friend request. Calling the act harassment, Sharmeen threatened action remarking that the “perpetrator” had “messed with the wrong family.” What ensued was a furor on blogosphere and across the national web space against Sharmeen, with many calling out her act privileged. Celebrities shared divided and sometimes divisive opinions on social media. Pakistani journalists like Ansar Abbasi tweeted, “Women should follow Islamic principles to save themselves from men’s exploitation and abuse.” – a classic example of putting the blame on women especially when it comes to gender-based violence and misusing religion to gather support probably from apologists for gender-based violence. Let’s be fair about the role of religion in any given scenario – any negative act is carried out despite religious teachings and most certainly not because of it!

Coming back to our discussion and just to conclude the story I am narrating, the doctor – a father of four – was fired from the hospital after a conduct review. Another act that further dragged Sharmeen into the quagmire of public hate with the doctor being made into a victim. The public had completely ignored or turned a blind eye to the unethical way the doctor had conducted himself, seeking a patient’s information and stalking her on social media much to the dismay and discomfort of the real victim.

While the central topic here is harassment, but if we looks closely at the entire series of events – the original tweet, the uproar and the indignation that followed, the latter is a glaring instance of how patriarchy works and weaves itself into the flimsy fabric of our social norms, our belief system and our society. I wonder whether this vehemence was really about Sharmeen’s supposed high-handedness or was it in fact because of the aggression in her tone, a behavior not expected from a woman – regardless of her position in society!

Let us first make an attempt at analyzing a woman’s place in Eastern communities. Historically speaking, the society in which we live has essentially emerged from an agrarian, feudalistic civilization. With all spheres of life – social, political and religious – basing their values on economic production and commodification. A woman has always been very much part of the economic life cycle – a tool or means of production and therefore a commodity/property that “requires” ownership – one that has to be controlled and guarded. This is the so-called natural order of things especially in this side of the world; be it a woman who has the audacity to react forcefully to harassment on Twittersphere, a temptress who becomes an overnight sensation in the virtual world like Qandeel Baloch, teasing conservative sensibilities or anyone daring to profess her very own choice. Notice that all of these examples of women have one thing in common – free will (pun is definitely intended!), thus creating a crisis of male identities and masculinities.

A patriarchal framework in any given society demands reticence and obedience from its female population – and in such a scenario – it is but natural for their male counterparts to assume the exact opposite – aggression, domination and for many predatory or violent behavior – a natural aspect of male prestige.

In such a scenario, it is but natural for male members of society to realign the patrilineal cosmos, should any discord arise or when individual or collective ‘honor’ is in peril. Besmirching the family’s name by sexual and/or behavioral conduct is perceived as an act of defiance and compels stakeholders and the so-called proprietors of honor to rebalance their universe, purging and purifying families or their communities into their natural order by any means necessary. To this effect, rigorous concentrated efforts take place to preserve and protect honor – in other words safeguarding and preserving masculine sensibilities and male prestige, which are deemed to be in a crisis situation, seen as being at risk of being emasculated.

During my stint at a leading Pakistani daily some 18 years ago, 20 percent of articles I edited were on Karo Kari – a term used for honor killing in the rural areas of southern Pakistan. While doing some research for today’s event on honor, I asked a news editor of another leading daily back in Pakistan about the number of news-stories that come in about gender based violence and especially Karo Kari. I was surprised to find out that many of the stories go unpublished due to pressure from either local feudals or other unnamed but powerful individuals. Stories, he said, just cannot be published unless they really become high profile. (Note: there is also a separate cemetery for these murders in Sindh – the Southern province of Pakistan!)

A patriarchal framework in any given society demands reticence and obedience from its female population – and in such a scenario – it is but natural for their male counterparts to assume the exact opposite – aggression, domination and for many predatory or violent behavior – a natural aspect of male prestige.

On a slightly different note, it is true there is legislature that protects women from gender based violence – and focus on honor killing; especially after the brutal murder of Qandeel Baloch in the name of honor. But one does find certain loopholes that still require ironing out, which consequently creates a safe passage for the perpetrators to escape.

Let’s bring this to perspective. According to Asia Foundation report, 4,960 cases of rape were registered in Pakistan from June 2013 to February 2015. There were 6,632 arrests, but just 219 convictions. According to a report submitted by Interior Ministry to the Senate in 2013, only in (the capital of Pakistan) Islamabad 103 cases were registered in previous five years, and not a single person was convicted in any of them.

Laws concerning women in Pakistan have always been a thorn in the way to empowerment. It was in 2006 that Women’s Protection Act was passed after much heated debate among politicians, parliamentarians, lawmakers and of course the conservative clergy. While many, including sections of media, hailed the act as groundbreaking and a stepping stone towards women’s empowerment, human rights organizations claimed it was far from truth as it did little to change the status quo, let alone empower women legally. Human Rights Watch called the amendments grossly inadequate that fell short of the reform required to end legalized discrimination and violence against women.

One the first high-profile murders that brought honor killing to limelight was that of 29-year-old Samia Sarwar in 1999 who was shot and murdered at her lawyer’s office in the metropolitan city of Lahore. She had agreed to have a meeting with her mother in the presence of her lawyer Hina Jilani. Samia belonged to an educated family and her mother – a gynecologist – had hired a gunman to execute the task. Like many other cases, the murderers were actually glorified by many sections of society that included media men, politicians, and other public influencers. The crime – for the majority – was committed by Samia and encouraged by her lawyers Hina Jilani and Asma Jehangir; some even calling for the death of the two advocates for ‘corrupting’ the slain victim.

What is even more ironic is that when a resolution was brought in the Senate to address the issue of honor killing, it was met with incredulity and rage. Senator Ilyas Billour even went on to say that the resolution was against the hallowed tradition pertaining to the place of women and the limits placed on them in their culture. Resolutions or any similar acts and procedure are traditionally termed as ‘western’ concept, with the religio-tribal groups playing the East versus the West or Tradition versus the Modern cards.

Tragically gender-based violence, including child marriage, Vani, Karo Kari or honor killing, domestic violence, acid attacks – among other forms, affects 70 to 90 percent of the Pakistani female population. While spousal abuse, including martial rape, is still largely considered a personal matter to be resolved behind closed doors and between the husband and wife, it is quite the opposite when it comes to women making their own choice – be it marriage, love – in other words matters of ‘male prestige’. For all such issues, men and communities rely on the tribalistic Jirga system where community leaders decide the fate of the spurned. 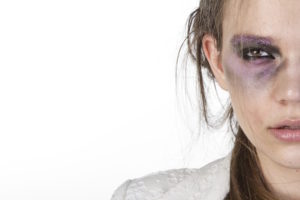 Being vocal and speaking up against violence has always been more of a taboo not only in our part of the world; but also in the West. We see it in the writings of Hawthorne to present day scenarios mentioned by my colleagues here (eds: in the event). When a victim takes her chances and bravely decides to take a stand, she understands the grievous ramifications of her decision; which may vary from digital trolling, abuse and harassment to even life and death situations.

Yes, change is slowly creeping in but more needs to be done. And it starts from advocacy, awareness to educating not only women but also men and communities at large. Countering gender-based violence needs a collaborative effort from all stakeholders. It needs us to dismantle the superficial and bogus sensibilities and perception about masculinities and manhood. It requires a discourse between civil society and policy makers, with representative voices to create or modify laws relating to women, family and community. And most importantly, it needs all of us to transparently and actively engage in translating this very awareness as well as implementing inclusive policies into action for a better, brighter future.

Powering Women in Leadership in the UAE