Female Emirati Mountaineer sets her sights on a new record

Dedicated to The Year of Zayed, AlHashmi and team mate Tima Deryan, together aim to climb Carstensz Pyramid in Indonesia. 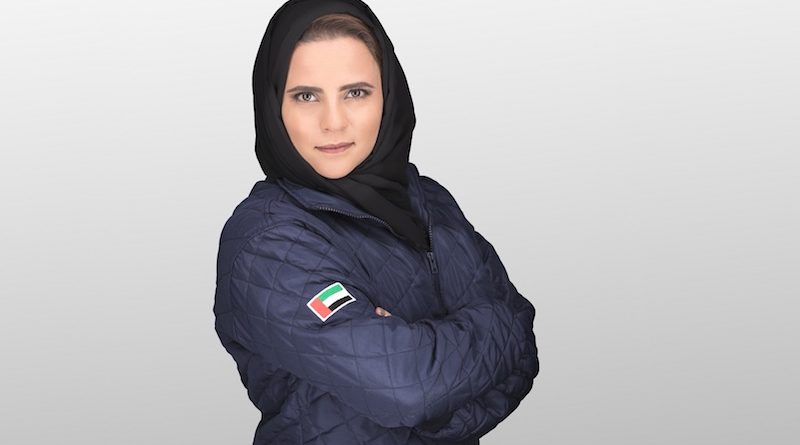 August 30th, 2018, Abu Dhabi (UAE): As the UAE celebrates Emirati Women’s Day on the 28th of August, Quest Arabiya has made it its endeavor to champion the two female climbers who aim to conquer the fifth of the seven highest mountains in the world, making them a step closer to their ultimate objective of achieving the seven summits.

One of the ‘Seven Peaks’ Hanady Alhashmi, the first Emirati Woman to reach the top of the highest peak in North America – Denali, and Tima Deryan, the first Lebanese to Summit the highest active volcano – Ojos del Salado, will continue to push their limits as they attempt to scale Oceana’s highest mountain – Cartensz Pyramid, which stands at 4,884m tall (35 times the height if the Great Pyramid of Giza).

In an expedition made possible by Quest Arabiya, the two climbers will complete the challenge in two weeks, from the 15-27 September, and will be live documenting their journey on @QuestArabiya social media channels. Alhashmi said ahead of the expedition: “It is such a privilege to undertake this climb and do it in celebration of The Year of Zayed. We are two women who believe in challenging ourselves and recognize the power and need for self-belief, tolerance and ambition when climbing, all of which are values of the late Sheikh Zayed and the UAE.”

Alhashmi aims to be the first Emirati woman to climb all of the Seven Summits, one of the world’s toughest feats

Known for supporting adventure and enabling the regions youth, the Arabic-language Factual Entertainment channel, Quest Arabyia will be closely following the progress of these two mountaineers   and the challenges they will overcome to make their dream come true. Their journey will then be aired in the channels weekly magazine show Etla Barra.  Etlaa Bara showcases the thrill-seekers of the region and explore the different outdoor and extreme sports destinations available here.

Support the first female Emirati to achieve the  seven summits by following and sharing her journey on @QuestArabiya between September 15 to 27. The journey will be document as a segment on the channels Etla Barra before end of October.

Quest Arabiya, a partnership between Discovery Communications and Image Nation Abu Dhabi, is an Arabic-language entertainment channel focusing primarily on factual and reality-based programming and is aimed at adventurous, adrenaline and thriller-seeking viewers.

Since its inception in 2015, Quest Arabiya has been committed to showcasing regionally-relevant storylines immersing the audience in authentic, inspiring stories while revealing Arabic heroes, heritage and culture, capturing their adventures to give the region a sense of pride and empowerment.

Quest Arabiya showcases a combination of content from its exciting line up of original productions aimed at young male viewers, reflecting the scenic outdoor, adventure and hidden jewels across the Gulf and beyond and Discovery’s vast library of non-fiction shows, presented for the first time in Arabic.

Quest Arabiya broadcasts 24 hours a day across the Middle East and North Africa (MENA) region, reaching an estimated 45 million households across 22 countries. In line with Image Nation’s aim to build a sustainable film and television industry in the region, the station creates exciting opportunities for regional production companies while nurturing local talent.

Tales from the dark side