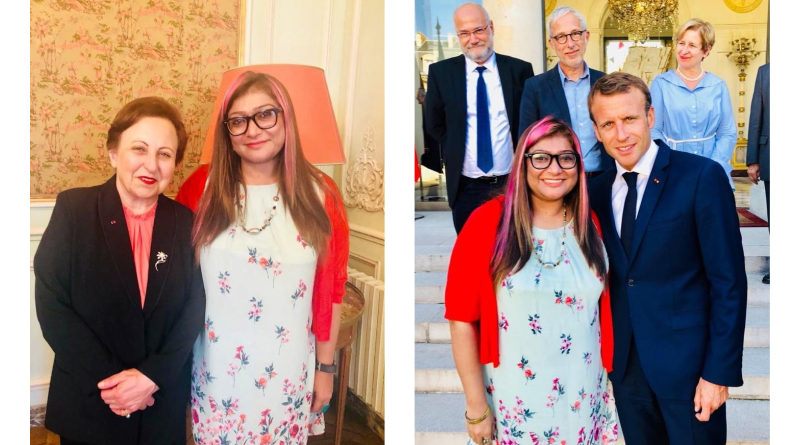 Eminent Pakistani lawyer and digital rights advocate, Nighat Dad, has been selected in the prestigious Information and Democracy Commission launched by the Reporters Without Borders (RSF). Based in Paris, the organization formed the panel of highly distinguished personalities from all over the world 70 years after the UN General Assembly adopted the Universal Declaration of Human Rights in the French Capital.

According to RSF: “This independent panel is being created at a time when “the crisis of trust in democracies and the growing influence of despotic regimes pose a major threat to freedoms, civil harmony and peace,” the co-chairs say in the letter defining its mission. Political control of information in a globalized public space, the influence of private interests, the growing power of corporate actors who escape democratic control and the undermining of quality journalism are the leading causes.”

Commenting about her selection, Nighat commented on social media: “(I am) very proud and honored to share this news. I have become part of  Information & Democracy Commission launched by Reporters Without Borders along with Nobel Peace prize laureates Shirin Ebadi, Amartya Sen & 22 (other) global leaders. The Commission is having its first meeting in Paris today (September 11th, 2018) along with a press conference shortly and meeting with the French President (Emmanuel Macron). This initiative is needed to preserve a free and pluralistic public space, which is essential for democracies around the world.” 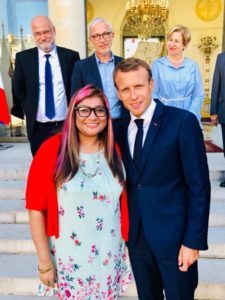 Later, she further added: “The Information Democracy Commission met with (the) first head of State, President of France Emmanuel Macron today (Sept 12th, 2018). Commission members had (a) really great discussion with him around different aspects of information and democracy in the digital age. It was great to see his commitments towards democratic principles and setting a precedent for other democracies.”

Nighat Dad runs an award winning not-for-profit organization, Digital Rights Foundation Pakistan (DRF) which not only promotes cyber safety, but also educates Internet users especially women to protect themselves from cyber harassment and other forms of violence. Named in the TIME magazine’s list of next generation leaders for helping the Pakistani woman fight digital harassment in 2015, presented with the Atlantic Council Digital Freedom Award; and Human Rights Award by the Dutch government in 2016, Nighat has led campaigns against legislation that enables the Pakistani government broad powers of online surveillance. Nighat and her DRF team launched a groundbreaking cyber harassment hotline – a first for Pakistan – in 2016 where victim of different forms of violence, particularly online, could call in for expert advice, support and help. According to the DRF: “Anyone facing online harassment can call in on 0800-39393 to talk in a “free, safe and confidential” environment.”

Reporters Without Borders, or Reporters Sans Frontières, is an international non-profit, non-governmental organization based in Paris, France, that conducts political advocacy on issues relating to freedom of information and freedom of the press