A CNN chat with Jacinda Ardern 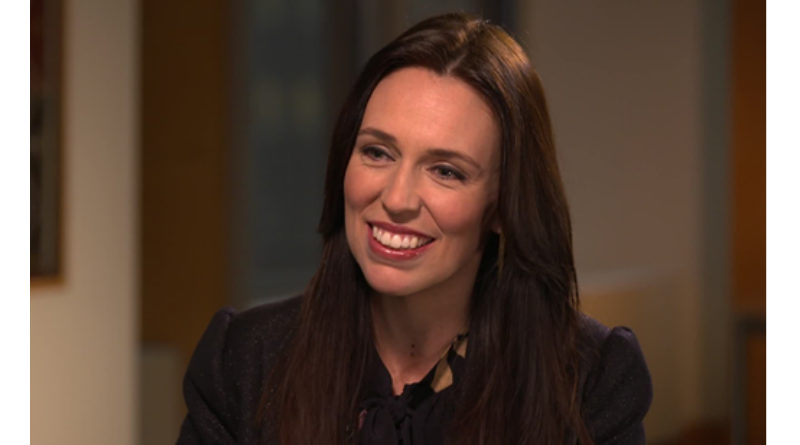 During the interview they discussed Ardern’s experience of having a baby whilst in political office and what it was like taking her baby to the UN General Assembly. They also discussed immigration and how New Zealand is bucking the isolationist trend set by the US. In response to being told she was putting New Zealand on the map Ardern joked that New Zealand was having an issue with that currently- ‘We’re not actually on every map’

Why talk openly about motherhood:

On taking her baby to the UNGA:

“Actually, I was speaking and I came down from the podium to find that she was there on the General Assembly floor and there’s actually an image that captures the moment when I see her there. It was just delightful to see her there, I expected that she might be in another space, but I think probably what it speaks to is that I am still breastfeeding. I have Neve near me most of the time, it’s just not obvious that I’ve got her near me most of the time”

On having her baby and whether she expected her motherhood to be a viral sensation:

“No, because obviously this is the norm for women who enter into motherhood but I had to accept that when it comes to world leaders it is rare and so I hope that whilst there will be a day when it isn’t worthy of comment, currently it is but I accept that”

On her experience of sexism in the media:

“I don’t feel still we’re in an environment where you’re able to openly challenge that, at least you being seen to be in any way claiming that the criticism isn’t justified or that you show any weakness. We should be open to criticism, we should be open to being challenged in the same way all our counterparts are and I accept that and I encourage it, it means that we have a robust democracy but it becomes very tricky if you ever try and partition off what might be seen as sexist criticism and so to be honest I just don’t engage. I think the best way I can rebel against those notions is just to be a competent leader and be good at my job”

On New Zealand as a progressive nation:

“I would absolutely classify us as being incredibly progressive, the fact that I am the third female Prime Minister. I never grew up as a young women believing that my gender stood in the way of me being able to do anything I wanted and I credit New Zealand for that, I credit the environment, I credit those women who went before me and I credit New Zealanders for the fact that they did welcome the fact I had a child in office. The positivity far outweighed the negativity. I am deeply proud of where we are as a nation”

On climate change and not all countries stepping up to the plate:

“We all have an obligation. There’s no ability to opt out from the effects of climate change. We feel that acutely in the Pacific, this not a hypothetical this is reality already… Climate change is the biggest threat we face”

“When you pull back there is a common theme that underlies the political responses that we see, be it the UK or the United States, where there’s this sense amongst the population of growing insecurity. Globalisation has fundamentally changed the experience of workers across the world and we have to challenge ourselves and ask did we respond adequately to that? Did we give that financial security that voters were asking for? Did we respond to those needs and to a large extent the answer is no, and I think we’ve seen the consequences of that”

On the super wealthy investing in New Zealand in case of a doomsday scenario:

“I’ve heard of this and for whatever reason investors are interested in New Zealand we are a country that welcomes overseas investment into a productive economy, we want it to be of genuine benefit to New Zealand, we want to grow jobs off the back of that investment”

On putting New Zealand on the map:

“We’re not actually on every map, we actually had a campaign about it. There are maps where we are missing”