An All-Female Team of Students Wins Day 1 of the 5th Edition of the UAE CyberQuest. 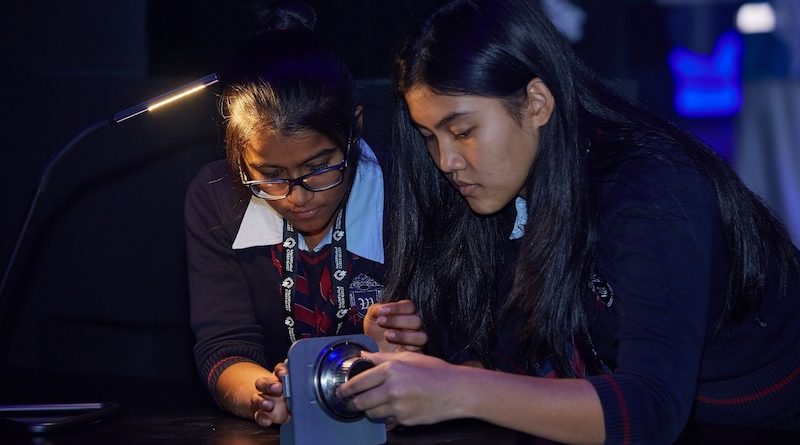 October 7th, 2018, Dubai (UAE): Day one of the fifth edition of the CyberQuest competition, organized by the Signals Intelligence Agency, concluded today with a number of school teams winning prizes at the event dedicated to identifying outstanding talents in the field of cybersecurity, improving student skills and raising awareness of the importance of cyber security.

An official spokesperson of the Signals Intelligence Agency said: “The CyberQuest competition is part of the Science, Technology and Innovation Policy in the UAE, a roadmap towards a better future for generations to come. The event is stimulating the scientific curiosity of participants and contributing towards enhanced cyber security and a sustainable socio-economic development.” 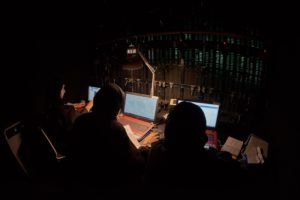 The four-day event, which runs from October 7-10, was inaugurated by His Excellency Rashed Al Ghafri, Director General of the Agency, and kicked off with a series of interactive activities while the 20 school teams competed in ‘Capture The Flag’ competition. In the contest, each three-person team underwent a variety of challenges whereby students had to overcome and collect the biggest possible amount of points depending on how fast they solved the problems and used supported tools.

The Signals Intelligence Agency is organizing the CyberQuest competition for the fifth year with the aim of graduating qualified cadres to serve as the UAE’s first digital defense line against cyber attacks.

The event continues until October 10th at Festival Arena in Dubai, and competitions will be open for visitors during the last two days of the event.

The Signals Intelligence Agency (previously known as National Electronic Security Authority) is one of the entities of The Supreme Council for National Security, it is the federal agency responsible for protecting the cyber space of the UAE, raising awareness of cyber security and create a rooted collaborative culture in information technology and innovation sector. The purpose of the Agency is to create a secure online environment to support the pace of progress in the UAE. Moreover, the Agency mandated to develop and protect the State infrastructure against all cyber threats through developing and implementing a defensive line using the latest cut-edge technologies. Furthermore, the Signals Intelligence Agency has established a new strategy that focuses on attentiveness and prevention against cyber security threats along with building a national capacity in this dynamic sector by promoting research, development and innovation.

Cyber Quest is a fun and exciting program initiated by the Signals Intelligence Agency (previously known as National Electronic Security Authority), which aims to raise awareness about cyber security among school and university students, as well as identify talented individuals. The program is divided into two competitions, “Capture The Flag” and “Cyber Exercise”. The “Capture The Flag” competition, open exclusively to school students, comprises a set of challenges that students need to overcome and collect the highest amount of points, which are calculated based on swift problem solving and efficient use of the supporting tools available to them. The “Cyber Exercise” competition is an attack/defense style competition exclusively for university students, where students are trained on how to protect their networks and defend against cyber-attacks carried by the attacking team. Teams are scored based on their performance in defending their infrastructure, and protecting it from being compromised.

I Believe In Girls