Top Emirati Leaders to Focus on Youth Empowerment Issues at ‘Investing in the Future’ Conference. 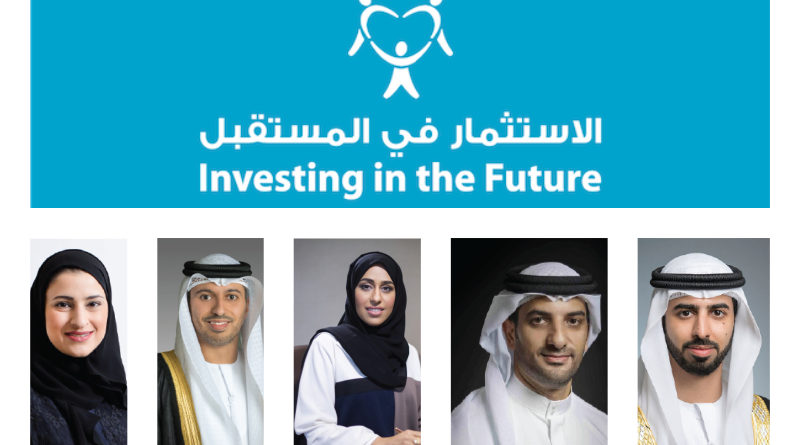 October 21st, 2018, Sharjah (UAE):Top UAE officials will be sharing their insights and expertise on how to tackle the youth crisis in the MENA region at the two-day Investing in the Future Conference (IIFMENA 2018), that will take place in Sharjah on October 24-25.

On the first day, the conference will host Sheikh Sultan bin Ahmed Al Qasimi, Chairman of Sharjah Media Council and TBHF’s Humanitarian Envoy, in recognition of his prestigious stature and community efforts as well as his ability to influence others about the importance of humanitarian work. He will be seen as a key speaker at the closing session of day one of the conference (Oct 24).

Sheikh Sultan bin Ahmed Al Qasimi believes in the power of youths as the nation’s human capital and shapers of its future, as well as in the TBHF’s role in communicating humanitarian messages carried out by Sharjah and the UAE through various valuable and unique initiatives that aims to alleviate the suffering of the underprivileged people and those affected by manmade and natural disasters worldwide.

Besides leading the Sharjah Media Council, Sheikh Sultan bin Ahmed Al Qasimi is a member of the Sharjah Executive Council and Chairman of Sharjah Media Corporation. He led pioneering efforts that led to establishing and restructuring of several visual, audio, and electronic mediums. Sheikh Sultan was named by the Arab league as the Media Personality of the Year 2016. Sheikh Sultan is the mastermind behind the 2012 launch of the International Government Communication Forum, the first of its kind initiative in the region. In 2013, he also launched the first Government Communication Network in Sharjah. 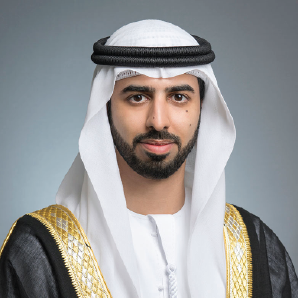 Omar Sultan Al Olama, Minister of State for Artificial Intelligence, will touch on the methods of artificial intelligence (AI) and its role in empowering youth. He will underscore the importance of harnessing latest technologies to promote innovation, develop systems and techniques that can affect and bring about a positive impact on people’s lives, during the opening session on the second day of the IIFMENA conference.

Al Olama joined the Federal Cabinet as the Minister of State for Artificial Intelligence following a Cabinet reshuffle in October 2017. He was appointed in this position to advance the government performance by investing and applying the latest technologies and IA tools in various aspects of life.

Al Olama is currently the Managing Director of the World Government Summit. He is also a member of the Board of Trustees of Dubai Future Foundation and Deputy Managing Director of the Foundation. In November 2017, the UAE government selected Omar Al Olama as a member of the Future of Digital Economy and Society Council at the World Economic Forum. 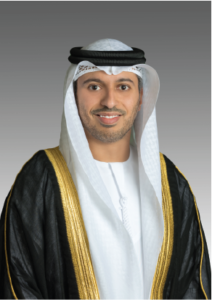 Dr. Ahmad bin Abdullah Humaid Belhoul Al Falasi, Minister of State for Higher Education and Advanced Skills in the UAE, is among the keynote speakers on the first day of IIFMENA (Oct 24), and will addressthe need of young people to gain future skills that support their role in overseeing the development of higher education and scientific research. Youth’s role is also important in developing education policy and regulating the function of institutions in the education sector, as well as ensuring the quality and alignment of its outputs with the job market’s needs and requirements.

Al Falasi has been appointed as the Minister of State for Higher Education since February 2016, to supervise the development of higher education and scientific research in the UAE. In October 2017, His portfolio expanded to include Advanced Skills to equip the UAE youth with the necessary skills for the future. 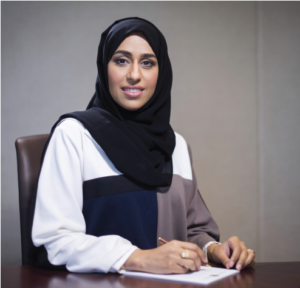 HE Hessa bint Eisa Bu Humaid, Minister of Community Development is a keynote speaker and will be addressing the youths and young influencers on the first day of the conference on Oct 24. Since her appointment as Minister of Community Development, Bu Humaid has been active in designing sustainable initiatives to empower community groups, especially youths. She is keen to find far-reaching and sustainable solutions to ensue social stability.

Bu Humaid focuses on addressing the root causes rather than dealing with its effects, using latest scientific techniques through coordination and networking with stakeholders, to ensure appropriate support for eligible categories. She preps for scenarios that addresses various social dimensions.

Bu Humaid ‎has been appointed as Minister of Community Development following the ‎Cabinet reshuffle in October 2017. Her responsibilities include promoting community and family cohesion and a society actively involved in development of the UAE.

Bu Humaid has twice won the Sheikh Rashid Award for Scientific Excellence. She also received the GCC’s Award of the National Olympic Committee for the distinguished innovative youth category in 2013 and the award of the excellent junior government employee in 2003. 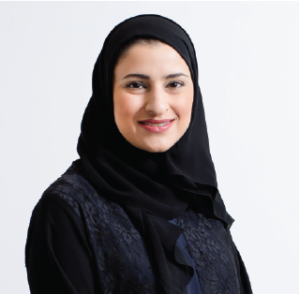 HESarah bint Yousef Al Amiri, Minister of State for Advanced Sciences, will be joining the President of SMC as one of the key speakers at the closing session of IIFMENA on Wednesday, Oct 24. She is driven by a strong belief in the importance of youth engagement in all aspects of life and their essential role in the development of advancement sciences and technologies, that have become an inherent part of today’s life.

Most recently, Al Amiri was one of the speakers at a global conference on “Youth and Sustainable Peace”, which was organised by the TRENDS Research & Advisory, to discuss the crucial role of young people in achieving sustainable world peace. Many international reports revealed that young people are the most vulnerable age groups facing many difficulties and challenges, both in times of war or post-war and even during the phases of reconstruction.

Al Amiri, who ‎has been appointed the Minister of State for Advanced Sciences after the ‎Cabinet reshuffle in October 2017, holds the post of the Chairperson of the UAE Council of Scientists. She also holds the position of Emirates Mars Mission Deputy Project Manager at the Mohammed bin Rashid Space Centre.

Al Amiri started her career in sciences as the Programs Engineer on Dubai Sat-1 and Dubai Sat. She also worked as Director of Research and Development at the Mohammed bin Rashid Space Centre. 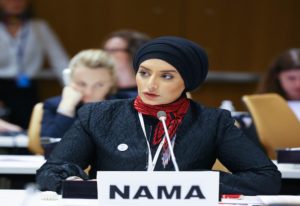 Also speaking at the IIFMENA conference will be Reem BinKaram, Director of NAMA Women Advancement Establishment and Board Member of Rubu’ Qarn Foundation. Through her participation as one of the keynote speakers who will open discussions on the second day of the IIFMENA conference (Oct 25) she will highlight achievements of young women and female entrepreneursin the UAE, MENA region and the wider globe.

She is leading outstanding efforts to empower girls and women and promote their abilities and skills that allow them to make positive changes in society.

The organising committee has welcomed interested Individuals and organisations to register on http://iifmena.org