From the Edge of Despair

Melanie Bublyk delves deep into the link between homelessness and domestic violence. 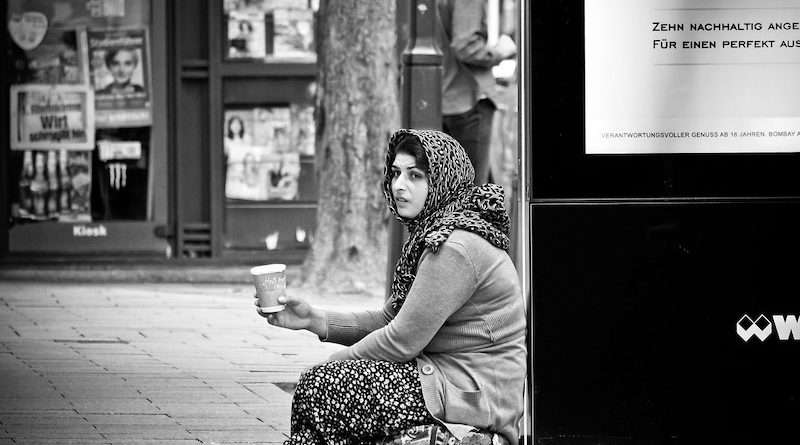 “Domestic violence has been identified as a major cause of women andchildren becoming homeless, especially when there is insufficient protection by law enforcement officials or by the legal system itself. Conversely, fear of homelessness might compel women to remain in abusive relationships”.OHCHR/UN-Habitat

“Homeless people are usually stigmatised and blamed for their situation, but women who are homeless carry multiple stigmas and labels (‘bad mother’, ‘prostitute’ etc.), which make it difficult to ask for help and can be a very significant barrier for recovery from homelessness”. Homeless in Europe: Perspectives onWomen’s Homelessness

Family and Domestic Violence occurs throughout the world and is experienced by women from all social, economic, religious and cultural backgrounds. A 2013 Report by the World Health Organisation on global and regional estimates of violence against women found that 35% of women worldwide have experienced either physical and/or sexual intimate partner violence or non-partner sexual violence. It is the result of power imbalance in relationships and has devastating effects. The abuse experienced is not only violence and physical injuries but also psychological and emotional abuse, control and manipulation, force and intimidation, isolation, threats, sexual violence and financial abuse. Studies reveal that domestic violence creates vulnerability to homelessness and is also a cause and consequence of women’s homelessness.  For example, in just one day in 2015 in the US, over 31,500 adults and children fleeing domestic violence found refuge in a domestic violence emergency shelter or transitional housing program. It is imperative that communities understand how and why domestic violence leads to homelessness for victims to be adequately assisted. 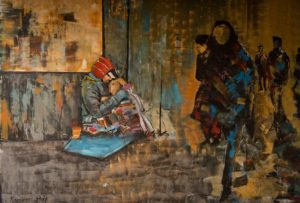 A sense of safety and belonging is diminished when women experience violence. Women escaping a violent environment are often forced into poverty and denying them of their dignity, freedom and security. Therefore, it often leads to women staying in or returning to violent relationships because they cannot sustain an adequate standard of living on their own. According to the World Health Organisation, exposures to traumatic events can lead to stress, fear and isolation, which, in turn, may lead to depression and suicidal behaviours. Homelessness can further comprise psychological security because the insecurity that homelessness creates can exacerbate existing psychological issues from the trauma of violence. Survivor of domestic violence and once homeless, Monique Maitte, survivor of domestic violence and has also experienced homelessness stresses that many of the complex support needs of women who are homeless: mental health issues, drug use and trauma, for example, stem from their experience of violence. She also stresses that sometimes power and control is replicated in some shelters because of the conditions in some shelters which can lead to further traumatisation. Clear evidence reveals that exposure to violence is an important determinant of poor health for women.

It is important to discuss the rights of women because women are vulnerable to violence and discrimination. This is due to some social structures, traditions, stereotypes and attitudes about women and their role in society. Women often are not able to enforce their rights on the same basis as men. There is a clear link between violence against women, homelessness and poor mental health. The United Nations Human Rights of the High Commissioner articulates that effectively ensuring women’s human rights requires, firstly, a comprehensive understanding of the social structures and power relations that frame not only laws and politics but also the economy, social dynamics and family and community life.

To Cut And Cleanse?