A Roadmap to Digital Inclusion and Economic Empowerment

Sabin Muzaffar celebrates Girls in ICT Day by discussing how access to and leveraging emerging technologies for good can benefit society at every intersection. 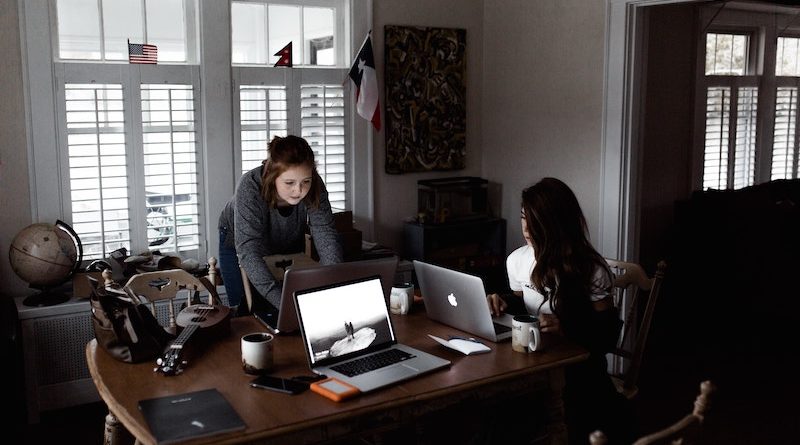 Some 30 odd years ago, when the hit action series Knight Rider was aired on TV, audiences watched in awe and wonder when Michael Knight talked to his car via his watch. These are not just fantastical movies anymore but 21stcentury realities, with talking phones and smart homes to make one’s life more efficient – intelligent even! Automation and innovation have been the driving force that has led to a global transformation. Termed as the fourth industrial revolution, tech has not only played a fundamental role in how we live our lives, it does potentially hold key to a sustainable and equitable future.

While the world has witnessed immense technological advancement, it has also seen an influx of human displacement due to man-made and/or natural disasters, bigoted inequalities at every intersection and sufferings due to economic distress; devastating the most vulnerable. Ground realities are bleak but not hopeless! Immense possibilities lie in the digital realm – where humankind can embark on a journey that offers huge prospects to individuals of acquiring access:to education, markets and opportunities; owning identity:that can equitably enable all genders to leverage their full potential to engage constructively and contribute positively in both digital and real worlds; experiencingsafe online spaces: an eco-system where everyone enjoys socio-economic mobility and are able to exercise their fundamental rights to freedom of expression – among other gains. These are gallant ideals that are yet to see the light of day. Many obstacles remain.

One of the biggest challenges so far is in fact overcoming barriers to access to technology and the Internet. According to a study conducted by the University of Washington Information School, community access to computer and Internet technology remains crucial for connecting people to the information and skills they need in an increasingly digital world. The report further stated that many people in low and middle income countries including the under employed, women, rural residents and other who are often marginalized derive great benefits in such areas as education, employment and health when they use computers and the Internet at public access venues.

This study was conducted about six years ago. Though things have changed with the proliferation of handheld devices like phones, augmenting access; it is sad to note that inequalities still remain when it comes to marginalized sections of society (namely women and girls, refugees, socially or economically impoverished communities and displaced people – and even in the latter three groups, the most ignored are women) in terms of access to technology, its infrastructure and use. Statistics show women are less likely to own a mobile phone than men. Reams of paper have been inked and research reconfirms that connecting women through technology generates socio-economic profits in terms of development, economies would “see an increase of $13 to 18 billion in their GDPs if the number of girls and women currently online worldwide were doubled.”

What this means in the larger scheme of things is a woman’s inability to access not just modern labour markets that triggers income-generating activities at present, but the gap also amplifies her disability to access the much needed information about health, education, livelihoods and many other topics that can help her penetrate the future of work in the long run.

A Gallup report indicates that 86 percent of men and 79 percent of women own mobile phones in developing countries with variations in gender gap across emerging economies, for instance in Pakistan men are three times more likely to own a mobile phone than women, same is the case with countries like Egypt, Ethiopia, India and Bangladesh.

What this means in the larger scheme of things is a woman’s inability to access not just modern labour markets that triggers income-generating activities at present, but the gap also amplifies her disability to access the much needed information about health, education, livelihoods and many other topics that can help her penetrate the future of work in the long run.

And this is just the tip of the ice-berg. Leveraging technology for women’s economic empowerment is not merely based on phone ownership – though it is a crucial stepping stone – her emancipation also lies in capacity building initiated by expanding tech infrastructure in schools and other vocational as well as community centers. According to Gladys Muthara, the founder of TAP Africa, an organization that works to empower the Kenyan youth, especially girls through digital learning and other mentoring programs, the problem is a double-edged sword with lack of tech infrastructure not just in smaller Kenyan localities; but also the curricula that does not even cover basic computing skills in many tech institutes. “When I was young, I wanted to learn computer. I was lucky enough to have a sister who worked in Nairobi and she registered me to a three-month program costing $60. The course did not even teach me how to do basic Internet browsing. And this is not a unique situation to me, it is generally the case,” she added. Gladys is currently busy changing this status quo through her organization.

In a global scenario where nations are suffering due to political unrest and conflict, access also means improved economic status – especially of groups considered vulnerable. Feminization of poverty is triggered not just through gendered roles, but (and to reiterate) lack of access to opportunities and labor markets. Enabling development means ensuring a woman’s reach to financial services, a doable notion through mobility, digitizing identity and creating a virtually inclusive, transparent and safe eco-system. 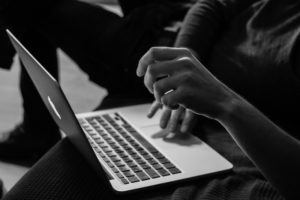 Creating digital identities is a hot topic in today’s conversation, not only because it opens up huge financial and socio-economic benefits, but it could certainly be the turning point in terms of creating an inclusive society based on the pillars of intersectionality and gender equality. To put it in lay terms and according to Wikipedia, “digital identity is information on an entity used by computer systems to represent an external agent. That agent may be a person, organization, application or devise. The information contained in a digital identity allows for assessment and authentication of a user interacting with a business system on the web, without the involvement of human operators. Digital identities allow our access to computers and the services they provide to be automated, and make it possible for computers to mediate relationships.”

It is true that in the next five to seven years, emerging technologies, such as artificial intelligence, will replace more than five million jobs. Manufacturing digital identities is one step in the right direction to help struggling workers, especially women, to adapt to new realities and emerging technologies.

Reinforcing the positive impact of digital identities, a Mckinsey report states: “In our seven focus countries, extending full digital ID coverage could unlock economic value equivalent to 3 to 13 percent of GDP in 2030, with just over half of the potential economic value potentially accruing to individuals.”

In 2018, Mastercard and Microsoft had announced a strategic collaboration to improve how people manage and use their digital identity. According to a Mastercard press release: “Access to a universally-recognized digital identity could unlock new and enhanced experiences for people as they interact with businesses, service providers and their community online, including financial services, commerce, government services as well as digital services.”

It is, therefore, not rocket science to conclude the importance of having an inclusive conversation when it comes to digital identities that could ensure women’s participation in global financial system. And it doesn’t really stop at that! Apart from the prospects of enjoying financial autonomy, possessing digital identity can open up a cornucopia of opportunities from utilizing big data from digital identities for e-services, e-learning, land titling and accessing agricultural support for women – the possibilities are limitless.

While this is indeed a rosy picture painted, it will be naïve of us to assume that it doesn’t come with some very prickly thorns. The Internet – though an empowering tool – is also a platform where vitriol is spewed, misogyny knows no bounds, data stolen and identities can not only be fake but real identities have the potential to be usurped – not just by the dark web but by organizations for commercial as well as political and/or fraudulent purposes. And women, according to a research by Digital Rights Foundation, are 27 time more likely to be victims of cyber violence than men.

Envisioning an eco-system that is not only accessible, inclusive and most importantly safe, rigorous work is needed from all stakeholders – be it the government, tech companies, policies makers and other global players. Transparency is critical and to an extent, it can be reached by creating a think tank that also works as a watchdog to oversee processes. Not just women and girls, but other vulnerable communities WILL be left behind, if we don’t act and act together. Yes it is an arduous journey and many impediments remain but we can certainly aspire to change in order to bring change!

Photo by Sergey Zolkin on Unsplash