More than 300 youth attend the latest session of the ‘Meeting with an Influencer’ series at Sajaya Young Ladies of Sharjah headquarters. 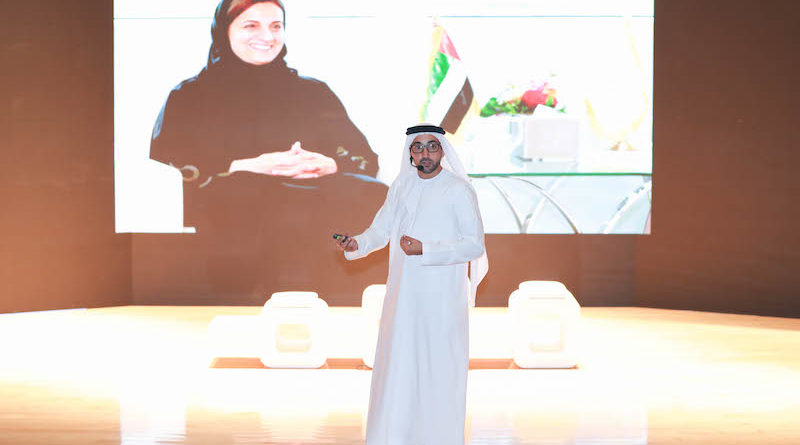 Photo during the panel discussion.
by ANANKE November 14, 2019

November 14th, 2019, Sharjah (UAE): In keeping with its dedication to inspiring youth and encouraging them to fulfil their ambitions, the Sajaya Young Ladies of Sharjah (SYL), hosted Sheikh Fahim Al Qasimi, Executive Chairman of Sharjah’s Department of Government Relations (DGR), yesterday (Wednesday) in a session at Al Qarayen centre, Sharjah. More than 300 young girls and boys.

Themed ‘Sustainability’, the session was the latest in the popular ‘Meeting with an Influencer’ series and was organisedwith the support of Sharjah Research Technology and Innovation Park (SRTIP).

Sajaya, an affiliate of the Rubu’ Qarn Foundation for Creating Leaders and Innovators, launched the ‘Meeting with an Influencer’ session to periodically bring the youth face-to-face with successful and inspiring Emirati personalities. It is a platform on which the real-life achievements, challenges and aspirations of local role models are highlighted to future generations. 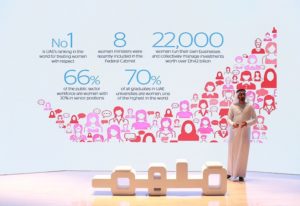 Sheikh Fahim began the session by showing the audience several photographs that illustrated what is sustainable and what is not, to foster the concept of sustainability in the youth who attended the session. He remarked that sustainability was a broad discipline that engages most aspects of the human world with a focus on meeting the needs of the community without a negative impact on future generations’ capability of meeting the same needs.

Sheikh Fahim Al Qasimi classified sustainability under three key pillars: the environment, economy and community. He noted that Sharjah had set a strategic plan to ensure the environment’s sustainability. A part of the plan involved establishing the Sharjah Environment Company (Bee’ah), which contributes to preserving the environment and enhancing the economy through its many functions and initiatives such as recycling, among others.

Sheikh Fahim Al Qasimi said that sustainability was embedded in the development process in the UAE, with the nation implementing a plan to build a sustainable economy based on diversification. This had led to the establishment of many institutions and companies that provide clean energy and contribute to the green economy through many sustainable initiatives. He noted that the education sector also contributed to enhancing UAE’s economy.

The Executive Chairman of DGR remarked that Sharjah’s universities hosted 45,000 students who nurture the emirate’s knowledge-based economy. He pointed out that number of ministers had graduated from the American University of Sharjah, an institution under the umbrella of the University City of Sharjah, one of the world’s largest integrated university cities.

After his presentation, Sheikh Fahim responded to the questions and comments of the young audience who exhibited a high level of understanding of sustainable development. They also discussed how to achieve environmental, social and economic sustainability to ensure a better future for the generations to come.

Sheikha Aisha Khalid Al Qasimi, Director of Sajaya Young Ladies of Sharjah, said the session had tackled an important topic. She thanked Sheikh Fahim for his inputs, saying that his inspirational and appealing personality had encouraged the members to participate wholeheartedly and express their opinions freely. The session had also helped increase participants’ awareness about sustainability and others related issues. 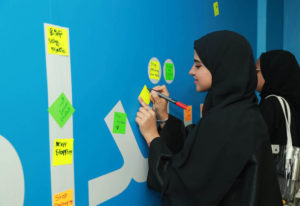 On the sidelines of the session, Sajaya engaged participants in a lineup of workshops, with platforms focusing on various topics, including ‘What does sustainability mean to you?’, ‘What would you do to achieve sustainability?’, ‘Organic farming’ and ‘Fish farming’, presented by Sharjah Research Technology and Innovation Park (SRTIP).

Sheikh Fahim has worked in strategic advisory roles and performance monitoring of a portfolio of state-owned assets in the UAE. He has an extensive background in public-sector strategy and investments. He worked earlier with both the private and semi-government sectors in areas of FDI, economic diversification, and competitiveness in the Gulf region. He provided advisory services to many government entities about sector growth policies and participated in FDI programmes in Asia.

Girls in Tech Bolsters Board of Advisors with New Appointments