Sabin Muzaffar delves deep into how disruptive technologies and the age of innovation can be a game changer for inclusive development. 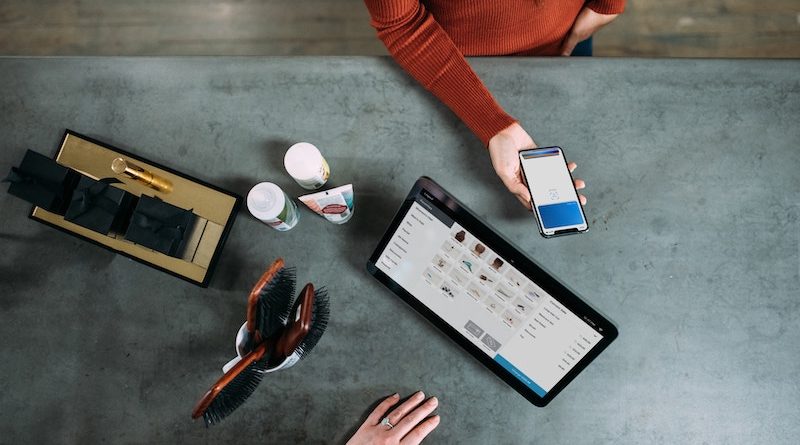 Photo by Blake Wisz on Unsplash
by ANANKE January 20, 2020

How far have we come in the realization of Gender Equality and Women’s Economic Empowerment? Almost 25 years have passed since the adoption of the Beijing Declaration and the Fourth World Conference on Women in 1995.

It is high time to stop and take stock of how far we, as a society, have come. Many would say, there has been progress with even under developed countries in the Global South either adopting or supporting the cause of women upliftment. Governments are slowly realizing no economy could thrive or reach sustainability without half of its population. But that said, there is much ground that needs to be covered.

It will take women more than 200 years to achieve gender equality at the workplace. According to ITU, only eight percent of countries have a higher proportion of women using the Internet with the digital gender gap increasing in developing countries. This, coupled with the yawning gender gap of mobile phone ownership, is a huge barrier to women’s economic empowerment as it denies them access to opportunities of learning, financial autonomy, as well as modern markets. The key word here being access with disruptive technologies potentially being a game-changer for women and by extension sustainable development! 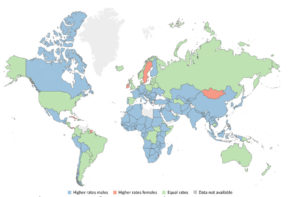 Note: * ITU estimate. Penetration rates in this chart refer to the number of women/men that use the Internet, as a percentage of the respective total female/male population. The ratio is considered equal when the difference between the male and female Internet penetration rate is less than 2 percentage points.

Good news is that a huge chunk of global population lives within the far reaches of a mobile network and does not require computers at home to be online. The new report by ITU reveals that approximately 4.1 billion people have Internet access in 2019, a 5.3 percent increase from 2018. This also shows the steadying effects of global growth rates as many countries and regions are reaching a saturation point. With the global penetration rate increasing from almost 17 percent in 2005 to more than 53 percent in 2019, the number of Internet users have also gone up by 10 percent every year from 2005 to 2019.

The study further reveals countries like Australia, Russia, parts of Eastern Europe, Latin America does have equal proportions of Internet users by gender in 2019. The proportion of women accessing the digital world is 48 percent globally as compared to men who fare better at 58 percent, thus creating a globally Internet user gap of 17 percent. Gaps still exist in the Global South as far as Internet usage is concerned. In Northern America there is a higher proportion of men using the Internet as compared to countries in South America. This can be attributed, states the study, to the rapid growth in the number of male Internet user in developing countries. Additionally, the gender gap has been widening in the Arab states, Asia and the Pacific as well as Africa.

On the Woes of Gender Data Gap

With innovation leading the way, the path to empowerment, equality and even sustainable development nonetheless remains impeded. Data, as demonstrated above, is indisputably the genetic code of development and the right route to sustainability. Access to data – especially disaggregated gender data – enables highlighting issues holistically; it helps support governments, policymakers and international organizations develop evidence-based policies and responses to situations. Gaps, limited and/or holes in data facilitates everything otherwise.

It is not rocket science to understand that lack of gender data is one of the biggest hurdles for empowerment and achieving gender equality – be it health: reproductive and otherwise, financial autonomy or access to technology and therefore opportunities. With the rise of disruptive technologies, it has become crystal that collection and analysis of statistics and most importantly sex-disaggregated data can help pinpoint gender gaps. The starting point of all development depends on having a complete and global picture of all genders’ social, economic and political conditions.

As far as data is concerned, there are huge gaps found not just in under developed but also developed countries. According to the UN Women report: Making Women and Girls Visible, sustainable development urgently requires more and better gender data with only 23 percent of data being available from 2010 onwards.

During the 63rd session at the Commission on the Status on Women in 2019, Mohammed Marzooq (Iraq), Vice Chair of the Commission emphasized the need to enhance the availability of gender statistics, ringing the alarm that significant gaps in gender statistics still exist. “Information is available for less than a quarter of the indicators required to monitor gender‑specific elements of the 2030 Agenda for Sustainable Development. Marginalized groups remain largely invisible in official statistics,” he said. The Commission also focused on the importance of inclusive data with Claudia Wells, Director of Data Use at Development Initiatives underscoring the urgent needs of leaving no one behind. “If women are missing from data, this leaves a huge gap. all populations must be included in data, and data should be disaggregated to accurately describe all populations. Civil registration is vital for people to access services, welfare and rights and for Governments to capture important information about their citizens for effective decision‑making.” Citing the example of out‑of‑school rates in Nigeria, she observed that factors such as identity and ethnicity can result in further exclusion, demonstrating the importance of data disaggregation.  “It’s not just about collecting more data,” she said, calling for inclusivity. 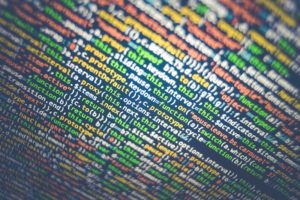 Armed with sex-disaggregated data helps fill in gender gaps that can subsequently lead to a better understanding of problems as a poor evidence base invariably leads to inappropriate regulations and policymaking among a variety of issues. But all things realized, said and done, the premise is still a utopic vision as there are mammoth-size challenges in actually acquiring such data. It includes lack of resources, human and material, and proper skills needed to collect, mine, analyze or track data especially in the national statistical systems which then puts a huge question mark on its reliability. Lack of universal standardization of processes due to contextual barriers such as social norms which are usually difficult to measure and socio-cultural restrictions that may lead to either unclear or conflicting findings. One of the main problems emerging from socio-cultural issues is gender bias in data collection. The European Institute for Gender Equality noted that ‘under reporting or misreporting of demographic, social or economic characteristics associated with one of the sexes’ is a strong indicator of gender bias. Adding: “Some examples of sex bias in data collected are under-reporting of women’s economic activity, under-counting of girls, their births or their deaths; or under-reporting of violence against women.”

But aspiring to have women’s participation in information (read, modern) society – which has actually been recognized as ‘integral to both the realization of women’s rights in the 21st century and a just, inclusive and rights based society’ – does not solely rely on the collection and analyzing of sex-disaggregated data. Access, literacy and use of digital technologies has transformative potential in making gender equality a reality.

With the globalizing effect of the Internet, the world out there is easily accessible especially for women; with just a click of a button, augmented by the penetration, proliferation and use of mobile phones. According to a GSMA report: “Mobile phones are valued by women as tools that enhance their lives, making them feel safer, more autonomous and connected.” A GSMA study in 11 low- and middle-income countries revealed that:

Research conducted by the GSMA (an organization that tackles the world’s most pressing challenges by bringing together the public and private sectors to transform lives through access to mobile) shows that the mobile gender gap in Pakistan is 37 percent, 33 percent in Bangladesh, 26 percent in India, nine percent in Cote d’Ivoire, six percent in Kenya and surprisingly zero percent in Mexico.

Owning a mobile phone means harnessing immense potential opportunities of human and economic development. With about 1.7 billion people, mostly women, unbanked, global illiteracy rates hitting the roof and debilitating healthcare services, especially maternal and child, mobility can be the very tool that can lead us out of this quagmire. According to the 2019 GSMA report, women are 10 percent less likely than men to own mobile phone, which means 197 million fewer women own a cellphone than their male counterparts. And statistics take a further nosedive when it comes to digital literacy, internet access and use.

Again, there are numerous reasons attributed to not just owning a mobile phone but also mobile literacy and access to the Internet. Preventing women access and ownership of mobile phone stems from cultural taboos and a complex set of socio-cultural barriers, apart from affordability, questions about safety and literacy issues. As a consequence, these barriers deny women the ability to thrive socially, politically as well as economically.

Mobile apps such as Raaji created by Aurat Raaj from Pakistan not only raises awareness about reproductive health, it educates and keeps women and girls informed about their general well being and hygiene that are oft considered taboo subjects in patriarchal societies. While the award winning Cyber Harassment Line launched by Digital Rights Foundation helps victims of violence and harassment; other apps including Safecity, and Saahas by the Red Elephant Foundation help protect survivors by organizing ‘several campaigns to spread awareness about gender-based crimes’ or being a ‘one stop spot for all kinds of assistance and support that a survivor of gender based violence may seek.’

The roadmap is perfectly laid out with the right tools that can be leveraged to empower society inclusively, holistically and sustainably. 25 years have gone by, with exactly 10 more years to the 2030 vision of sustainable development. Time maybe running out, voices are now hoarse with protestations calling out stakeholders, so the question is… Are we all listening?