“If I’m helping to change attitudes then this can only be a good thing.” 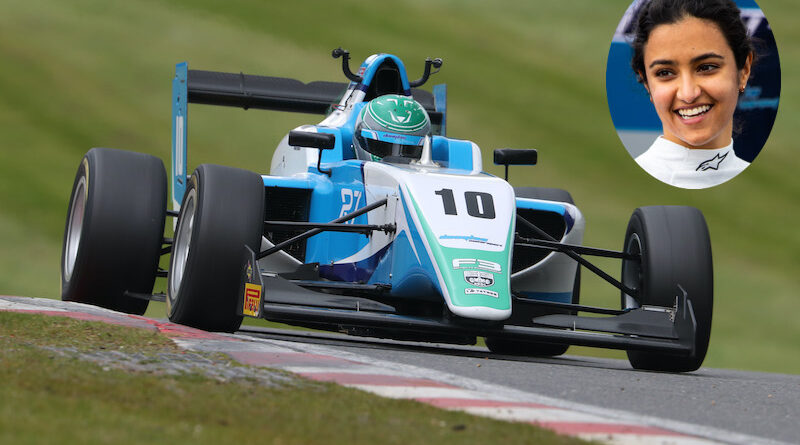 Saudi Arabia’s first female Formula 3 driver Reema Juffali says she has her sights set on a top 10 finish after competing in the opening round of the 2021 BRDC British F3 Championship.

The Jeddah-born driver, 29, produced a solid display at the first race of the 2021 season at Brands Hatch, where she made her Formula 3 debut.

As the only female competing in the event, there is a natural interest in Juffali’s performances, and she is certainly happy to play a part in breaking down barriers in what can be a male-dominated environment. 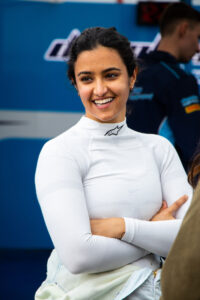 “To be honest, it’s not something I spend a lot of time thinking about,” she says. “For sure, other drivers test me out sometimes to see what I am made of – to see how far they can push me, but they would do this regardless of my gender. I’m confident, I have a strong competitive spirit and I thrive on a challenge.

“There are times I walk through the paddock and I understand that I stand out, but it has never been a problem for me. If I’m helping to change attitudes then this can only be a good thing.”

After learning to drive while studying in the US, Juffali was able to dedicate more time to her passion in 2018, when it was made legal for females to get behind the wheel in Saudi Arabia.

Having set her sights on achieving her dream, Juffali made her debut as a professional racer later the same year, before subsequently moving to Formula 4 in 2019, competing in both the British and UAE Championships.

Earlier this year, Juffali announced she was making the transition from Formula 4 to join Douglas Motorsport in the BRDC British Formula 3 Championship and, having competed in the first round of race action, she is eager to kick on.

“It was fantastic to be back in action and to have fans in attendance made it all the more special – the buzz across the entire weekend was really there, and so was the anticipation among everyone involved for the season ahead,” Juffali explains. 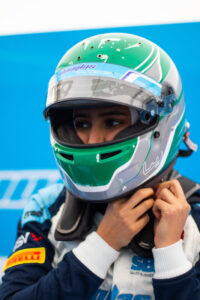 “In terms of racing this was the first weekend and it was very much about getting back into the groove and back into race mode. Racing on the full track configuration at Brands Hatch with such limited testing time, especially in the wet, was always going to be a challenge. I am fine with how it went but I always expect more from myself. But the team are really behind me, I’m learning a lot and I’m taking the positives from every experience. 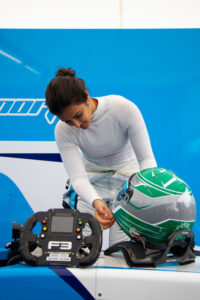 With the first round of action now complete, Juffali has time to take stock and prepare for the next meeting, which takes place at Silverstone in June.

Sensibly setting herself both short and long-term targets, and with the backing of a passionate Saudi fanbase, she is not to be underestimated.

“I take one race at a time and the immediate goal is a top ten finish, which I would like to then maintain throughout the season,” she says.

“Then I look to top six and genuinely I want to take a podium finish at some point. It is very much about making steady progress, making the most of the opportunities and putting the hours in on and off the track to make this season all it can be.

“It is an exciting time for Saudi Arabia in general and I am proud to be part of that story. It’s great to know people in the country are interested in what I am doing and support me.”

Igniting A child’s mind through the written word