“Women uphold the burden of the war the most” 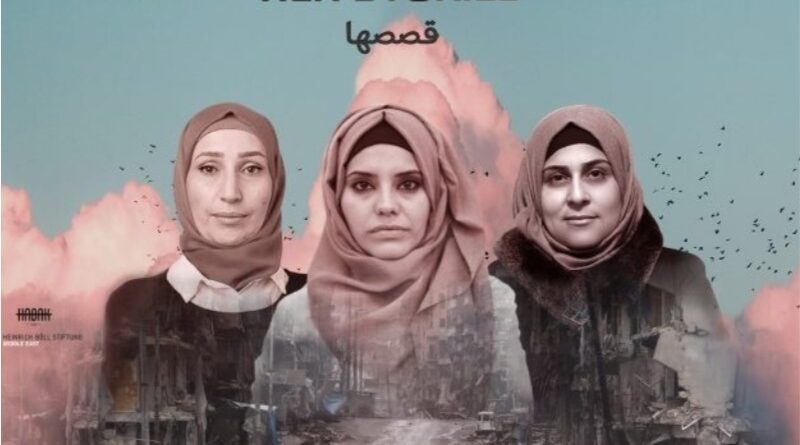 A Syrian photographer who came to worldwide attention when he rescued a child injured in a devastating car bomb has released his first documentary. Abd Al-Kader Habak’s 54-minute film, Her Stories, documents the struggles, successes and dreams of three women from Syria. It will premiere at the Oakville Festivals of Film and Art (Offa 2021) and will feature in major film festivals around the globe.

Filmed over four years between 2016 and 2019, Her Stories examines how the Syrian war moulded three women – Fatma, Weam and Malake – into revolutionary beings who defied cultural and societal barriers to build strength and independence after 10 years in a war zone.

Habak, the documentary’s director, fled to the UK in 2017 after enduring the siege of Aleppo and being persecuted by Islamists in Idlib.

He came to global prominence after a bomb near Aleppo in 2017, when despite being injured he put down his camera and returned to the site of the blast to help save any survivors.

Picking up a boy who was barely breathing, Habak’s run towards a nearby ambulance was captured on camera by another photographer – and the subsequent image went viral.

Speaking about Her Stories, he said: “Women uphold the burden of the war the most. In the absence of security, family and support, they become responsible caregivers and fight for their rights in a society that sidelines their role.

“The Syrian revolution has shifted the rules in society and made people believe in themselves and that they can create a change. This film discusses the way these three women rose against the cultural and societal norms to succeed in leading the change which many women seek.”

The documentary is a collaboration between Habak Films and Heinrich Böll Stiftung Middle East. The main cinematographers on the film are Mostafa al-Saroot and Milad al-Shahabe.

Abd Al-Kader Habak is a Syrian cameraman and filmmaker who worked in Syria during the most difficult times and documented six years of the conflict. He was described as the ‘symbol of the revolution’ when a photo of him rescuing a child became viral. He has worked with several international channels such as the BBC and CNN as a cameraman and field producer. After living in the siege of Aleppo and being persecuted by Islamists in Idlib, he fled to the UK in 2017. Habak lives in London where he is building a career as a documentary filmmaker.