Having a conversation with family, friends or a healthcare professional can be key. 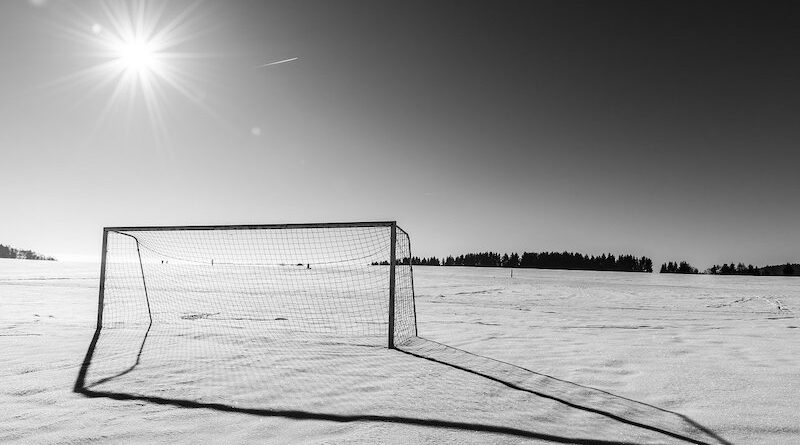 FIFA has launched #ReachOut, a campaign designed to raise awareness of the symptoms of mental health conditions, encourage people to seek help when they need it, and take actions every day for better mental health. With the support of past and current football players, the World Health Organization (WHO) and the Association of Southeast Asian Nations (ASEAN), FIFA is underlining the importance of greater awareness around mental health.

In launching #ReachOut, FIFA President Gianni Infantino, said: “This campaign is very important in raising awareness about mental health conditions and encouraging a conversation which could save a life. In FIFA’s Vision 2020-2023, we pledge our commitment to make football work for society, and I thank the players and Ms Enke, who have contributed to this important initiative.

“Depression and anxiety affect rising numbers of people worldwide, and young people are among the most vulnerable. Having a conversation with family, friends or a healthcare professional can be key. FIFA is proud to launch this campaign, supported by the World Health Organization and ASEAN to encourage people to #ReachOut.”

The campaign hears from FIFA Legends Aline, Vero Boquete, Cafu, Laura Georges, Luis García, Shabani Nonda, Patrizia Panico, Fara Williams and Walter Zenga. FIFA.com also speaks with former Bolton Wanderers and Team GB forward, Marvin Sordell, and Sonny Pike, who was labelled the ‘next big thing’ at 14, about their experiences with depression. Teresa Enke also discusses the pain of losing a loved one to suicide, and her work with the Robert Enke Foundation.

Depression affects more than 260 million people in the world while around half of all mental health conditions start by age 14. Suicide is the fourth leading cause of death in young people aged 15-29. Among active football players, 23 per cent report sleep disturbance, while nine percent have reported depression and a further seven percent suffer from anxiety. Among retired players, these figures increase, with 28 percent struggling to sleep and depression and anxiety affecting 13 percent and 11 percent respectively (source: FIFPRO)

Working from home, unemployment, school closures and social isolation have affected people around the world during the COVID-19 pandemic; the challenges for people with mental health conditions, for whom access to treatment has, in many cases, been disrupted, are even greater.

“As the COVID-19 pandemic continues, it is as important as ever to look after our mental and physical health,” said Dr Tedros Adhanom Ghebreyesus, Director-General of the World Health Organization. “WHO is delighted to support the #ReachOut campaign, spearheaded by FIFA to encourage people to talk about their mental health.”

The video awareness campaign features Legends, current players and special guests, who have lent their support to this mental health campaign, and at times sharing their lived experience. The campaign is being shared on FIFA digital channels, with multimedia toolkits provided to the 211 FIFA member associations and to media agencies to facilitate dissemination and use within Europe and beyond.

Meanwhile, players from Brunei, Cambodia, Indonesia, Laos, Malaysia, Myanmar, the Philippines, Singapore, Thailand and Vietnam reinforce WHO advice on how to help to keep our minds healthy, as well as our bodies, in the special ASEAN edition of #ReachOut.

Secretary-General of ASEAN Dato Lim Jock Hoi said, “Mental health and well-being are just as important as physical health and safety. Under the Chairmanship of Brunei Darussalam, ASEAN is taking steps to advance cooperation with external partners on mental health, in order to provide the ASEAN Community with the necessary and appropriate mental health and psychosocial support services.”

The World Health Organization (WHO) and FIFA collaboration

The World Health Organization (WHO) and FIFA signed a four-year collaboration in 2019 to promote healthy lifestyles through football globally. More information on the WHO-FIFA memorandum of understanding can be found here. The two organisations jointly launched the ‘Pass the message to kick out coronavirus’ campaign in March 2020 to share advice on effective measures to protect people from COVID-19. This was followed by the #BeActive campaign in April 2020 to encourage people to stay healthy at home during the pandemic, and #SafeHome, a campaign launched to support those at risk from domestic violence, in May 2020. More recently, the two organisations teamed up at the FIFA Club World Cup to #ACTogether to promote the need for fair access to COVID-19 vaccines, treatments and diagnostics, and to encourage people to keep practicing life-saving, everyday public health measures to prevent the spread of the coronavirus and to protect health.

The global campaign’s contributors include:

FIFA recently partnered with FIFPRO to sign a three-year cooperation agreement to provide health support to hundreds of recently retired professional footballers facing the challenges that come with career transition. More information can be found here.

Image by Foundry Co from Pixabay

All it takes is one candle to light up the world

CIRCLE partners with HBL to host She Loves Tech Pakistan 2021