More than 2 million young people participated in the Davos Lab Dialogues to share their views on what will become the next normal for society, government and business. 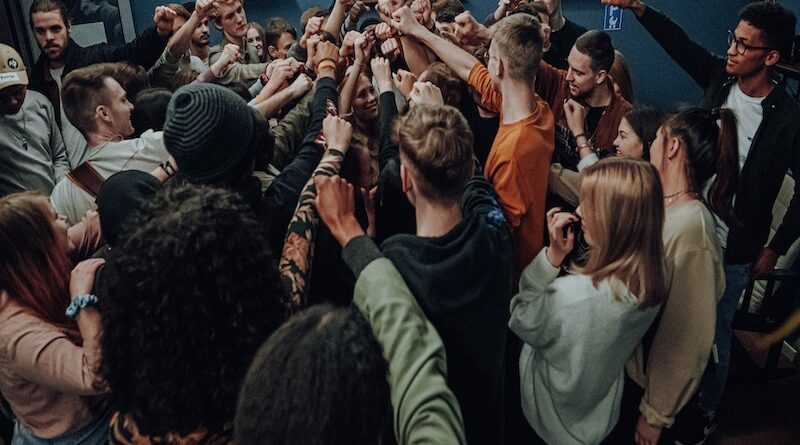 The plan calls for stricter environmental policies, financial safeguards, increased access to technology and investment in programmes to support more young people getting into politics. These ideas from future global leaders are poised to become the “next normal”.

“The idea that we need to rebuild differently after COVID-19 is widely shared. We need a society, economy and international community designed to care for all people, especially youth, who are the most important and most affected part of our global future. They are also the people who have the most innovative ideas and energy to shape a better world,” said Wadia Ait Hamza, Head of the Global Shapers Community.

In line with the UN IPCC Report, young people want to see a halt on all new coal, oil and gas exploration and development to limit global warming to the 1.5°C limit set out in the Paris Agreement. They call on financial institutions to avoid bankrolling or underwriting companies that seek to start new fossil-fuel exploration and development, and on firms to actively replace corporate board directors who are unwilling to wind down fossil fuels or transition to green energy sources.

They are extremely worried about their financial future. They want to see a global wealth tax on assets worth more than $50 million to safeguard social safety nets and avoid austerity measures that disproportionately burden youth and the working poor. Almost half of the young people surveyed said they feel inadequately skilled and close to a quarter said they would risk falling into debt if faced with an unexpected medical expense.

Young people champion an open internet but are concerned about misuse. Half of the world’s population still lacks access to the web and many contend with internet blackouts. A $2 trillion digital access plan is recommended to close the gap, especially in a socially distancing world that increasingly relies on virtual interactions.

Young people believe we have a serious crisis in politics. They believe that the fractures that have come to bear in society are manifestations of an underlying political problem. Concerns about corruption and stale political leadership have become urgent priorities for young people if they are to keep faith in the political system. The survey found that young people would be more likely to trust a system run by artificial intelligence than humans. To fix the problem, they are calling for greater investment in programmes that help young progressive voices join government and become influential policy-makers.

The Davos Lab Survey shows that physical safety ranks as the greatest safety concern among young people, a potential function of the increased use of surveillance technology and militarized policing against activists and people of colour.

To turn these recommendations into realities, dialogues were run by participants on what youth activism could look like. They created principles to guide their actions and activism for a more inclusive post-pandemic future. The culmination of these dialogues is presented in a Millennial Manifesto.

The Millennial Manifesto is the world’s first attempt at redefining the parameters and efficacy of youth activism in a post-COVID world marked by greater examples of systemic inequalities. “As uprooting systemic problems are particularly difficult for young people wrestling with challenges related to experience and credibility, this Millennial Manifesto acts as a guide providing timeless principles to sharpen their activism,” Wadia Ait Hamza said. It can be read here in the report.

More about the Global Shapers and the report methodology
The Youth Recovery Plan is an initiative of the World Economic Forum Global Shapers Community, a network created to ensure that the next generation – people between the ages of 20 and 30 – are empowered to help shape our common future. They are active in more than 450 cities in 150 countries world, and together they implement local and global projects to improve the state of the world.

The Global Shapers Community organized virtual dialogues and surveys around the world following the call to action at the Davos Agenda in January 2021. Local dialogues involved all stakeholders, including private dialogues with undocumented migrants to public forums involving heads of states and public figures.

The report is based on 344 dialogues held in 146 cities and on approximately 19,000 responses to the Davos Lab Survey conducted in 187 countries. The total reach of this work amounts to over 2.3 million people. Through these dialogues and the survey, young people shared their views, ideas and fears, which are summarized as a set of actionable insights and recommendations for key decision-makers.

IBM Z: Prepare For Your Future