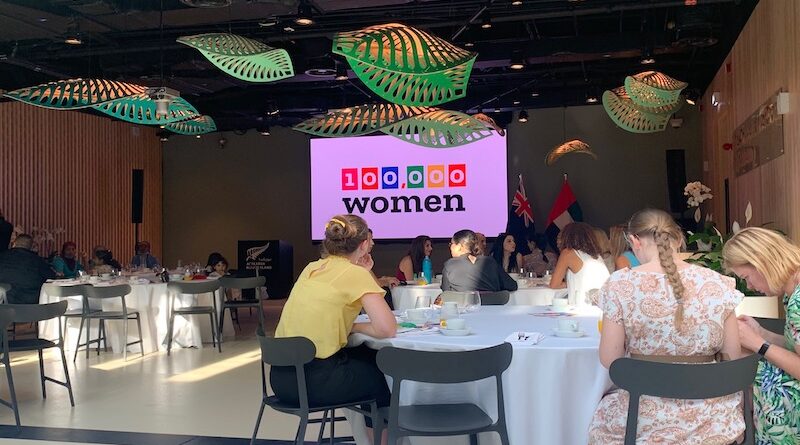 The Cherie Blair Foundation for Women officially launched the Middle East Chapter of the organization on November 14th, 2021 at Dubai Expo 2020. The event was organized at the New Zealand Pavilion, Sustainability District.

The newly appointed chair of the Middle East chapter of The Cherie Blair Foundation for Women’s ‘100,000 Women Campaign’ Pembe Al Mazrouei opened the event and spoke about the immense work the organization has been doing since its launch in 2008.

Al Mazrouei spoke about the relevance of hosting the event at the said Pavilion: “New Zealand was the first self-governing country in the world in which women had the right to vote in parliamentary elections.” Her opening speech was followed by Cherie Blair’s personal video message, welcoming guests and talking about the vision of the organization. 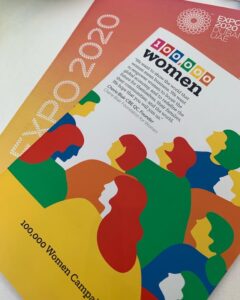 The Cherie Blair Foundation for Women helps ‘release the potential of women entrepreneurs so they can redefine the future’. According to the Foundation: “With our support, women in lower and middle income countries start and grow successful businesses and reclaim the rights and freedoms they are too often denied. As a result they earn a better living – but that’s only the beginning. Women’s economic equality is a smart, sustainable investment with long-term returns for all of us. It changes the health and education outcomes for children, creates safer and more prosperous societies, and with diversity see greater innovation and creativity.”

The event also showcased the Foundation’s global 100,000 Women Campaign – a three-year program which directly supports 100,000 women in the Global South. The Middle East chapter is one of the six regional campaign boards.

Through the campaign, the Foundation aims to tackle the global gender gap by empowering and equipping thousands of women entrepreneurs with the skills, resources and networks they need to participate equally as entrepreneurs. The campaign will include entrepreneurship trainings, mentoring as well as advocacy; also focusing on research, policy and thought leadership that envisions to influence decision-makers locally, nationally and internationally to create a thriving eco-system for women’s entrepreneurship.

The event also featured a lightning talk by guest speaker Dr. Nighat Awan OBE, Chair of Asia for the Cherie Blair Foundation For Women, who spoke about trailblazing women in her family. Dr Awan also talked about her life experiences, witnessing her mother’s route to greatness, also detailing her own journey to success through determination, confidence and hard work.

The event concluded with a scintillating fashion show presented by FAD Institute of Luxury  Fashion and Style Dubai students.

The Foundation can be supported by donations, knowledge and voice. For more information: cherieblairfoundation.org/100000women