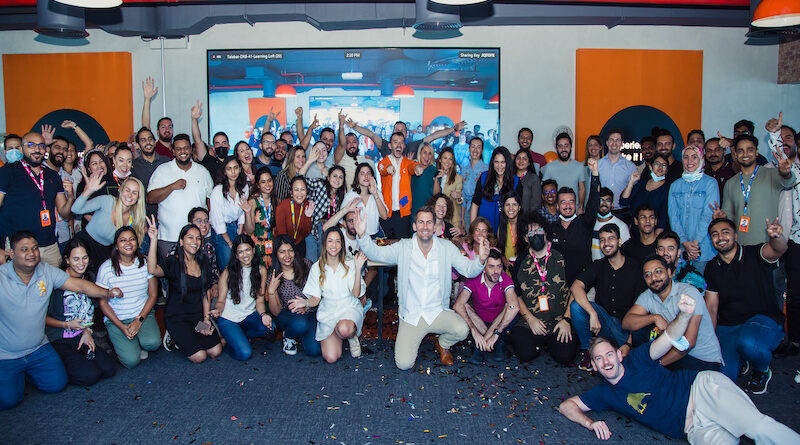 November 22nd, 2021, (Dubai, UAE): talabat, the region’s leading food delivery and q-commerce platform, today announced that the organisation’s Chief Operating Officer Toon Gyssels stepped down from the tech company and moved to its long standing partner Kitopi, the cloud kitchen platform. Jérémy Doutté and Tareq Barto have been appointed to talabat’s C-suite, while Tatiana Rahal will take the reins of the organisation’s UAE market.

Gyssels has been instrumental in transforming talabat’s operations and expansion success over the last four and a half years. He built a truly world-class team from 200 people to well over 3,500 people, and guiding the expansion of the organisation from food delivery to include q-commerce with talabat mart, and also, flowers, pharmaceuticals and other non-food verticals. He also oversaw the development of the talabat’s rider fleet, where the organisation moved away from a marketplace model (fleet managed by restaurants) to a full service model, providing delivery through dedicated logistics partners.

Doutté, who is currently heading up talabat’s UAE business as Vice President, will take on a regional leadership role, overseeing talabat’s nine markets, as Chief Business Officer, while Barto, who works for talabat’s parent company, Delivery Hero SE in Berlin, as the Vice President of International Markets, will move to Dubai to oversee talabat’s core operations as Chief Operations Officer. Rahal has also been appointed as Managing Director of talabat UAE, after two years as MD of talabat Oman where she accelerated and grew the organisation in every facet. She previously worked in Sales Excellence in the UAE market.

Gyssels commented: ‘My time at talabat has been some of my greatest professional achievements, and I’m truly thankful to every employee, every partner restaurant, and every rider who continues to make this organisation, in my opinion, the best tech organisation in the MENA region. ‘Now I’m excited to have joined Kitopi – starting a new chapter, a new opportunity. I cannot wait to get into the saddle and help the business to grow exponentially!’

Tomaso Rodriguez, talabat Chief Executive Officer, commented: ‘Toon’s legacy at talabat has been nothing short of phenomenal. He put the building blocks in play for the massive growth curve that you see today, and have seen over the past year – and the only way for us to continue is up. We have a lot of new products and features which will continue to add value to our ecosystem, which Toon has been a major part of; he’s helped to leave us in very good shape.

‘We also have two very strong replacements in both Jérémy Doutté, and Tareq Barto, who now will get their chance to continue, and create their own legacy at talabat. I have no doubt they both will excel in their roles leading our organisation into the next phase.

‘I’m also excited to see our UAE market continue to go from strength-to-strength with Tatiana Rahal’s appointment, bringing her knowledge and expertise after a fantastic two years with talabat Oman.’

With the newly appointed additions to the leadership team, talabat will be able to continue to bring innovation to the MENA region and deliver amazing experiences to customers, restaurants and riders alike.

Inspiring Innovation in the Legal Landscape