The report launch kicks off the 16 Days of Activism against Gender Based Violence, from 25 November to 10 December, under the theme, "Orange the World: End Violence against Women Now!" 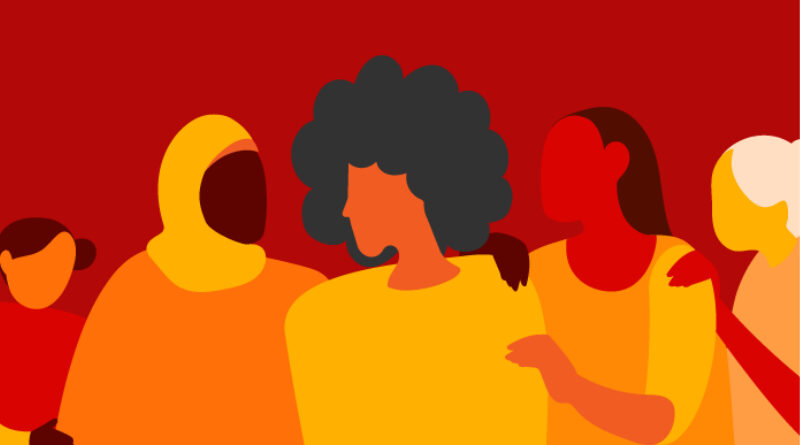 November 24th, 2021, (New York, USA): On the eve of the International Day for the Elimination of Violence against Women (25 November), a new report released by UN Women highlights the impact of the COVID-19 pandemic on women’s safety at home and in public spaces. The report shows that women’s feelings of safety have been eroded, leading to significant negative impacts on their mental and emotional well-being. The report comes as the world kicks off the 16 Days of Activism against Gender Based Violence, from 25 November to 10 December, under the global theme set by the UN Secretary-General’s UNiTE campaign, “Orange the World: End Violence against Women Now!”

“Violence against women is an existing global crisis that thrives on other crises. Conflict, climate-related natural disasters, food insecurity and human rights violations all contribute to women and girls living with a sense of danger, even in their own homes, neighbourhoods, or communities. The COVID-19 pandemic, which necessitated isolation and social distancing, enabled a second, shadow pandemic of violence against women and girls, where they often found themselves in lockdown with their abusers. Our new data underlines the urgency of concerted efforts to end this,” said UN Women Executive Director Sima Bahous.

Report findings
The new UN Women report, “Measuring the shadow pandemic: Violence against women during COVID-19”, based on survey data from 13 countries[Albania, Bangladesh, Cameroon, Colombia, Côte d’Ivoire, Jordan, Kenya, Kyrgyzstan, Morocco, Nigeria, Paraguay, Thailand, Ukraine], shows that almost 1 in 2 women reported that they or a woman they know experienced a form of violence since the COVID-19 pandemic. Women who reported this were 1.3 times more likely to report increased mental and emotional stress than women who did not.

The findings also revealed that about 1 in 4 women are feeling less safe at home while existing conflict has increased within households since the pandemic started. When women were asked why they felt unsafe at home, they cited physical abuse as one of the reasons (21%). Some women specifically reported that they were hurt by other family members (21%) or that other women in the household were being hurt (19%).

Outside their homes, women are also feeling more exposed to violence, with 40% of respondents saying they feel less safe walking around alone at night since the onset of COVID-19. About 3 in 5 women also think that sexual harassment in public spaces has gotten worse during COVID-19.

Socioeconomic stressors such as financial pressure, employment, food insecurity and family relations stood out as having a significant impact not only on experiences of safety (or violence), but also on women’s well-being overall. However, there is strong evidence that ending violence against women and girls is possible.

“Violence against women is not inevitable. The right policies and programmes bring results. That means comprehensive, long-term strategies that tackle the root causes of violence, protect the rights of women and girls, and promote strong and autonomous women’s rights movements. Change is possible, and now is the time to redouble our efforts so that together, we can eliminate violence against women and girls by 2030,” rallied UN Secretary-General António Guterres.

The UN Trust Fund to End Violence against Women, the only global grant-making mechanism dedicated to ending and preventing all forms of violence against women, has just marked its 25th anniversary, with the crowdfunding challenge #Give25forUNTF25. Over the past 25 years, the UN Trust Fund has supported 609 initiatives in 140 countries and territories. In the past five years alone, its grantees, mostly locally based women’s rights organizations, have led projects that reached nearly 55 million people, including more than 150,000 survivors of violence.

Also in the lead-up to the International Day, the EU-UN Spotlight Initiative – the largest-ever targeted global effort to end violence against women and girls – presented its Impact Report 2020-2021. The report estimates that 650,000 women and girls were provided with quality essential services despite COVID-19-related constraints and lockdowns. USD 148 million were delivered to civil society, women’s and grassroots organizations to ensure their survival and continued comprehensive service delivery to the hardest-to-reach women and girls.

Around the world, dozens of events organized during the fortnight period will aim to rally action to ensure a brighter future free of violence for women and girls, symbolized by the colour orange. In Iceland, a candlelight march will be organized to shine a light and envision the end of this scourge, and in Malawi, a sports tournament will demonstrate that boys and girls are part of the same team to fight gender-based violence. A 16-day mobile exhibition under the title: “We say it, we share it” will take place in Palestine, and in Panama the online campaign “Ya es Ya” will highlight findings, statistics and promising public policies.

Using art to raise awareness on the issue, Daaraj, a famous group of singers and rappers from Senegal will create a special song and video; a Gender Equality Fairy tale reading will be held at Vietnam; and art therapy sessions for women survivors of violence will be organized in Moldova.

As in previous years, iconic buildings around the world are expected to be lit in orange during the 16 Days, including the Grand Place City Hall in Brussels, Belgium, the Palais des Nations in Geneva, Switzerland, the Monastery Church in Rubik, Albania, the National Theater of San Salvador, El Salvador, and the One UN Building in Liberia.

Innovating the blend of perfection