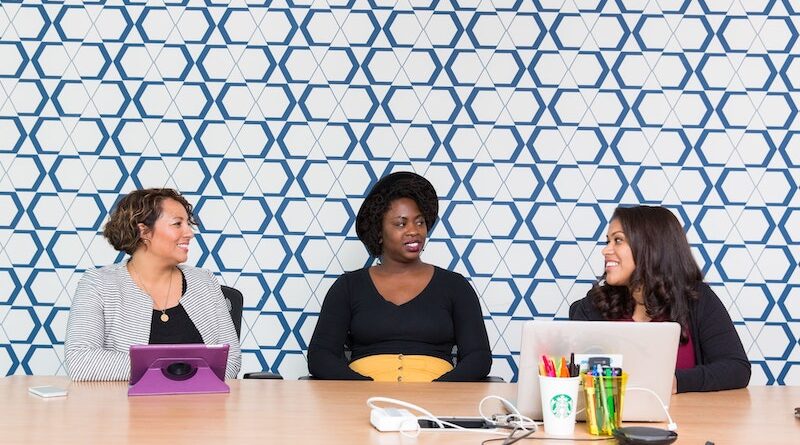 Washington USA: Around 2.4 billion women of working age are not afforded equal economic opportunity and 178 countries maintain legal barriers that prevent their full economic participation, according to the World Bank’s Women, Business and the Law 2022 report. In 86 countries, women face some form of job restriction and 95 countries do not guarantee equal pay for equal work.

Globally, women still have only three quarters of the legal rights afforded to men — an aggregate score of 76.5 out of a possible 100, which denotes complete legal parity. However, despite the disproportionate effect on women’s lives and livelihood from the global pandemic, 23 countries reformed their laws in 2021 to take much-needed steps towards advancing women’s economic inclusion, according to the report.

“While progress has been made, the gap between men’s and women’s expected lifetime earnings globally is US$172 trillion – nearly two times the world’s annual GDP,” said Mari Pangestu, World Bank Managing Director of Development Policy and Partnerships. “As we move forward to achieve green, resilient and inclusive development, governments need to accelerate the pace of legal reforms so that women can realize their full potential and benefit fully and equally.”

Women, Business and the Law 2022 measures laws and regulations across 190 countries in eight areas impacting women’s economic participation – mobility, workplace, pay, marriage, parenthood, entrepreneurship, assets, and pensions. The data offer objective and measurable benchmarks for global progress toward gender equality. Just 12 countries, all part of the OECD, have legal gender parity. New this year is a 95-country pilot survey of laws governing childcare — a critical area where support is needed for women to succeed in paid employment. A pilot analysis of how laws affecting women’s economic empowerment are actually implemented is also included, highlighting the difference between laws on the books and the reality experienced by women.

The Middle East and North Africa and Sub-Saharan Africa regions showed the largest improvements in the WBL Index in 2021, though they continue to lag behind other parts of the world overall. Gabon stands out with comprehensive reforms to its civil code and the enactment of a law on the elimination of violence against women. Gabon’s score rose from 57.5 in 2020 to 82.5 in 2021.

Globally, the highest number of reforms were made in the Parenthood, Pay, and Workplace indicators. Many reforms focused on protecting against sexual harassment in employment, prohibiting gender discrimination, increasing paid leave for new parents, and removing job restrictions for women. The Pay and Parenthood indicators have the lowest average scores in the index, but they have increased in the last year, rising 0.9 and 0.7 points, respectively, with average scores of 68.7 and 55.6. The gains in the Parenthood indicator have largely been around paternity leave and shared parental leave, but the low score highlights the need to accelerate reforms in this area.

“Women cannot achieve equality in the workplace if they are on an unequal footing at home,” said Carmen Reinhart, Senior Vice President and Chief Economist of the World Bank Group. “That means leveling the playing field and ensuring that having children doesn’t mean women are excluded from full participation in the economy and realizing their hopes and ambitions.”

Across the world, 118 economies guarantee 14 weeks of paid leave for mothers. More than half (114) of the economies measured mandate paid leave for fathers, but the median duration is just one week.

Women, Business and the Law 2022 introduces pilot research behind two new areas: legal environment for childcare services and implementation of laws. A growing number of economies are investing in childcare to enhance children’s skills and recognize unpaid care work by women, who often take on more caregiving duties. The pilot research analyzed laws in 95 economies and finds that most OECD high-income and Europe and Central Asia economies regulate public childcare services while in the Middle East and North Africa and South Asia regulations mandate the private sector or employers to provide care services for children of working parents.

To make childcare more affordable and widely used, some countries offer financial support to parents or childcare providers. The research also looked at quality aspects regulated such as teacher-to-child ratio, maximum group sizes, training requirements for teachers, as well as licensing, inspections and reporting requirements for service providers. More evidence is needed on what constitutes good quality and what aspects of quality might determine parental uptake of services.

This edition also explores the operation of Women, Business and the Law indicators in practice in 25 economies. An analysis of the laws’ implementation schemes reveals a substantial gap between legislation on the books and legal operation. Laws alone are not enough to improve gender equality; factors at play include not only their implementation and enforcement, but also social, cultural, and religious norms. These gaps will be further explored in future cycles of Women, Business and the Law reports.

East Asia and the Pacific: The East Asia and the Pacific region continues to reform its legislation towards gender equality, but at a slow pace. Two economies from East Asia reformed last year. Cambodia introduced an old-age pension system that sets equal ages at which women and men can retire with full pension benefits. Vietnam eliminated all restrictions on women’s employment.

Europe and Central Asia: The Europe and Central Asia (ECA) region is the second highest scoring region, with an average score of 84.1. Four economies reformed last year. Armenia and Ukraine introduced paid paternity leave, and Georgia introduced paid parental leave. Ukraine also equalized the ages at which women and men can retire with full pension benefits. Cyprus allowed women to apply for a passport in the same way as men. Important challenges remain in the areas of Pay and Pension which have the lowest average scores in this region. For example, almost half of the economies in ECA do not mandate equal remuneration for work of equal value, and the ages for full pension benefits are still unequal in 17 economies.

Latin America and the Caribbean: Women in Latin America and the Caribbean have less than three-quarters of the legal rights of men. Two of the region’s 32 economies enacted reforms in the past year. Argentina explicitly accounted for periods of absence due to childcare in pension benefits. Colombia became the first country in Latin America to introduce paid parental leave, aiming to reduce discrimination against women in the workplace. Only half of the economies in the region guarantee any paid leave for fathers.

Middle East and North Africa: Women in the Middle East and North Africa have, on average, only half of the legal rights that men do. However, the region improved its laws the most due to reforms in five economies. Bahrain mandated equal pay for work of equal value and lifted restrictions on women’s ability to work at night. It also repealed provisions giving the relevant authority the power to prohibit or restrict women from working in certain jobs or industries. Egypt enacted legislation protecting women from domestic violence and made access to credit easier for women by prohibiting gender-based discrimination in financial services. Kuwait prohibited gender discrimination in employment and adopted legislation on sexual harassment in employment. Lebanon enacted legislation criminalizing sexual harassment in employment. Oman allowed women to apply for a passport in the same way as men.

South Asia: Women in South Asia have only two-thirds of the legal rights of men in the region. Only one economy in the region reformed. Pakistan lifted restrictions on women’s ability to work at night.

Sub-Saharan Africa: Sub-Saharan Africa has a wide range of performance on the Women, Business and the Law index, ranging from 89.4 in Mauritius to 29.4 in Sudan. The region implemented comprehensive reforms, achieving the second highest improvement in the index last year. Gabon stands out, with comprehensive reforms to its civil code and the enactment of a law on the elimination of violence against women. These reforms gave women the same rights to choose where to live as men, get jobs without permission from their husbands, removed the requirement for married women to obey their husbands and allows women to be head of household in the same way as men. Gabon granted spouses equal rights to immovable property and equal administrative authority over assets during marriage. Gabon also enacted legislation protecting women from domestic violence. Gabon’s reforms gave women the same rights to open a bank account as men and prohibited gender-based discrimination in financial services.

Also in the Africa region, Angola enacted legislation criminalizing sexual harassment in employment. Benin removed restrictions on women’s employment in construction, so that women can now work in all the same jobs in the same way as men. Burundi mandated equal remuneration for work of equal value. Sierra Leone made access to credit easier for women by prohibiting gender-based discrimination in financial services. Togo introduced new legislation which no longer prohibits the dismissal of pregnant workers, reducing women’s economic opportunities