#AnankeWLF2022 To feature a conversation on the power of illustrated storytelling

The discussion will also explore how the age of technology is playing a role in transforming storytelling through innovation. 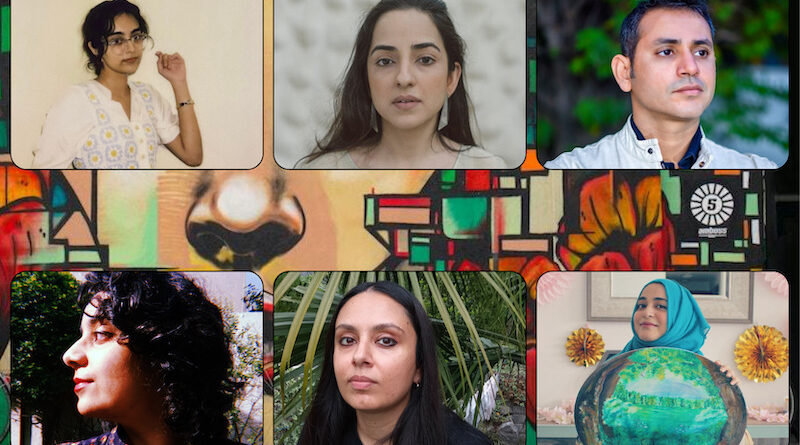 Dubai, UAE: The second edition of Ananke’s Women in Literature Festival will be held digitally on March 31st and April 1st, 2022. The two-day, online event plans to celebrate literary voices from across the Global South and beyond who are all set to share their views about fictionalizing women’s lived experiences at the second edition of Ananke’s much celebrated Women In Literature Festival 2022 (#WLF2022). The event will also be featuring a key topic of The Power of Illustrated Storytelling.

Would words have meaning if it weren’t for symbols, images and pictorial writings? For this, is how communication gave birth to language – written and inscribed! From the Mesopotamians, Egyptians, Chinese to denizens residing in the Valley of the Indus, incised ceremonial scenes to curves and symbols encapsulated fascinating stories of time. This session examines the power of illustrated storytelling from time immemorial, how visual imagery enables readers to explore in wonder, envision and contextualize the mysterious even without words and experience the thrill of immersion. While many would shy away from reading a 500-page book, there may only be a few who can resist the magic of graphic novel.

The discussion will also explore how the age of technology is playing a role in transforming storytelling through innovation, where gamification, Augmented and Virtual Reality (AR/VR) are now turning loyal fans of Stan Lee, Frank Miller and more, into immersive readers, players and storytellers themselves. How will storytelling shape up in our futuristic reality? 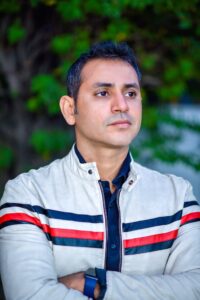 Usman T. Malik’s fiction has been published at Al-Jazeera, WIRED, Center for Science and Imagination (Arizona State University), in New Voices of Fantasy and several year’s best anthologies including The Best American Science Fiction & Fantasy series. He has been nominated for the World Fantasy, Locus, and Eugie Foster awards, and has won the Bram Stoker and the British Fantasy awards. Usman’s debut book Midnight Doorways: Fables from Pakistan won the 2022 Crawford Award from the International Association for the Fantastic in Arts (IAFA) and was on Washington Post’s 2021 list of best new science fiction and fantasy collections. It is available through his website at www.usmanmalik.org with an Indian edition forthcoming from Hachette India in mid-2022. Usman was the January 2021 artist-in-residence at Stetson’s University MFA of the Americas and has been a visiting writer speaker at TEDx Lahore, the Clarion West Writers Workshop, and several universities in the US and UK (Twitter @usmantm Instagram @usmantanveermalik). 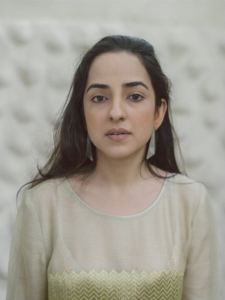 Samya Arif – OCEÁ is an internationally featured visual artist, illustrator and graphic designer. Her practice focuses on observations of social and cultural paradigms from a female’s perspective, embodying womxn and the spaces they inhabit. After graduating from the Indus Valley School of Art & Architecture in Communication Design, she has created visuals for various publications, music artists, book covers, and film posters. She has also been a part of the Karachi based, electronic music collective, Forever South – as artist, designer and DJ.

Samya has been featured in The New York Times, the BBC, Vice, CBC, The Fader and Pitchfork. She has collaborated on several international projects such as the Mumbai based Taxi Fabric, her designs for which were featured in the British band Coldplay’s video. Her projects include clients such as Penguin Books, HarperCollins, Macmillan Publishers, Al Jazeera, the US Embassy in Nepal, British Council, NPR and Google. She has been a regular illustrator at Pakistan’s renowned Herald magazine. Her work has been exhibited in Pakistan, India, UAE, England, US, Belgium and Spain. Samya currently lives and works in Karachi, Pakistan and is a part-time professor at her alma mater. 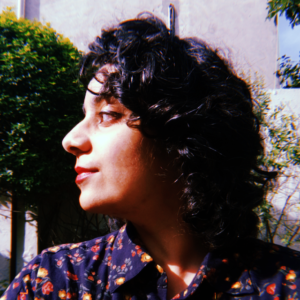 Rohama is a multidisciplinary illustrator and educator who works on diverse topics from speculative fiction to mental health. She is a Fulbright scholar and graduate of the Maryland Institute College of Arts MFA Illustration Practice program where she was also the recipient of the Nancy Lee Rhodes Roberts Graduate Fellowship. She works in various mediums including digital and traditional illustration, sculpture, embroidery, and animation. Her work has been viewed at the WOW Festival, Lahore Digital Arts Festival, the VM Gallery’s group show Days of Light and Darkness as well as at Tomorrow, a group show at PressMatter in Shanghai.

Talking about the event, Rohama said: “Events like the Ananke Women in Literature Festival are integral to developing ways of being in today’s world centering the Global South. To cultivate a space for creators of colour to come together on their terms will strengthen cross cultural bonds and will enrich the way we tell our stories.” 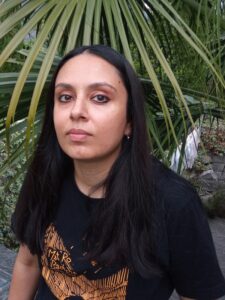 Ikroop Sandhu is a graphic novelist based in Dharamshala, India. After a peripatetic childhood where drawing was the only constant, she did her BA in Philosophy from Lady Shri Ram College (Delhi) and then a diploma in Visual studies from Vancouver Film School. Her work focuses on the feminine capacity for knowledge gathering, storytelling and reflecting. She draws and writes keeping in mind the feminist slogan—‘the personal is political’. Her primary mediums are drawing and animation. Her work has been published in three graphic narrative anthologies. She has worked on video art pieces for artists such as Raqs Media Collective and she occasionally teaches drawing and animation for a living. She has recently written and drawn her first graphic novel which is a biography on the Punjabi revolutionary Bhagat Singh, titled ‘Inquilab Zindabad!’. 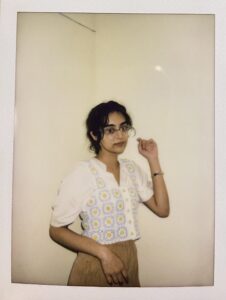 Emil Hasnain is an artist based in Lahore. She has made an illustration for the short story In The Ruins of Mohenjo-Daro published for Crawford Award winner Usman T. Malik’s short story collection Midnight Doorways: Fables from Pakistan.  She has  worked on projects with LUMS, EdJam Network, Johnny and Jugnu and Wabii and has made the campaign posters for Aurat March Lahore (2021 and 2022) and Climate Impact PK. Her work has been exhibited in WoW Pakistan Festival 2022 and Lahore Digital Arts Festival for “Post Reality” and Lahore Design Festival. Emil is currently working and illustrating at The Last Word Bookshop in Lahore and is working on a graphic novel. 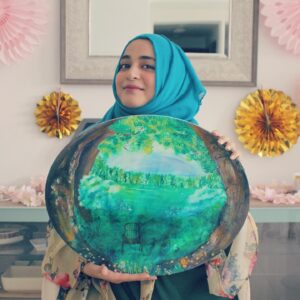 Kehkashan is a visual artist and writer from Karachi. She can’t function without a sense of community or a cup of coffee. She has short stories published or forthcoming in Fantasy Magazine, Translunar Travelers Lounge, The Gollancz Book of South Asian Science Fiction Vol. II, and Chiral Mad 5, among others. She can currently be found in Jeddah, working on her first novel, spending time with her three young children, and searching for calm in the midst of chaos. You can see her in action at www.instagram.com/artworkbykehkashan

With the theme, Rethinking Paper, Ink & Gender, the two-day online event opens up dialogue on publishing and the written word at the intersections of gender, feminist literary activism, innovation, biases, sustainability, linguistic identity, corporatization in publishing and more.

The event will be livestreamed on Ananke’s Facebook page: https://www.facebook.com/anankemag

#AnankeWLF2022 Readomania Panels to focus on gender divide on bestseller lists, women writing during the pandemic