AnankeWLF: Sidra F Sheikh on Rediscovering the Self Through the Written Word 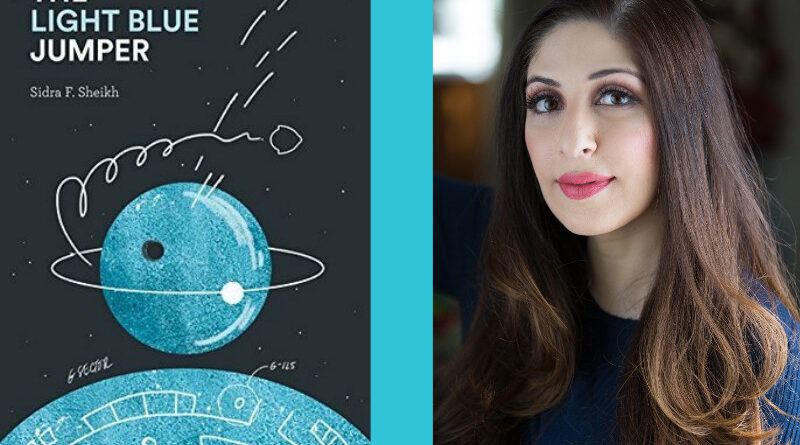 Do tell us about your writing journey. What drew you to this profession?

I was the kind of child who always had her nose buried in a book, but the moment when words really came alive for me was when I started reading the Narnia series in the third grade. I just knew that I wanted to be part of that magic one day. As it often happens with childhood dreams, they gather dust while we pursue our grown-up ambitions. I shelved the idea of a degree in literature for the more practical choice. I read Economics and then went on to law school and started practicing law.

It was only when the chaos of motherhood knocked me backwards off the well-worn path I had chosen, that I remembered a long-forgotten part of myself. The part of me that wanted to break free of the regimented, structured, measured language of the legal world and use my words freely instead – to connect with people. When I sat down to write, I didn’t know what I would write, where it would go, but what I did know was that I had something to say and I was willing to give myself the space to express it.

It took me about a year to complete the first draft of The Light Blue Jumper. It started with one scene centred around the character of Zaaro Nian and as I wrote, the story unfolded in my head. Sometimes I would laugh out loud while typing and my husband would stick his head in through the living room door wondering if I was quite right in the head (the question remains unanswered.)

It is now relatively easier for a woman author to be taken seriously, as compared to decades ago, but we still have a long way to go. What difficulties have you faced in this journey?

Yes, it is relatively easier now. My book was published in 2017, with The Light Blue Jumper I ventured into sci-fi, traditionally a white male dominated space – so here I was – a woman, and a Pakistani, based in Pakistan, with a Douglas Adams-esque space opera. The first hurdle was – who would risk publishing my book and if it was published where would I find an audience for it?  The funny thing is that I was published by a woman, edited by a woman and the cover design was drawn up by a woman, all Pakistanis based in Pakistan. Mongrel Books, Karachi, an indie publishing house, the first of its kind in Pakistan, published The Light Blue Jumper as their first offering to the public. It was an incredible journey for all of us. We had ventured into uncharted territory and the book was sold entirely on word of mouth – the publicity was all organic, we got interviews on radio, reviews in newspapers, even a tv interview, because people were interested in the book. We had no budget, but one thing led to another and it became a best seller in Pakistan. It ended up straddling the divide between young adult and adult genre fiction and the readership – a lot of it was made up of women!

South Asian literature is often seen as a monolith. When it comes to literary representation on the global scene, only a handful of South Asian works are selected to highlight cultural stereotypes and tropes, despite the enormous amount of diversity. What do you think needs to change, or has changed?

Yes, that has been the case and still is to a large extent, that South Asian literature is supposed to be a certain type of writing and about certain themes. Generally Western publishers/agents in the literary fiction arena seem to believe that South Asian pain sells. Poverty, terrorism, refugees – these are the usual suspects, followed swiftly by exoticized culture books. The wonderful thing now is that South Asian genre fiction is bending and re-shaping that expectation and launching itself right into the fray with all the mainstream genre books by white authors. There is a rising interest and demand for genre fiction, especially fantasy set in non-western cultures, based on non-western lore. Which is something I am currently working on 🙂

Do you think that fiction is far more influential and impactful in social change, as compared to non-fiction?

Yes. It stays with you longer, is far more accessible and interesting to read (most of the time), unless non-fiction is written in the style of fiction, like Educated by Tara Westover.

When it comes to writing stories that aren’t in your familiar cultural context, what are the elements that you look at?

The Light Blue Jumper is set in a galaxy far away and is completely removed from any cultural context, ours or others, which is something that I enjoyed setting up the most. I turned a lot of conventional wisdom about gender, beauty, parenting on its head when I imagined an alien culture where the rounder the body the more attractive the person, or the darker the blue the more aristocratic the lineage.  It allowed for humour as well and served to highlight the absurdities in our culture that we take for granted in our daily lives.

Do you experience a Writer’s Block? How do you overcome it?

I am a mother of two and a practicing lawyer, I feel like I don’t have the luxury of getting blocked during the writing time I squeeze out of the day for myself. Also, everyone has a different process. I am usually a neutral pantster. When I write I can only see as far as the headlights so it takes the pressure off. I write scene by scene and if I end up somewhere I don’t like so much, I simply jump around in the story to some other scene that I am excited about – not knowing how it will fit in – but with complete faith that it will all make sense in the end. And if it doesn’t – then there are always revisions. I tend not to stop myself, because even if I have a bad writing day, it’s better than a blank page. I give myself a pat on the back, safe in the knowledge that I can always delete it later.

Any word of advice for aspiring writers?

My advice is, don’t second guess yourself. There is a reason why a book goes through edits. Don’t be your own editor, looking over your own shoulder when you write. When you’re writing your first draft remember it’s just you and the page – it’s you telling yourself the story. If you get too focused on the details of style right at the start sometimes you get in your own way. Also, when you’re done with the first draft, put it aside for at least 5 to 6 weeks so you can gain some perspective before you look at it again. Last, have a supportive group of writers around you whose advice you trust and who can cheer you on when you’re in a slump.

Ananke WLF – Rohama Malik on the power of illustrated storytelling