We want to speak to a global audience and give them a peek into the cultures and countries participating, much like what we did at EXPO 2020 Dubai: Ti22 Film’s Reim El Houni. 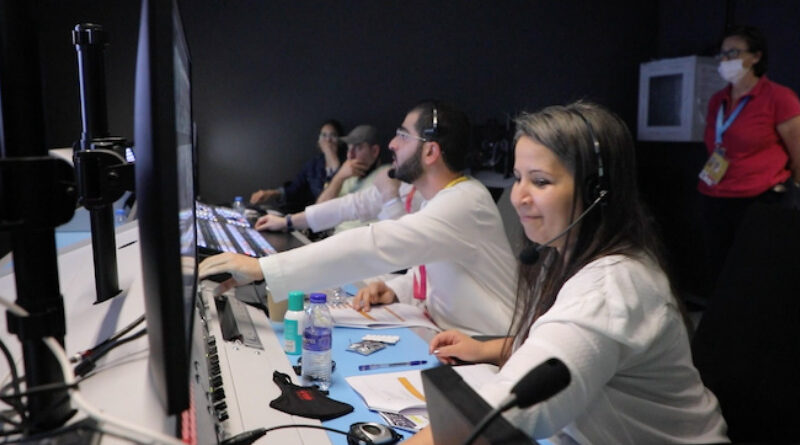 Featuring commentary, fan stories, exclusive insights from football stars, and interviews with celebrities, each episode will be a fun, engaging, and interactive experience, reaching over 100 countries and millions of viewers. The programme will also give audiences deeper insight into the 32 nations participating in the football world’s ultimate competition.

The show will be filmed in Dubai and aired daily from Sunday, 20th November 2022, until the final whistle blows on Sunday, 18th December 2022. With the World Cup 2022 taking place in Qatar, hundreds of thousands of fans are expected to stay in the UAE during the games and enjoy special activations, events, and festivities.

Sharing her excitement, Reim El Houni said, “Our goal with the show is to create programming that the whole family will want to tune into, not just the avid football fan. This makes it even more important to tell interesting stories and secure guests people want to hear from. Therefore, we will develop a show that is more about the passion around football and not just the games. In addition, we want to speak to a global audience and give them a peek into the cultures and countries participating, much like what we did at EXPO 2020 Dubai.”

Most recently, Ti22 Films produced Studio EXPO, a 2-hour live show that aired daily to a global audience on Dubai One and EXPO TV during EXPO 2020 Dubai. The show featured top personalities from Presidents to Michelin Star Chefs to celebrities and dignitaries. Also working on the World Cup 2022 project is Mandy Keegan, who served as Vice President of EXPO 2020 Media and with whom Reim worked closely during the mega-event.  A renowned media consultant, Mandy has significant experience working across the entire lifecycle of major global events, including three Commonwealth Games, the London 2012 Olympics and Paralympic Games, four cricket world cups and has consulted on FIFA and England football association projects.

Reim launched her own production company, Ti22 Films, in January 2011, working with both corporates and broadcasters. Ti22 Films has won 11 New York Festival Awards and 13 finalist awards. In 2014, the company was awarded its first Cannes Corporate Media and TV Award. Reim has worked with some of the world’s largest multinationals and government entities, including Reebok, Realme, LG Electronics, DCAA, DAFZA and ENOC, to name a few, and top broadcasters, such as National Geographic, Discovery Channel, BBC, Times of India and many more.

AJS Events  a UK based sports marketing and production company that has 30 years of experience in the sports and events industry.  They have worked with global media rights agencies, federations, broadcasters, sponsors and government bodies across the globe.  Working with the likes of the Premier League, FA, FIFA, RFEF, FIGC, ICC and Olympics.

About: Ti22 Films is one of the most sought-after production companies in the UAE. The company produces compelling corporate videos, commercials, and video marketing content. With the teams’ expertise and understanding of the media landscape, the company delivers quality content through TV Shows, Commercials, Corporate Films etc. Ti22 has worked with some of the world’s greatest organizations, local and international, small and large, on a range of exciting projects, including corporate brand films, TV Commercials, videos for events, broadcast projects, and online content.

Clarion call that fight for women’s rights in Afghanistan is a global fight: UN Women Rep