I am because we are 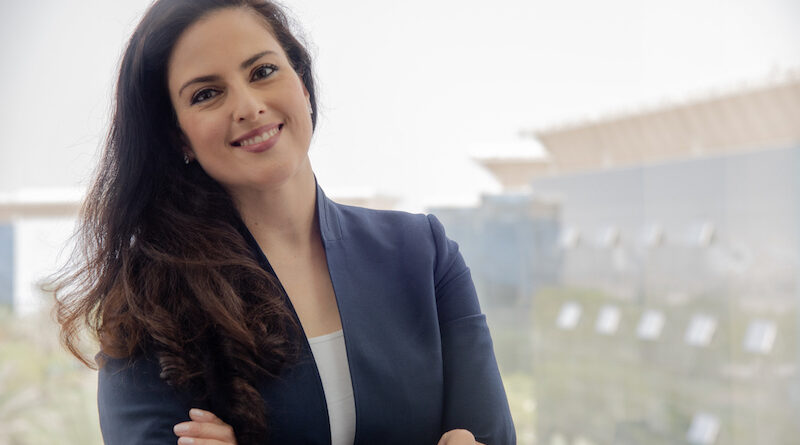 I would like to begin by you telling us about yourself – who is Sally Mousa?

I am an Iraqi-Australian international speaker and presenter, and someone who has been lucky enough to interview some of the most influential people in the world across every field. From Nobel laureates to royalty to business leaders and heads of state to celebrities and superstars, my passion is for uncovering the stories of the people who have had an incredible impact and sharing them with a global audience across more than 50 countries.

As a little girl, my family migrated from the Middle East to Australia, where we built our new home. That move is pivotal to who I am today, because growing up I never saw anyone who looked like me or had an Arab name in the media. Arabs and Muslims were always portrayed as terrorists, and Muslim women in particular were always portrayed as powerless, oppressed victims, the complete opposite of every Muslim woman that I had ever known.

I realized that to see change, we had to start telling our own stories instead of letting others hijack the narrative. That’s why I got into radio 20 years ago, where I and other young Muslims started producing programs which spoke to a whole new generation that is now actively shaping Australian society.

As a speaker, I am often asked to speak about transformation, and at the very heart of that, is the story of our identity. Most of us have not really reflected on the power of our own story to direct our life destiny and to influence others, but through my work over the years I have realized that storytelling is the most powerful tool we have, to both transform our lives and to inspire others. This is the driving force behind what I do.

Over the years, you have not just presented but also created and produced some of the most engaging events and programs focusing health, education, development, the arts and the list goes on, what are some of the highlights of your stellar career?

When I interview the world’s most successful people, I want to know the person behind the glitz and the accolades. The most pivotal moments in our lives are often the darkest. One of my favourite moments was interviewing Chris Gardner, the CEO of Happyness, and the man who was portrayed by Will Smith in the movie about his life, the Pursuit of Happyness.

He spoke to me about the books that rescued him from the abuse that he experienced from his own father at home, and the power that stories gave him to seek a better life for himself and his son. I was honoured simply to be able to interview him, but totally unexpectedly, he encouraged me to pursue my own dreams and to truly find my own voice. This is a man who does not go a day without hearing from people around the world who tell him how his story changed their life, and here he was, looking me in the eye, and saying, “Sally, this is the time to make your mark. Time is of the essence!”

Doing what I do has taught me that when you succeed, you never succeed alone. When you overcome your greatest struggles, others will see you do what they thought they couldn’t, and that can be the catalyst for them to do what they previously thought was impossible for them.

You are passionate about empowerment, cross-cultural interfaith understanding, tell us more about your vision and the work you have done?

I was at university when the September 11 happened. I remember seeing it all unfold on TV and knowing life would never be the same. That was a turning point for Muslims globally, especially Muslim women who were attacked and had their scarves ripped off their heads. We saw fear and division take over, and we needed to be louder as the voices of unity. As a leader in the Australian Musim community at the time, I was determined to break down the destructive stereotypes. We needed to know that as Australians, we are stronger in our diversity, not weakened by it. My work in leadership and community development as well as media has always focused on telling the diverse stories of those who are not normally given the mic. It’s understanding that we have so much more in common than we think, despite our differences. This vision is central to the Islamic faith, and is ultimately understood through the beautiful African philosophy called “Ubuntu”, meaning “I am because we are.” It’s the ultimate expression of humanity which understands that our actions affect others beyond what we see and feel. It is understanding that when we act with empathy and compassion towards others, not only are we elevated individually, but we also become stronger together.

Talking about vision, you are The Fred Hollows Foundation’s ambassador. Tell us how this relationship began, why, and your father’s (الله يرحمه) influence on you? 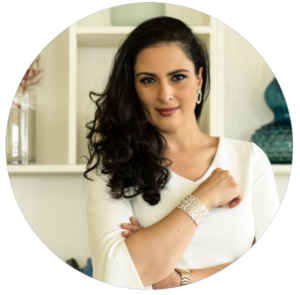 The late Professor Fred Hollows is a legend. I grew up watching him on TV, as he dedicated his life to ending avoidable blindness. He worked tirelessly to restore sight to thousands of people, both in Australia and around the world, as well as training countless eye doctors to do the same.

At the same time, my Dad practiced as an optometrist all his life, and he was outstanding at what he did. It was not just a job to him, but he was incredibly passionate about his work and wanted to make sure that everyone who came across his path got the best eye care possible. He loved his work so much that it really impacted me, and it made me realise what an incredible gift sight is, and how important it was to take care of our eyes. That is why now, more than a decade after he has passed away, it was incredibly special for me to be asked to become ambassador for the Fred Hollows Foundation. It truly is a full-circle moment for me and I know my dad would have been so proud.

Do tell us more about your work at the Foundation and what do you hope to achieve?

Most people do not think of blindness as curable. When I became ambassador, I was shocked to find out that 9 out of 10 people who are blind didn’t need to be, and that in some countries restoring someone’s sight can be done for as little as $25. It is mind-blowing to me that we can give someone the priceless gift of sight for the cost of buying lunch.

But even more amazing is that when you restore one person’s sight, you not only change their life, but you change their family’s lives as well. Their community is transformed because they see (literally and figuratively) possibilities that they didn’t even realise existed! A mother is able to take care of her children again, a father can provide for his family, a child can go to school, a woman can work to become financially independent, and their communities are uplifted economically as a result. The impact is truly staggering.

As an ambassador, my role is to raise awareness around this, and to help people realise that we can do so much with so little, and change so many lives in the process.

What kind of impact have you witnessed as far as the Fred Hollows Foundation is concerned?

The Fred Hollows Foundation has restored sight to more than three million people across 25 countries around the world. But while the numbers are astonishing, it means so much more when we see the individual stories of each person who is impacted.

One story that stands out for me is the story of a little girl from Kenya called Faith, who was actually abandoned by her parents because they couldn’t afford to take care of a blind child. She was left with her Aunt Helen, who was told by everyone in the community that this is God’s will, there’s nothing that can be done.

Her aunt didn’t give up and put Faith on her back and walked 25 km to the nearest clinic where there was a Fred Hollows Foundation-trained health worker who saw her. They realized she had cataract which they could cure.

The Foundation took her to the nearest eye hospital, five hours away where they performed the pediatric surgery. The next day after her surgery she could see. When she could see, the first thing that Faith said to her Aunt Helen was, “give me a pen, I want to go school!” She wanted to build her Aunt Helen a better house.

But that isn’t even the best part. The best part of these stories, is when that little girl went back to her village and her community, suddenly the entire community saw possibilities for their health that they didn’t even know existed, Suddenly you have not only empowered an individual, but you have empowered entire families, communities and bolstered economies. The ripple effect of these surgeries is massive, particularly where women are concerned!

Once we go out on our the field visits, we’ll see the work that the foundation does for ourselves, and these are the stories that I cannot wait to tell.

The Foundation is celebrating 30 years of impactful changemaking this year, any last words also focusing that?

Professor Fred Hollows lived by the philosophy that “We discover our own humanity when we help others” and he inspired many to do the same, and I’m sure you’ll agree that this is exactly what the world needs right now.

As the Foundation celebrates its 30th anniversary this year, I couldn’t be prouder of the work that they are doing at every level. They are not only performing life-changing surgeries to restore sight, but they are also training local people in affected areas to be doctors and practitioners who could do the work themselves and in turn train others.

While 43 million people are blind today, if we don’t act now, by 2050 it is estimated that more than 61 million people will become blind. The work of the foundation has never been more important, and with them, each and every one of us can change someone’s life.