Going by statistics, Palestine seems to be most promising especially when it comes to women tech entrepreneurship. Riddled with politico-economic instability, the country has, nonetheless, shown much potential, writes Sabin Muzaffar. 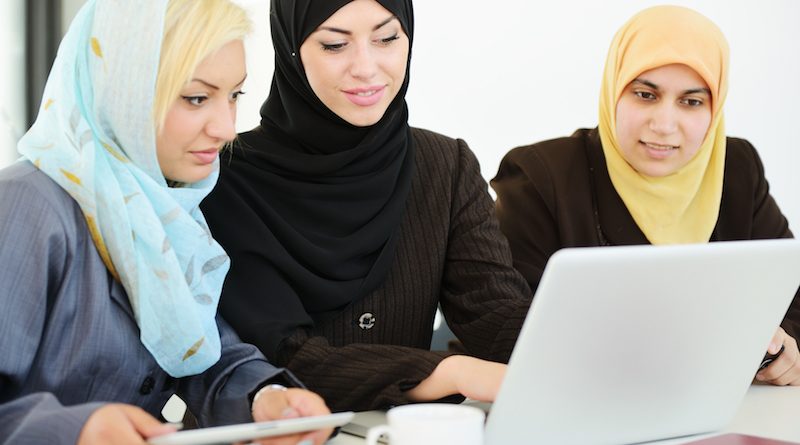 The Middle East has traditionally been a region engulfed in political unrest and discord. Surprisingly though, it is also an area burgeoning with immense potential as far as women entrepreneurship is concerned. With countries like the UAE – transforming from a frontier to an emerging market – and Palestine, with its remarkable rate of women engaging in technical education and equally impressive ratio of female entrepreneurs, the issue of ‘gender divide’ in the Arabian Peninsula is slowly yet steadily narrowing.

Going by statistics, Palestine seems to be most promising especially when it comes to women tech entrepreneurship. Riddled with politico-economic instability, the country has, nonetheless, shown much potential.

Gaza Starts is one initiative which has kick-started the country’s SME sector. A campaign for Gaza Sky Geeks (GSG), Gaza Starts was launched by the US-based humanitarian agency Mercy Corps. The entity was born through crowdfunding and contributions from 50 different countries. Gaza Starts strives to assist Gazan startups through enterprise and tech-based trainings, with a focus on women-centric entrepreneurial activities. According to an NPR article, “After one month of the Indigogo campaign, the tech hub Gaza Sky Geeks passed its minimum goal of raising $70,000 to keep the shared workspace in a Gaza City high-rise open. The group extended the campaign for a month to try to raise $250,000 — enough money to keep staff through next year and run an international hackathon. Gaza Sky Geeks Director Iliana Montauk began to plan the fundraising campaign during the war this summer, as the major grant that began the program ran out. After three conflicts in Gaza over the past five years, she was unsure whether people would invest in Gaza again. Now, she says donors seem impressed that people keep working on startups in difficult conditions — and the war cemented that impression.”

Praising the initiative and talking about the overall business vibe of the region, Nabbesh’s founder Loulou Khazen Baz tells Ananke, “In my opinion, the environment across the Middle East is very encouraging especially for women. I had earlier spoken to a group of women in Gaza who are actively involved in startup programmes such as Gaza Starts – which not only inspires but also promotes women entrepreneurs. So things are very positive in this regard. Such initiatives are actually empowering women in Gaza. I can also quote one example where we were looking for a translator and advertised on Nabbesh. One of the girls from the same programme applied and got the job.” Adding, she remarks, “I think women, not only from Gaza but also from other parts of the world, need to have a platform designed to support and encourage them. Women need an outlet to showcase their skills. You may have the right skill set but not a venue to showcase your talents, and this is where companies like Nabbesh come in.”

Gaza Starts strives to assist Gazan startups through enterprise and tech-based trainings, with a focus on women-centric entrepreneurial activities.

Although things look bright and positive, realistically speaking, there are still a number of roadblocks to overcome. Apart from the usual difficulties facing any Palestinian entrepreneur such as weak infrastructure and lack of funds, etc., women also have to conquer issues stemming from cultural bias, lack of proper training, equal opportunities in terms of employment and enterprise.

Indeed, there are organizations such as International Finance Corporation – a World Bank Group, Google and many more like them who are willing to invest. This is mainly because these entities realize the critical role of integrating women into the economy thereby growing the SME sector, alleviating poverty and creating a sustainable future.

But until obstacles such as access to finance, public and private policies reformation, discrimination as well as equal opportunities for women are addressed appropriately, positive economic development will remain an illusion.