Maha Tazi studies the impact of climate change on women. 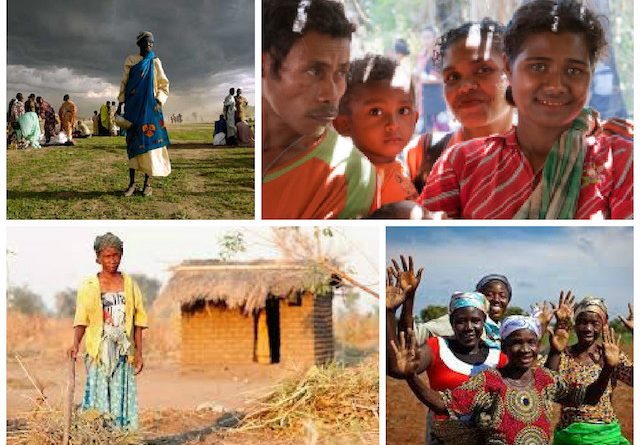 Climate change is a serious problem. It becomes even more serious when it impacts different populations disproportionately.

Between 1990 and 1999, two billion people across the globe were affected by natural or technological disasters, comprising more than 600,000 fatalities worldwide. More recently, in 2013, a total of 96.5 million people across the globe were directly affected by the effects of climate change, killing 20,000 people worldwide resulting in a total collateral cost damage of 125 billion dollars.

Quite surprisingly (but perhaps not so), statistics reveal women are the primary victims of natural disasters: A well-known study conducted by the London School of Economics revealed that out of the 141 natural disasters that occurred from 1981 to 2002, women made up majority of the victims of environmental hazards, and their chances of survival on the outset were significantly smaller than that of men. In fact, a study by Forest Climate Change highlighted that women are actually 14 times more likely to die of natural disasters than men.

It is even more unfortunate that poor women are the most severely affected by the adverse effects of climate change. In other words, the poorer the woman, the most severe the impact is likely to be.

Speaking about major disasters only, women accounted for 80% of the deaths during the Kuala Cangkoy cyclone in North Indonesia, 61% of the death toll of Cyclone Nargis in Myanmar, and 60 to 70% of the victims of Bandah Aceh tsunami in Indonesia. Women also accounted for 90% of the 140,000 people killed in the Bangladesh cyclone disaster in which the death rate in the adult female population reached 71 per 1,000, which was about five times higher than the rate of 15 per 1,000 for adult men. A report published by Oxfam in 2005 under the title “The Impacts of the Tsunami on Women” also revealed that more women than men died in Indonesia, India and Sri Lanka during the 2004 tsunami.

However, it is even more unfortunate that poor women are the most severely affected by the adverse effects of climate change. In other words, the poorer the woman, the more severe the impact is likely to be. A recent study conducted by the World Health Organization (WHO) revealed that people in low income countries are four times more likely to die from extreme natural events than people in high-income countries. Because women constitute 70% of the poor, they are, therefore, more likely to die of natural disasters.

Poor people tend to depend on climate-related livelihoods such as agriculture, farming and harvesting; in this sense, climate change primarily affects poor women by impacting directly on their very means of livelihood. As a consequence, the gender discrepancy of environmental challenges has come to light in a range of major disasters affecting primarily developing countries of South Asia and Central America such as the Asian Tsunami and the various cyclones in South Asia mentioned above. We need, therefore, to primarily focus on securing and safeguarding women’s resources and capabilities in countries with low human development index (HDI), especially as these factors have tremendous impacts for women’s security and life opportunities. The Human Development Index (HDI) is a tool developed by the United Nations to measure and rank member countries’ levels of social and economic development based on four main criteria: Life expectancy at birth, mean years of schooling, expected years of schooling and gross national income per capita. The HDI makes it possible to track changes in development levels over time and to compare development levels in different countries.

Poor people tend to depend on climate-related livelihoods such as agriculture, farming and harvesting. In this sense, climate change primarily affects poor women by impacting directly on their very means of livelihoods.

On matters of healthcare, the occurrence of natural disasters usually translates into an increase of health issues among women or an exacerbation of previously experienced issues: A WHO study conducted in 2005 revealed that climate change leads to the increase of incidence of malnutrition among the female population and to an augmentation of infection risks in girls due to a lack of privacy and water shortage for personal hygiene. Climate change also increases the rate of premature deliveries in high-risk areas, around 48 hours following an earthquake.

In terms of education, climate-related flooding increases the domestic burden of women in risk areas as they tend to rely more on food processing, cattle and chicken for income which, again, have significant implications in terms of social status and life opportunities.

As an illustration, in Bangladesh, 80% of women who live in rural areas and are solely responsible for water and firewood collection, food preparation, and family health care. When, for instance, water becomes scarce or is contaminated, women and girls tend to spend more hours performing the same task. This has a direct impact on their schooling as well as on the time available for other livelihood or employment activities. A study by the WHO revealed that the highest rates of school dropout among girls usually occur during or immediately after extreme natural calamities.

On matters of safety and security, changing natural conditions lead to forced migration and the creation of refugees, in which women are always placed at significantly heightened risk for assaults, theft and rape. Several studies have revealed that women and girls become more vulnerable to sexual abuse in disaster situations in which they may be coerced into sex for access to basic needs such as food, shelter and security.

In addition, the prevailing social norms which promote traditional gender roles usually impose strict codes of modesty on women and restrict their geographical mobility which also has tragic effects in terms of disasters. Cases in point, in the 1991 Bangladesh cyclone, many women died while waiting for their husbands who make the evacuation decision to come home rescue them; in the Maharashtra earthquake in India, high death tolls among women were also due to women being in homes that were damaged by the disaster while men were in the open areas.

Women should be seen as assets to be harnessed in the interests of better environmental management. The exclusion of women from environmental projects can only be a recipe for disaster.

So in order for policymakers to be able to provide more appropriate and efficient environmental responses today, it has become necessary to recognize and acknowledge the differential gender impact of environmental challenges. As women also have profound knowledge of the natural world, policymakers should appreciate that women play an essential and special role in the management of natural resources as it was raised in “Women, Gender Equality and Climate Change”: “Women should be seen as ‘assets to be harnessed in the interests of better environmental management”. Hence, the exclusion of women from environmental projects – through outright neglect or belief in the gender-neutrality of projects – can only be a recipe for disaster.

Maha Tazi is a graduate in International Relations and Middle Eastern Politics from the University of Wollongong in Dubai (UOWD). She is currently working as a Project Consultant in Public Relations and Corporate Communications at APCO Worldwide and teaching part-time as an adjunct instructor in Philosophy at UOWD. Maha has a special interest in world affairs and gender issues: She took a Women Studies course for one year at Sciences Po Paris and worked with several civil society organizations which struggle for the advancement of women’s rights including Association Solidarite Feminine (ASF) in Morocco.