Talking to Ananke, Founder and President Women’s Digital League, Maria Umar shares her views on the emancipating role of technology, and how the STEM fields can empower Pakistani women. 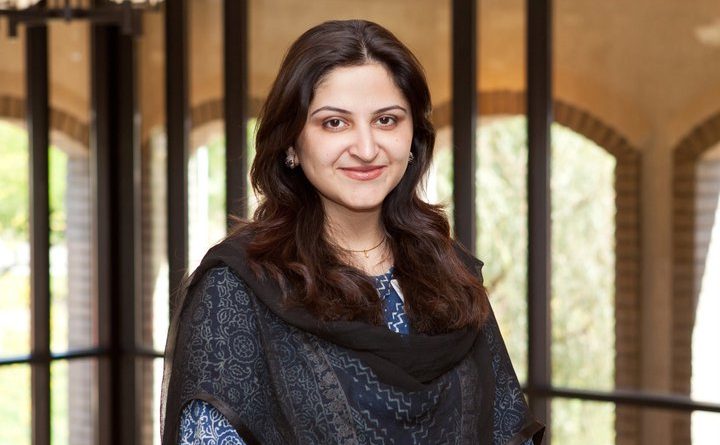 Registered in Pakistan as a non-government organization (NGO), and operational since 2010, the Women’s Digital League (WDL) is an online platform that provides training and work opportunities for local women. Introducing computer-based work, the social enterprise is not only recognized by Google but is also certified by Thunderbird School’s Project Artemis, and Goldman Sachs’ 10,000 Women Initiative. Founded by the illustrious Maria Umar, a thought leader for Ashoka Changemakers, WDL strives to overcome unemployment by promoting digital education.

If there is, in fact, a low percentage of women in tech fields in Pakistan, what needs to be done to change this scenario?

This is a country where 86% of educated women (according to UNICEF stats) don’t join the workforce. The low percentage is due to a lack of motivation and/or opportunities for work, so, first of all, we need to change that trend. To accomplish that, we have to keep in mind both cultural and social obstacles. Secondly, if women do enter the tech field, it’s mostly as designers. So as far as hardcore code and programming are concerned, or app development, women tend to shy away thinking both are more of a boy’s domain. Early introduction to STEM education through programs such as Technovation is very important – something that makes tech fun and interesting rather than long intimidating formulas.

Do you think tech education and careers can empower Pakistani women? How?

I believe any form of education and career can empower Pakistani women. With tech, you have the added advantage of working from home and still make good money. Platforms like Elance and oDesk are filled with jobs for coders and programmers.

The conversion rate of tech educated Pakistani women into career women is very low, how can this be changed?

Again, they need to be given opportunities that work around the obstacles to their forging a career. The one thing that makes most sense is online work. Build a platform where these women can find digital work they can do from home. The norm for Pakistani women is to get married in their 20s and raise families. By the time they are in their mid-30s and they have some time to themselves, they have either been replaced in the job market by new talent or they have lost the confidence to apply. For instance, in the KPK Digital Livelihood training program I conducted in partnership with the World Bank, my chief trainer was a computer science graduate and had an MCSE certificate. She taught computer science at a school for a few years before having her kids. Once the kids were old enough to go to school and she had extra time at hand, she didn’t have the confidence to seek a job even as a schoolteacher. After much goading, I persuaded her to come work for the Women’s Digital League, and it’s been so encouraging to see her regain her confidence and realize she still has it. So for these women who want t work but have families as well, it’s important to have freelance work-from-home opportunities available.

Going back to the first question, what societal elements hinder women from entering the tech field?

They are usually discouraged from working outside their homes as reinforced by age-old sayings like “Log kia kahein ge” or “What would people say”. Men are seen as the breadwinners and being more patriarchal than usual, Pakistani society, in most cases, sees the wife’s working as a weakness on the man’s part in being able to provide for the family.

Then there are very few careers that are seen as “respectable” job opportunities. Women either become doctors or they become teachers. We need to create female-friendly workspaces. Arguments and discussions over changing society’s perspective and getting the older generation to see things differently is great but it’s futile. What we need is to set some examples so people can look up to those role models and say, “Hey look xyz’s daughter/wife/sister is working at such and such place so it must be a decent one”. It’s what happened in my case where I became the first girl in my family to get a master’s degree and to work. Now that I have set that example, it’s easier for others to follow suit.

Pakistani society is patriarchal, just like many countries (or almost all) in the Middle East, but both men and women have already begun a liberating conversation about empowerment. What do you think is the difference, for instance, between a country like Palestine and Pakistan? The former is seeing a rise in not only women entrepreneurship but also their emergence in the tech and STEM fields.

The problem does not lie in patriarchy only. In many instances, you will see it’s the women stopping another from working or getting higher education. It’s the mothers who are against their daughters’ pursuing higher degrees or having careers because they want their children to “fit in”. It’s a matter of pride for them to have their daughter get married in a good home at an early age. Since men are the bread-earners, hence, they don’t want society to think their daughter is not being taken care of. I agree that in some urban areas this is an alien concept, but Pakistan has only three cities that can be called “urban” in the true sense of the word. Others are at best urban-rural hybrids where the same old mindset prevails. Unless that mindset is changed, we can’t expect to see much progress.

Maria is the founder and president of the Women’s Digital League (WDL). She has been working in the online digital outsourcing sphere for more than 5 years.

Project Artemis/Goldman Sachs 10,000 Women Initiative was the turning point in her career when she was coached and mentored by top business professors and talent from the Silicon Valley. Getting to the finale of GIST’s (www.gist.crdfglobal.org) “I Dare” business plan competition was another huge encouragement. Google Pakistan profiled WDL in its online campaign showcasing innovation in the use of technology.

Maria was nominated a “Thought Leader” by Ashoka Changemakers. WDL also won the Early Stage Award in Changemakers’ “Women Powering Work” competition. Maria is also actively working to encourage girls to opt for STEM at an early age through the Technovation Challenge.