In search of entrepreneurial diversity in Pakistan 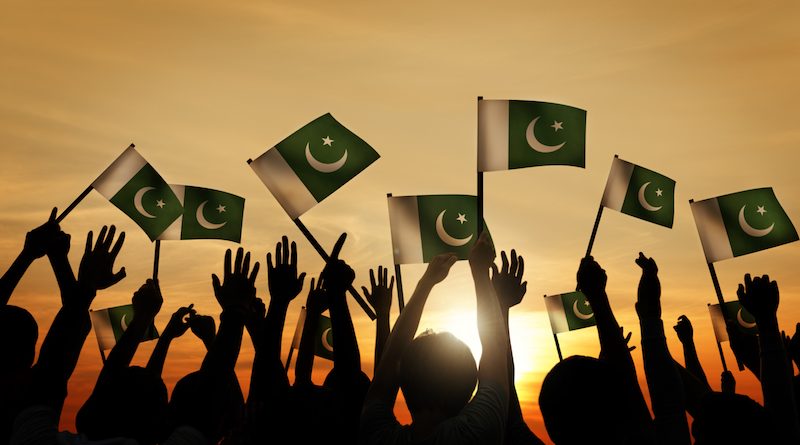 Pakistan is a country with a troubled economy, a dismal state of socio-political affairs, and it is a nation simmering with colossal dissatisfaction. Ranked 146th out of 187 countries on the UN Development Program’s 2013 Human Development Index – a comparative measure of life expectancy, literacy, education and standards of living for countries worldwide, Pakistan is a country where roughly 90 percent of the women population are marginalized in every sphere of society – from the home front, education, career and to business.

Although the last one decade has seen about a handful of Pakistani women enter the realm of business, technology and entrepreneurship in the country, there is still a deep void to be filled as far as diversity for national economic progress is concerned.

While this increasingly widening gap can be attributed to deeply-rooted gender segregation in a traditionally patriarchal society, women’s lack of awareness regarding their social issues, a poverty of women-centric initiatives from the private sector and, most importantly, the absence of a meaningful discussion on gender diversity and inclusivity have played a critical role in shackling women economically.

Women are now being termed as the third billion the world over – and who are set to join the workforce in the next one decade. In Pakistan, even urban women fall prey to the masculine hegemonic mindset – be it in educational or career choices, or venturing into the domain of entrepreneurship and decision-making; except for a select few! It is true Pakistan suffers from the lack of a proper infrastructure, policies and opportunities for entrepreneurship – what with its socio-political and economic crises. Such an environment invariably poses more hurdles for women in Pakistan.

It is true Pakistan suffers from the lack of a proper infrastructure, policies and opportunities for entrepreneurship – what with its socio-political and economic crises. Such an environment invariably poses more hurdles for women in Pakistan.

According to an ILO report titled “Women Entrepreneurs in Pakistan: How to improve their bargaining power,” writer Nabeel A. Goheers comments, “The business environment for women in Pakistan reflects the complex interplay of many factors. The modern institutional environment has a cosmetic tinge of equality and sometimes even discriminates positively in favour of women, but the underlying power of tradition and the vested interests of the patriarchal system work to maintain the status quo. The legal framework, the policy environment and the regulatory structures thus embed — or are interpreted — to discriminate against the economic activity of women.”

Even in this day and age, the pace of growth in women’s participation in the economic activities of the country remains sluggish. Educational choices are generally made to create perfect brides as opposed to trained professionals. There is a comparatively low conversion percentage of female graduates into career women, and an even lesser ratio of them in high-ranking positions.

While critics might argue that this is a global phenomenon, the public and the private sectors across the world are proactively working to change this situation. This is not the case as far as Pakistan is concerned.

In order to create a knowledge-based, sustainable society – a notion of having something one would consider utopic relative to Pakistan – much work needs to be done.

Rhetorical as it may sound, it is women who hold the key to a prosperous future mainly because they not only work for economic progress, but also because their inclusivity generates welfare development.

In an article published in The Guardian, International Trade Centre (ITC) executive director Arancha González was quoted as saying, “In some places women are not part of the economy; they are considered to be a non-asset of the economy. It’s almost like you have a plane with two engines but you only fly with one engine. You need to have both engines running if you want to generate the maximum amount of growth. The most interesting thing about women entrepreneurs is not only that they are an amazing engine for economic growth, but they are an amazing engine for equitably distributing the growth.”

Putting this into the Pakistan narrative, and based on a report by Jawad Syed, “Pakistan has one of the lowest rates in the world of female participation in economic activity. Compared with neighbouring Iran and India, where female labour force participation rate (for females aged 15 and older) is as low as 38.6 percent and 34 percent respectively, Pakistan’s female economic activity rate lags behind at 32.7 percent (UNDP, 2007). According to the United Nations

Human Development Report, an overwhelming majority of economically active women in Pakistan are working in agriculture (65 percent) followed by services (20 percent) and industry (16 percent). Female professional and technical workers represent only 26 percent of total workers. Furthermore, the ratio of estimated female to male earned income is only 29 percent (PPP US$ female 1.059, male 3.607).”

In another Dell-report titled “2015 Global Women Entrepreneur Leaders Scorecard,” sponsored by DELL, it was revealed that “Pakistan receives the lowest overall score for access to resources and the lowest scores for three of the indicators that make up this category. In Pakistan, only 19% of women have some secondary education, only 3% of women have a bank account and there are impediments for women accessing SME training programs. Ghana receives the lowest score for Internet access with less than 10% of women using the Internet. Pakistan does only slightly better with just over 10% women accessing the Internet.”

The role of technology in women entrepreneurship cannot be emphasized enough. While women’s inclusion in the STEM (science, technology, engineering, mathematics) fields is being encouraged from East to West, Pakistan is still at the stage of infancy.

The need of the hour in Pakistan, specifically speaking, is to enable women participation in not only the skilled workforce, but also to create a viable environment for female entrepreneurship. For this purpose, it becomes critical that all stakeholders – the private and public sectors, families, especially male relations – play a proactive, positive role in encouraging and supporting women.

The role of technology in women entrepreneurship cannot be emphasized enough. While women’s inclusion in the STEM (science, technology, engineering, mathematics) fields is being encouraged from East to West, Pakistan is still at the stage of infancy.

Digital gurus such as Jehanara – President of Pakistan Association of Software Houses, and Women Digital League’s Maria Umar are some of the visionary women paving the way for future female technologists and women-preneurs here to take charge of their destinies.

It is high time that generally held concepts such as the tech and engineering fields being traditionally men-oriented need to be tackled at all levels – starting from homes, educational institutions, to the business and corporate levels.

Surprisingly, there has been a slow but steady rise of women entrepreneurship and technology in Khyber Pakhtukhuwa, a Pakistani province still considered deeply entrenched in patriarchy. True, women still fall prey to the conservative mindset, but entities such as the Women’s Digital League are supporting the female community on multiple levels including raising awareness, capacity building as well as by creating support centers.

Moreover, the private sector needs to step up by launching CSR or social impact initiatives such as competitions involving female students in schools and colleges to encourage gender diversity. In addition to this, national, regional as well as inter-school educational policies should be devised to promote inclusivity, encouraging girls to participate. Pakistan needs women-centric incubators that actually launch ideas as well as offer training and mentoring grounds.

More legwork is truly the name of the game which will, hopefully, lead to the constructive development of Pakistani women, thereby harnessing their true potential and creating an empowered, knowledge-based society.

The question is, are well all willing to take that leap?

Seeing poverty in the mirror