Seeing poverty in the mirror

Claire Dangalan explores factors that lead to the feminization of poverty. 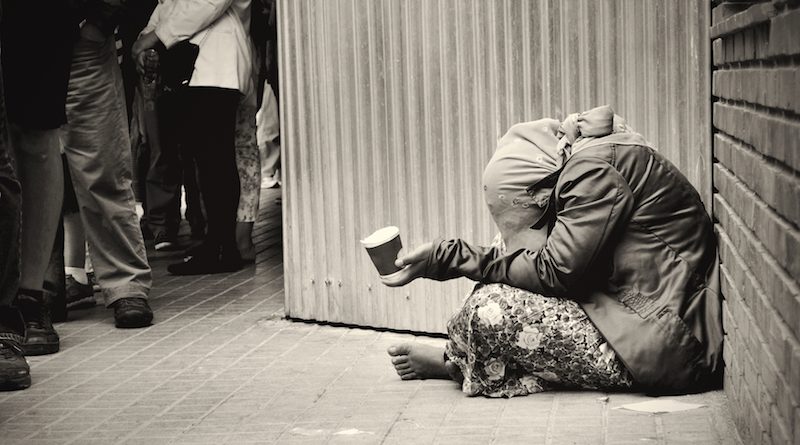 By most accounts, I would be a statistic in studies linking gender with poverty. After all, female heads of households like me, supporting their children on their own, are a fixture in studies and researches on the feminization of poverty. In fact, “lone mother households” or “single-mother families” are considered to be at the highest risk of poverty mainly due to inadequate (or lack of) income and very limited resources.

Single mothers are the poorest women in their society, and their children acquire all the possible disadvantages there are in their community relative to their peers. If the mother is illiterate, unemployed and unhealthy, her children face the greatest of risks in terms of something as basic as human survival. Satisfying basic needs such as food, shelter and water would be next to impossible, with the hope of education invisible even in the distant horizon.

A stark picture, indeed, but it is true. The global face of poverty is overwhelmingly female.

Female fetuses and infants at risk

In societies where female offspring are viewed more as economic liabilities than assets (“money-losing merchandise”), especially in places where each daughter to be married off is required to bring a dowry with her to her in-laws’ household – thereby leading to diminishing economic resources in the bride’s own household, the abortion of female fetuses and female infanticide are known to have been practiced.

Even China’s “one child policy” indirectly encouraged similar practices as couples traditionally had an overwhelming preference for having a son over a daughter so that the law had to be changed in 1984 to allow couples to have a second child if their firstborn is female.

In most poor male-headed families, primary decision-making is in the hands of the husband or male head of household. Women in such family setups tend to eat less, and “are the ones least likely to access healthcare, and routinely trapped in time-consuming, unpaid domestic tasks” (Beijing 20).

As for female infants who make it into adolescence, those born into poverty-stricken households helplessly carry on the vicious cycle of the feminization of poverty as they themselves are deprived of proper education, and are, instead, expected to become full-time caregivers and contributors to the household income at a very young age. Some unfortunate consequences of female illiteracy or insufficient education are teenage at-risk pregnancies, early marriage, separation/divorce, prostitution, sexual exploitation, STDs, etc.

In most poor male-headed families, primary decision-making is in the hands of the husband or male head of household. Women in such family setups tend to eat less, and “are the ones least likely to access healthcare, and routinely trapped in time-consuming, unpaid domestic tasks” (Beijing 20).

And while a few do survive and even manage to overcome such overwhelming odds, this number is a drop in the ocean of poverty; it is never the rule.

Traditional societies have, in general, downplayed the importance of women’s contributions to economic development as reflected in the devaluation of household work. Female-associated gender roles such as caregiving, housework, animal husbandry and cooking were not considered work per se, unlike farming, housebuilding, driving, etc.

And while women are said to perform 66% of the world’s work, as a consequence of this type of discrimination and devaluation of women’s labor (i.e. the “unemployable uterus”), the Beijing20, one of the UN’s online women’s empowerment platforms, states that “more than 1.3 billion women don’t have an account at a formal financial institution” – a fact which, again, contributes to the replication of the menacing cycle of female-related poverty.

Female-associated gender roles such as caregiving, housework, animal husbandry and cooking were not considered work per se, unlike farming, housebuilding, driving, etc.

Women who manage to become gainfully employed earn less than their male counterparts. In America, Maria Shriver’s 2014 report states that “the average woman is paid 77 cents for every dollar a man makes, and that figure is much lower for black and Latina women; African American women earn only 64 cents and Hispanic women only 55 cents for every dollar made by a white man.”

Men lead the pack in terms of career advancement as women (especially the married ones) would, at one time at least, be taking a maternity leave and/or leaves of absence to care for their sick loved one/s since “women’s place, first and foremost, is in the home.” And while male bosses and men with successful careers are considered exactly the successes they are, ambitious women who thrive in the corporate world are sometimes described in misogynistic terms as ballbusters, go-getters and workplace b*****s.

A little-known truth to all is that poverty continues to haunt women well into old age and the retirement years. There really is no respite from poverty if one is, in fact, poor or has become poor as a consequence of being female.

In an article written by Melanie Hicken for CNN money, it states that “women are almost twice as likely as men to live below the poverty line during retirement, with single and minority women struggling the most.”

Smaller earning means lesser savings, if any – next to non-existent for female heads of households. And since a lot of women are “employed” in the informal economy (unregistered, unregulated enterprises) and in part-time work, they do not get to enjoy the retirement benefits associated with having been employed in the formal economy (regulated by the state). Majority of poor elderly women tend to be those who were or continue to be heads of households, followed by those who have never married or remained single all their lives.

Some quick facts from the UN

Advancing the cause of women

By this time, with all the facts, figures and analyses on hand, people and their governments would have realized that advancing the cause of women is, in fact, advancing the welfare of the world.

Achieving true gender equality is not matter of pitting one sex against the other, it is a matter of social justice, good economics and politics. Countries who desire progress in the truest sense of the word need to work on the grassroots level. They need to address women’s issues and remove any obstacles that hinder women’s empowerment. They need to educate everyone, including women, and provide access to decent housing, employment, healthcare and sources of good nutrition.

Fighting poverty means eradicating elements that impede the achievement of a female-oriented agenda. It may sound discriminatory, but it is not. It may seem like a pipe dream, but it is not.

In search of entrepreneurial diversity in Pakistan