This article was written by Ananke's Sabin Muzaffar for MangoBaaz.com 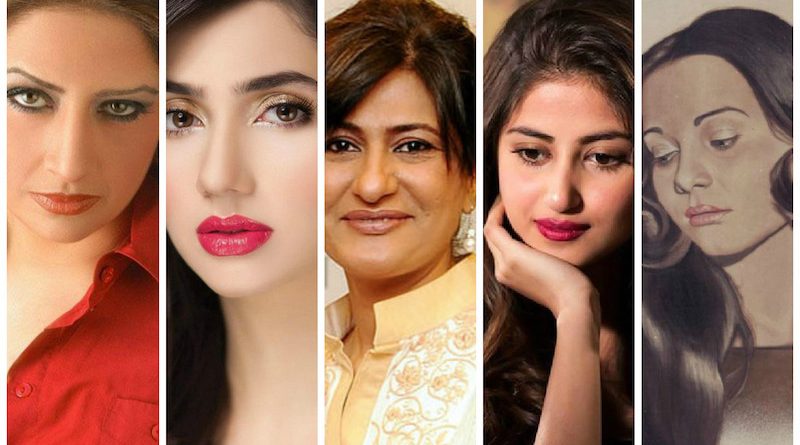 Way before the deluge of the Indian drama with likes of Kiyon Ki Saas Bhi Kabhi Bahu Thi (Because a mum-inlaw was once a daughter-inlaw) and what have you; it was actually the Pakistani small screen that had the subcontinent viewers glued to their seats. From the awe-inspiring Khuda ki Basti (the Lord’s village) in the late 60’s to the 80s smash hits Ankahi (the Unexpressed) and Dhoop Kinaray (On the banks of sunlight) – Pakistan has showcased some of the most memorable moments in telly-drama history.

What is most surprising is even in the era of censorship, many of the best loved dramas were those depicting women with strong, bordering to even willful, personas.

Is it then wrong to claim that Pakistan managed to produce some of the best female talents during the first three decades of local TV than those after Y2K?

We let you decide!

Winning numerous accolades, including Pakistan’s Nigar Award and Pride of Performance, the precociously emotive Roohi Bano became a beloved household name through her brilliant performances in Kiran Kahani (Kiran’s Story), Darwaza (Entrance) and Zarb Gulab. With beauty and brains, she ruled over the hearts of many but her career was tragically cut short because of her turbulent personal life.

The new darling of Pakistani small screen, Mahira Khan made her name with Humsafar (Journey’s companion) and Sadqay Tumharay. Mahira can be currently seen in the multi-starrer movie Bin Roye (Sans Lamentation).

She portrayed the epitome of a modern Pakistani woman – beautiful, strong and intelligent. Her quirky performance in Ankahi (the Unexpressed) and poignant one in Tanhaiyaan (Solitariness) made the serials cult classics.

Viewers fell in love with Aiza the moment they saw her in Hum TV’s Tum Jo Miley. But it was her bewitching performance in Piyaray Afzal (Dear Afzal) that left all yearning for more.

Aptly named Khoobsurat (Beautiful) in the popular comedy drama Bulbulay (bubbly), Ayesha Omar more than often depicts the young and rich youth of Pakistan. The young actor delved into the realm of music, even winning an award for Pakistan’s Lux Style Award for Best Album.

The veteran actor is indeed a force to be reckoned with – and is still going strong as far as gritty or even comic performances are concerned. She is best known in TV classics such as Aangan Terha (Lopsided Patio) and Fifty Fifty.

Who can forget her moving performance in Zindagi Gulzar Hai (Life is Paradise). More recently, viewers got to see her quirky side in a cellphone ad, making us think we are in for a surprise from the multitalented actor.

Tawny-eyed, translucent skin and sheer elegance oozed from this beauty in the 70s and 80s. She is best known for her portrayal of Isabelle of Castille in the drama Shaheen (Falcon) as well as Tipu Sultan and Akhri Chatan (The Last Mountain).

Bold, beautiful and very talented, Sajal is one starlet with numerous heavy duty performances under her belt. She has played meaningful characters in Mehmoodabad ki Malkain (Queens of Mermoodabad) and Chup Raho (Remain Silent), masterfully portraying the ills of society.

A relative newcomer in the industry, she entered the drama foray in 2012 and eventually earned awards for her hard work.

Another veteran name synonymous with sheer brilliance – Uzma Gillani is a remarkably strong and empowered woman celebrated and loved across Pakistan. She won the prestigious Pride of Performance award for her outstanding performance as an Afghani Refugee woman in Panah (Refuge).

Another talented artist who is known for her quintessential performances – sometimes the shrew and sometimes the damsel in distress.

Many other Pakistani drama queens come to mind – Saba Pervaiz, Badar Khalil, Atiqa Odho, Mahnoor Baloch, Sania Saeed – to name but a few. The list goes on and we pay homage to these women who create gold-dust in our every day lives.