This article was originally written by Mariam Khan on MangoBaaz.com 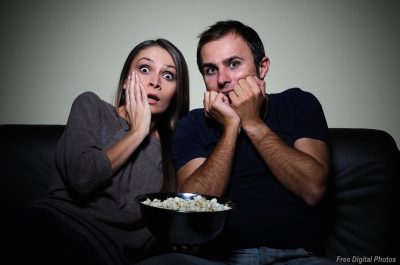 From item-song choreography to one-dimensional characters, it is not untrue to claim that movie industries across the globe reinforce some of the worst gender stereotypes one has ever viewed. On the other hand, there are movies that just get it right!

The movie’s central character Shahida has both Pakistan and India buzzing with adoration these days. Through her character’s innocence, humor and charm, Harshaali Malhotra, has captivated audiences across the two neighboring countries teaching us that love has no boundaries.

The effervescent Nargis plays a wife, mother, and provider for the family by slaving hard to pay off loans despite repeated tragedies and setbacks. The actress deftly illustrates the epitome of Indian motherhood.

A traditional girl gets dumped on her wedding day, uses her honeymoon tickets to Europe to seek out her ex- fiancé, instead makes new friends and gains a whole new perspective on life and love.

Vidya Balan charms her audience as the brilliant Bilquees or “Bobby” with one dream in life to be a private detective. She is goofy, honest, and passionate about her work and protecting those in her world.

Madhuri Dixit plays Janki, puts her life on the line for her lover who abandons their relationship because of social conventions. She questions his motives in a climatic speech in the middle of a performance.

Tara, played by the graceful Dimple Kapadia, is an older divorced woman who is looked down upon by the community. Her ex-husband is a stereotypical man with a patriarchal mindset who does not let their daughter meet her, leaving Kapadia isolated from her family and society.

Aishwariya as Neeru is a beautiful woman living in abject despair and poverty, yet puts up an appearance of living a great life in front of an old flame.

Anushka Sharma as Jaggu is a spirited journalist – passionate about her job and unafraid to speak her mind.

Kareena Kapoor completely transforms herself into a street-smart prostitute, who is full of snappy one-liners, charm and wit. The character Chameli shows an honest view of life as a sex-worker.

Rani Mukherjee as Meera is a brave journalist who never backs down from a fight, ready to throw out cuss words. Her investigative reporting in the end creates social awareness and brings justice for the murder of Jessica Lal.

Vidya Balan plays Vidya Bagchi, a super-agent who avenges her husband’s death in the most unconventional disguise, fights assassins and other big criminals in the streets of Calcutta.