Sabin Muzaffar explores the issues of women as property and gender inequality. 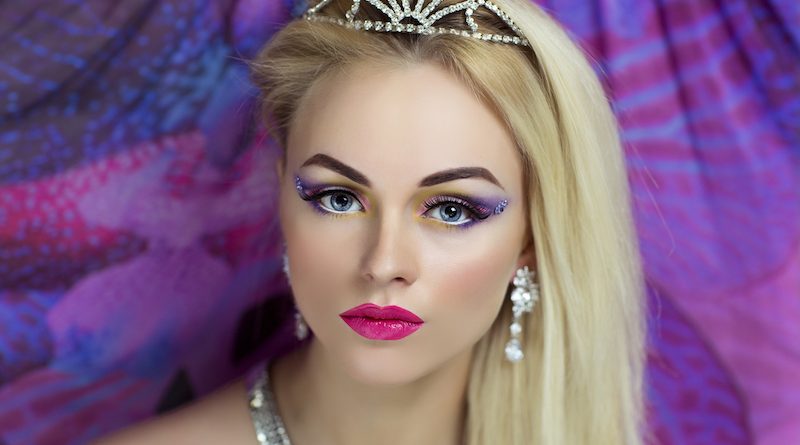 Gender inequality is an issue deeply entrenched in modern society stemming from various factors including poverty, lack of and inadequate access to education, or illiteracy; history bears witness to its existence since time immemorial.

A brief look into Greco-Roman myths and Eurasian history will show how the female sex was perceived in the pre-Socratic, post-Aristotelian eras, and even now in this modern day and age.

Although mass media has played a pivotal role in the objectification of women, world literature teems with instances of women commodification, the “weaker sex” treated as objects and taken like possessions as spoils of war.

According to a paper titled, “Women, Gender, and Religion,” edited by Susan Calef and Ronald A. Simkins, and written by Christina A. Clark, Creighton University: “Greek medical writers differ in their ideas about male and female bodies. The Hippocratic school presented men and women as separate species (what we might call a “two sex” model), whereas Aristotle considered women imperfect or defective men in what has been termed a ‘one sex’ model. While men’s bodies were hot, dry and compact, women’s bodies were cool, moist and spongy. Further, women’s bodies, being more porous than men’s, were thought to be more open to outside influences. Thus, women lacked the firm control of bodily boundaries that men had. Women changed shape during pregnancy, and they leaked: blood, tears, and emotion. ‘Since woman does not bound herself, she must be bounded.’ This is achieved by organization of her space, prescription of her gestures, ordering of her rituals, imposition of headgear, attendants, and other trappings.”

As expected, there was (and still is) little change in women’s status in society although more defined with the passage of time: one form being the ideal “domesticated housewife” and the other – a “demonic figure.”

With such a widely-held mindset, women’s bodies were thought to be mere vessels for reproduction and fertility. This not only gave rise to sexual segregation, it also showed how society had specific gendered roles for men and women. The latter played a role, albeit a passive one, in maintaining the health of the family, focusing mainly on reproduction. Transforming into capital for production, women’s bodies became “sites of containment, control and oppression,” writes Clare Craighead in her article titled “(Monstrous) Beauty (Myths): The commodification of women’s bodies and the potential for tattooed subversions, Agenda: Empowering women for gender equity.”

As expected, there was (and still is) little change in women’s status in society although more defined with the passage of time: one form being the ideal “domesticated housewife” and the other – a “demonic whore figure.”

As economies grew and thrived, man’s manifold demands further increased, giving rise to insatiable consumerism in every aspect of society.

According to feminist writer Andrea Dworkin: “Female knowledge of objectification usually stops at a necessary but superficial understanding: beauty is rewarded and lack of beauty is punished. The punishments are understood as personal misfortune; they are not seen as systematic, institutional, or historical. Women do not understand that they are also punished through sexual use for being beautiful; and women do not understand the lengths to which men go to protect themselves and their society from contamination by ugly women who do not induce a lustful desire to punish, violate, or destroy, though men manage to punish, violate, or destroy these women anyway.”

Traditional media, and now the social media boom, have all but fueled man’s capacity to exploit and objectify women. With sexually suggestive images of specific body parts – the bloated lips, lustful eyes, enticing cleavage plastered everywhere from magazines, newspapers to the digital landscape subliminally put both men in hyper-drive.

In his media coverage analysis titled “Objectification of women in media,” Jon Barber writes: “Sexual messages in the mass media can have both immediate and long-term effects. Viewing a television program may change a person’s immediate state by inducing arousal, leading to inhibition of impulses, or activating thoughts or associations. It may also contribute to enduring learned patterns of behavior, cognitive scripts and schemas about sexual interactions, attitudes, and beliefs about the real world. The recurring message the media is sending is sticking over time lending to the negative effects on society. They have created stereotypes amongst society: that we as a society focus on permissive sexual attitudes, that men are primarily sex-driven, that women are objects of men’s desires.”

Another research article by Jennifer Stevens Aubery suggests: “Perhaps the most insidious way that the media emphasize physical attractiveness is by objectifying bodies (Fredrickson & Roberts, 1997). Sexual objectification has been conceptualized as the separating of a person’s body, body parts, or sexual functions from his or her person, reducing them to the status of mere instruments, or regarding them as if they were capable of representing him or her. Content analyses have operationally defined sexual objectification as instances in which the focus is on isolated body parts, such as a bare stomach, buttocks, cleavage, or a bare chest, in the absence of a focus on the rest of the person. A general conclusion from this content-analytic work is that the media often focus on bodies and appearance as the most important components of sexual desirability. However, there are gender differences in how the media use sexual objectification. Some research has suggested that the difference in how the bodies of men and women are portrayed is by the face-to-body proportions. For men, a ‘face-ism’ bias exists, whereby men’s heads and faces are shown in greater detail than they are for women. The corresponding bias for women is ‘body-ism’; the focus is usually on women’s bodies or body parts, sometimes eliminating their heads altogether.”

We are a species born in diversity, influenced by factors such as our genealogy, culture, biology, and geographical influences. Despite knowing these facts, mankind still remains enslaved to unyielding ideals of a patriarchal mindset, which actually does nothing but oppress the society as a whole.

From Zeus’ creation of the first woman, Pandora, to be used as a weapon in the mythical tale of his contest against Prometheus, the epic Trojan battle that “burnt the topless towers of Illium” in the name of Helen, the desecration of the empowered Hypatia on the streets of Alexandria to the dysmorphic sexualization of the modern “educated” woman; there exists a long protracted tale of power, domination and commodification of “woman” to be valued for “its” use.