Claire Dangalan takes a closer look into the importance of being beautiful. 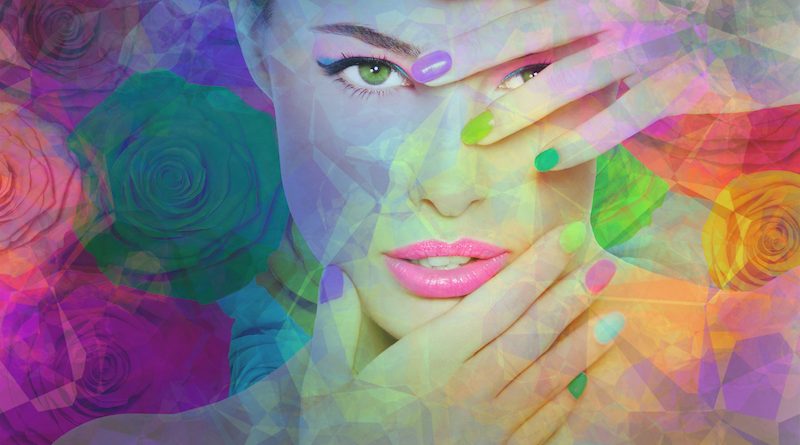 How many times have we heard ourselves saying: “Beauty is only skin deep” and “Don’t judge a book by its cover,” and actually believing it? Many times, I suppose, especially during our impressionable years… and then faithfully, we hold on to them even as we find ourselves learning just the opposite.

The recent brouhaha over the promotional recruitment video posted by the Alpha Phi sorority chapter of the University of Alabama criticized for being “Racially and aesthetically homogeneous and forced, so hyper-feminine, so reductive and objectifying, so Stepford Wives: College Edition. It’s all so… unempowering” by writer A.L. Bailey has, once again, brought a lot of sensitive issues under the spotlight not the least of which is our idea of what is pleasing, attractive, beautiful.

Among us women, the idealistic feminist inside us screams “I am free to (just) be,” but then we look around and see society looking back at us. No, we are not as free as we wish to be. There are layers of lenses through which we see ourselves, however unwillingly, and more lenses and perspectives through which others see us.

One of my favorite articles on beauty is the one by Sidney Katz: “The Importance of Being Beautiful” (Down-to-Earth Sociology, 2007). He conducted research on “person perception” and explains in the end how a person’s attractiveness affects her/his life prospects and experiences whether it be during infancy, childhood, in school or the workplace. The more attractive or beautiful one is perceived to be, the better are one’s life chances.

Katz’s study supported the so-called “halo and horns effect” which is a term used by social scientists whereby people associate unpleasant characteristics (“horns effect”) with people they barely know based on what they perceive to be a less-than-pleasing outward appearance or some other trait seen as negative, and then decide other people to be good (“halo effect”) based on attractive physical attributes, charisma or certain skills the individual possesses which they find desirable.

Kristen Houghton, in her article “Pretty Is, Well, Pretty Important to Me,” published on Huff Post Style (2013), admits, “I was a serious girl back then who wore glasses and only lip-gloss, pulled my long hair into a pony-tail and believed that my intelligence was the best thing about me. I still do. But… somewhere along the road to adulthood I discovered what being pretty could accomplish for me and I used it to my advantage. I found out that, no matter how much effort had to go into achieving it, I liked being pretty and better yet, thought of as pretty. It worked well for me.”

In the Journal of Public Economics (2010), a study in Finland called “The looks of a winner: Beauty and electoral success,” it was found that more physically attractive politicians, both male and female, had 20% more votes in comparison to more competent but average looking candidates.

The Economist also published an article in 2012 called “Don’t hate me because I’m beautiful” based on a study done by Bradley Ruffle and Ze’ev Shtudiner showing how CVs with photos of hunks or good-looking guys were selected for interviews. And, to avoid an applicant’s being judged for or judging an applicant based on looks, Ruffle suggested that companies “discourage the practice of including a photo altogether.”

But what is “beautiful”?

They say “Beauty is in the eye of the beholder,” which you may or may not agree with. However, one thing is certain, people we consider beautiful are perceived as pleasing one way or another, eliciting a pleasurable response from within us.

In some places, petite women may be the norm whereas in other societies, voluptuous or curvy women are preferred. But what we consider beautiful these days is largely influenced by how much we are exposed to the highly globalized Western model of beauty: fair or lighter skin, wide deep-set eyes (maybe not brown or black), the legs of a runway model, low BMI but with the curves of a woman from the pages of Sports Illustrated, relative hairlessness, and hair of a different color or shade and texture. Even “plus-size models,” though not fitting into the size zero model category, have beautiful faces. And they need to be tagged “plus-size,” not just models.

No, we are not as free as we wish to be. There are layers of lenses through which we see ourselves, however unwillingly, and more lenses and perspectives through which others see us.

In both historical and cross-cultural studies on beauty, earlier societies and various ethnic communities have certain practices designed to make women more attractive to their future mates such as foot binding in China, the use of corsets in Europe, ear stretching among the Masai, facial scarification in some tribal communities in Sudan, and the Kayan neck rings – all of which we may consider strange and unnecessarily painful, but no less strange than what we are doing to ourselves in order to fit into our sometimes impossible standards of beauty.

“Beautiful” – at what price?

Using cosmetics is no longer just about enhancing our appearance: adding color to our lips and cheeks, highlighting our eyes, shaping our brows or mattifying oily spots. Like thespians, some women put on makeup like a mask… altering their appearance so that stories of a man divorcing his wife after seeing how she looks without makeup now abound.

Going under the knife, though still somewhat frowned upon, is rampant among celebrities and no longer uncommon among “regular” people, especially women. People undergo cosmetic surgery to get rid of wrinkles and unwanted bulges or fat (liposuction), to have larger perky breasts (breast augmentation/silicone implants), to have jaw or chin reduction work, get nose jobs, and get their lips done with lip enhancement fillers.

Medical terms like anorexia nervosa, bulimia and body dysmorphia have become parts of our everyday lingo, and sadly, have begun to afflict more and more adolescent girls who are bombarded daily with unrealistic images of beauty on television, print, digital and social media.

And it doesn’t stop there, simpler cosmetic procedures like skin lightening and the exact opposite, tanning, have become quite commonplace. Oriental women born with a natural epicanthic fold undergo double eyelid surgery to have “bigger” more attractive eyes. Women with obvious facial and body hair pluck, shave, get lasered, or go through the torture of waxing to keep certain body parts hairless. Some of us diet, run, Zumba, stretch and pole dance – not for health reasons – but to satisfy a need to fit a category of beauty that is driving everyone mad.

Medical terms like anorexia nervosa, bulimia and body dysmorphia have become parts of our everyday lingo, and sadly, have begun to afflict more and more adolescent girls who are bombarded daily with unrealistic images of beauty on television, print, digital and social media.

We put ourselves on display on Instagram, Facebook and Tumblr, hoping we look attractive enough to garner the most “likes” or more followers. We post pictures acting weird or funny, or put #nofilter… yet still secretly crave some form of social approval from our various social media friends. Even on LinkedIn, instead of posting a current business photo, we may find ourselves using an image taken five years ago where we look maximally attractive – perhaps looking both thinner and younger, or at least a heavily Photoshopped one.

There are picture apps that we can use to change our hair color, length and texture, add a blush to our cheeks, instant eyeshadow, eye and lip color, remove blemishes and alter our face shape, etc. We find them funny when we use them, but to what extent does our use of them reflect our innermost desires?

Getting away from “Barbie”

To be fair, it’s not all Barbie’s fault.

At a very young age, we learn from fairy tales and folklore that the good and kind-hearted are always fair and beautiful, and that the evil look crooked and ugly. We can blame the authors, or we can blame Disney. Either way, even as we are taught as children that not everything that looks like gold is gold, our own experiences and reactions to other people, both fitting and not fitting socially or culturally prescribed norms of beauty, tell us otherwise.

Even in our choice of a partner, what strikes us first is his or her looks. We hit bumps and dead-ends, we make mistakes, and we are supposed to learn from them.

We do know that being beautiful does not equate to one’s happiness, but not being beautiful most certainly guarantees failures and heartaches at certain points in life – not for a lack of abilities, skills or intelligence, but more from a lack of opportunities offered by a biased, judgmental society.

Knowing all this, why should we, then, concede to and perpetuate unrealistic standards of beauty?

On Gendering the Media