Sabin Muzaffar raises voice against gender based violence and sheds light on how it affects societies. 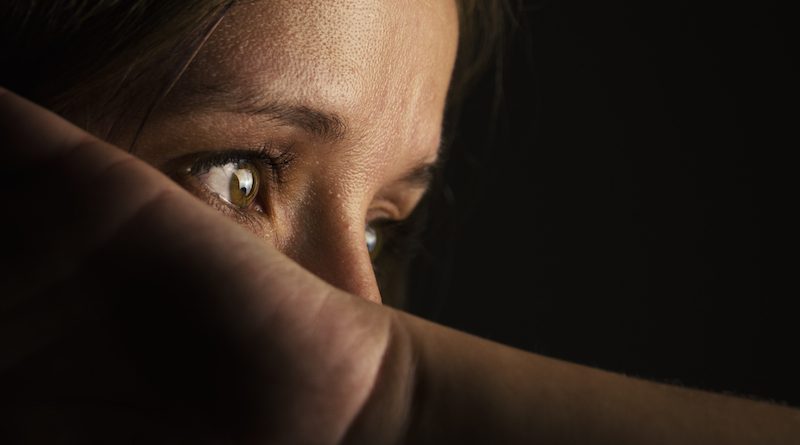 The last one century or so has witnessed women make great strides when it comes to freedom of speech, expression and movement. Starting with women having no say in socio-economic or political spheres of society; even when ironically, history is replete with examples how many an absolute monarch (female) helmed states globally, navigating through troubled waters of diplomacy and world affairs.

In a world where one in three women experience different forms of violence, these strides are just teardrops in the sea when it comes to the plight of women.

In the report titled The Status Progress of Women In the Middle East and North Africa published by the World Bank, it was noted: “There is a high prevalence of domestic violence. In Iraq, 21 percent of Iraqi women and 23 percent of Palestinian women experience physical violence from their husbands. Alarmingly, Human Rights Watch has documented a sharp increase in the incidence of sexual violence against women in Baghdad, the legal system and other services in Iraq are unprepared to deal with the situation. And in Egypt, a 2008 study by the Egyptian Center for Women’s Rights shows that 85 percent of women have experienced some form of sexual harassment.”

Since the age of 15, one in five Australian women had experienced sexual violence.

Incidents become more and more harrowing once you hit the search button. Unfortunately though, statistics tell a sad story when it comes to ratios of violence and redressal.

Need of the Hour

Women rights are human rights – a fact reiterated by global community, countries and enlightened citizens. But that is not enough! Combatting all forms of violence means working at the grass-root level. It entails inclusion of stakeholders starting from international outfits, regional organizations, states, communities, in addition to incorporating individual and most importantly women voices.

In a groundbreaking three-day event held in Islamabad on November 27th 2015, the capital city of Pakistan, PUAN Peace Conference 2015, global participants, political leaders talked about realities on the ground. Chief guest and eminent politician, Senator Sherry Rehman noted that “point of leadership and peace-building should be focused in the big picture.” While Ms. Rehman made a very pertinent point; it is also critical to realize and understand the role and consequently the impact of conflict as well as peace building on women. Women and children are in fact the most vulnerable groups when it comes to conflict.

Even after conflict has ended, the impacts of sexual violence persist, including unwanted pregnancies, sexually transmitted infections and stigmatization. Widespread sexual violence itself may continue or even increase in the aftermath of conflict, as a consequence of insecurity and impunity.

According to WomenWarPeace.org: “In contemporary conflicts, as much as 90 percent of casualties are among civilians, most of whom are women and children. Women in war-torn societies [ANANKE: such as Afghanistan, Syria, Yemen] can face specific and devastating forms of sexual violence, which are sometimes deployed systematically to achieve military or political objectives. Women are the first to be affected by infrastructure breakdown, as they struggle to keep families together and care for the wounded. And women may also be forced to turn to sexual exploitation in order to survive and support their families.”

It further stated: “Even after conflict has ended, the impacts of sexual violence persist, including unwanted pregnancies, sexually transmitted infections and stigmatization. Widespread sexual violence itself may continue or even increase in the aftermath of conflict, as a consequence of insecurity and impunity. Coupled with discrimination and inequitable laws, sexual violence can prevent women from accessing education, becoming financially independent and from participating in governance and peace-building.”

The first day of Peace and Conflict Resolution Conference 2015 touched on a variety of subjects including alternate conflict resolutions methods centering on Jirgas – meetings especially in rural areas – comprising of male community leaders. Indeed citizen engagement on community level is critical for not only peace-making but peace-building as well.

That said, it is important to note that almost 95 percent (if not more) of these jirgas or panchayat across the sub-continent comprise of men. In order to really address issues of conflict, and that of peace and progress, it is important to acknowledge how these impact the female gender. More importantly, it is of utmost urgency that women voices – female elders, matriarchs etc – should be invited to engage on a community level.

Needless to point out a fact acknowledged the world over that women are not only great negotiators but also play a pivotal role when it comes to peace-making, peace-building and progress triggering initiatives.

In 2013, BBC reported about a female Jirga in the valley of Swat, in the northern areas of Pakistan. The coverage unveiled: “The jirga is making history, and perhaps making enemies. In Swat, as in many parts of Pakistan, men make the key decisions – like whether or not their daughters go to school, when they marry, and who they marry. And oppression starts early. Tahira was married off at just 12 years old, to a middle-aged man. “Our society is a male-dominated society, and our men treat our women like slaves,” said the jirga founder, Tabassum Adnan. “They don’t give them their rights and they consider them their property. Our society doesn’t think we have the right to live our own lives.”

Elimination of violence against women is a building block of sustainable societies for it [violence] causes a ripple affect on physical as well as mental health of the victim, her family and the community at large, negatively impacting social relationships as well as triggering intergenerational cycle of abuse.

Not only such initiatives are needed for conflict resolution, but can also play a bigger role addressing rural women issues especially domestic violence in villages to harassment, abuse and even rape.

According to an older report titled ‘Realities of Rural Women Across South Asia’ by GRAIN, an international non profit organization that works to support small farmers and social movements in their struggles for community-controlled and biodiversity-based food systems: “In the aftershocks of the war [in Sri Lanka] which ended in 2009, rural women are still in the process of combating the militarism which pervades their everyday lives. There are nearly 90,000 war widows in North and Eastern Sri Lanka, 12,000 of whom are young widows. 40,000 female-headed households are particularly vulnerable to sexual harassment, exploitation and assault. Many households are living in refugee camps where sanitation and health facilities are severely affecting their well-being, as well as further damaging their psychological stability.”

Elimination of violence against women is a building block of sustainable societies for it [violence] causes a ripple affect on physical as well as mental health of the victim, her family and the community at large, negatively impacting social relationships as well as triggering intergenerational cycle of abuse. Engagement on local level is important but failure is imminent unless abuse awareness and acknowledgement, its sensitization by including women leader is brought to the table. Till that happens, mankind will be relegated to the ranks even lower than animals.

Recognising the spirit of innovation in Pakistan