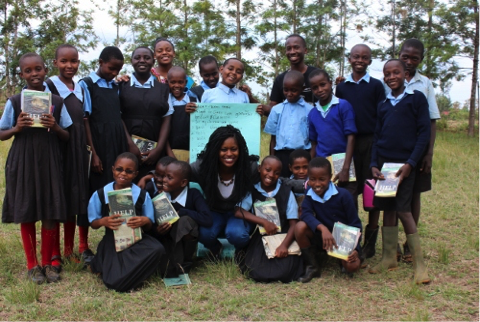 Children hold key to the future and their positive mental, physical as well as socio-economic nourishment is fundamental not only for healthy societies, but for sustainable development of nations. That said, children are also one of the most vulnerable groups susceptible to man as well as climate inflicted devastation and disasters.

Children’s voices need to be highlighted and heard especially in under-developed countries to extricate them from the vicious circle of poverty and marginalization. Indeed education is key for positive growth, but also important is to listen to what they (the children) have to say and bring issues most important to them to the forefront.

A pioneering initiative – Inclusive Neighborhood Spaces (INS) – is one such platform that strives to raise awareness about the plight of children. In addition to this, it also offers a forum for triggering debates and discussions on issues affecting these voices of tomorrow.

The initiative was launched by representatives of the Voluntary Services Overseas (VSO) in Kenya: Charles Isaboke, Mercy Wanjiru, Francis Kyalo, and Gladys Muthara, right after completion of their services in Nigeria under the South-South-North Global Exchange program of VSO.

The campaign was a resounding success as it educated the students about the imperative role of citizen engagement in good governance. In addition to this, the children were encouraged to engage in an interactive chat session on child rights, duties, and protection.

“The campaign successfully engaged 20 students who voluntarily formed a children-led club. The project was overseen by INS facilitator Mercy Wanjiru and club activities were managed by a schoolteacher,” reveals Gladys Muthara. “Fostering a creative environment, the kids were asked to conduct a ‘sociocracy’ election where they were encouraged to vote for a minister of education and an assistant. Once the electoral process was complete, the children then convened a meeting, unanimously agreeing on club policies and assembly days,” she added.

The campaign was a resounding success as it educated the students about the imperative role of citizen engagement in good governance. In addition to this, the children were encouraged to engage in an interactive chat session on child rights, duties, and protection. “The kids examined issues revolving around child rights based on their knowledge in groups of five. Each set of children presented their respective points. Led by the Minister for Education, the kids met every Friday to read together and deliberate on the significance of the book in relation to their own lives and if faced with similar circumstance – how they would deal with situations such as sexual harassment and so on,” said Muthara.

Please Don’t Judge me Help is a book that focuses on Child Rights & Protection. It is written in a letter-answer/ reply format where various children write letters to the author and he replies to them. The topics range from sexual harassment, education challenges, adolescence challenges, child labor issues among others.

The book aims initiating discussions about child rights and protection among children, parents, teachers, guardians etc. Simply put, the book gives a voice to children, encouraging them to speak up about issues affecting them.

The primary objective of the INS campaign was to initiate a discussion about rights and protection of the child; in addition to offering an enabling environment where kids could be taught how to react to all forms of violence and harassment. “Our initiative made sure that the children learnt ways and means to protect themselves from abuse as well as how to maintain healthy relationships with parents and peers, by honing their skills of communication, presentation, teamwork, collaboration and leadership,” concluded Muthara.

It is a challenging road ahead for INS as the initiative spreads to other public primary schools in rural parts and slum areas of Kenya in 2016.

Spreading the INS Children Clubs to other public primary schools in rural parts and slums in Kenya in 2016.

These books were just given to the volunteers to share with friends, who decided to start clubs with them. The clubs are inclusive, and the children are selected randomly.

MKF to Technify more women in 2016