Nadia Talha sheds light on the role of women in Pakistani cinema. 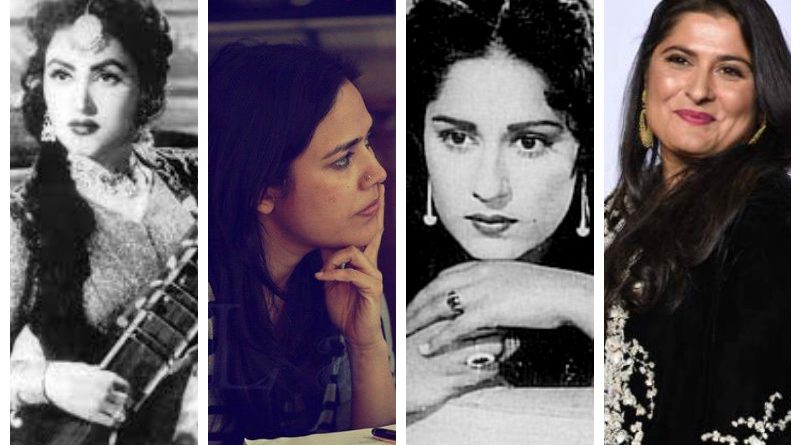 The era of Pakistani films highlighting raucously pumped up men with an over-bearing male chauvinistic attitude is finally over as the new age of cinema ushers a picturesque medley of big budget movies, artsy biopics, raunchy, boisterous comedy, and flashy coming-of-age numbers.

It is certainly not untrue to claim that the Pakistani film industry has had quite a rollercoaster ride, with women more than often taking the backseat. The role of “weaker sex” in cinema has always been dismal – not just in Pakistan but also in some of the biggest movie industries across the world.

During its heydays, Pakistan’s silver screen was flooded with talent in front as well as behind the cameras. It comes as no surprise that one of the forces that awakened women empowerment in Pakistani cinema was an eminent singer and first Pakistani female director, Noor Jehan releasing Chanwey (her directorial debut) on April 29, 1951. The 1960s may be regarded as “the golden age of Pakistani cinema” – but more importantly remembered as a revision of the role of female artists in the industry. For the first time viewers were introduced to numerous female A-listers and silver screen legends in this era.

Actor Sangeeta’s directorial debut was with Society Girl (1976). She has since released several movies and blockbusters. Her latest flick Tum Hi To Ho is scheduled for an Eid release in 2016.

In an industry where women were relegated to playing mere arm candy and sex products aimed at – in rather poor taste more than often – sending Pakistani men into throes of ‘sensual nirvana’; these trailblazers did play pivotal role in breaking gender barriers for Pakistani women in cinema simply by doing what has always been considered a man’s job!

For the longest time, Pakistani mainstream cinema was all about the portrayal of female sexuality through dance or the role of a damsel in distress. This made the overall representation of the female artist dependent upon the male counterpart and creating a stereotype of a passive and traditionally timid woman. Actors Babra Sharif and Shabnam were prime examples of such characters and portrayed them with suave and veracity. Yet on many occasions, they also played the vivacious vixens rebelling against society and this very stereotype.

In an industry where women were relegated to playing mere arm candy and sex products aimed at – in rather poor taste more than often – sending Pakistani men into throes of ‘sensual nirvana’; these trailblazers did play pivotal role in breaking gender barriers for Pakistani women in cinema simply by doing what has always been considered a man’s job!

Having said that, it is the portrayal of female sexuality that has undergone tremendous growth and evolution over the years; directly illustrating how women in the Pakistani culture and society have evolved. From the initial portrayal of a flaying damsel unable to fend for herself and seeking approval of her hero to the outgoing, outspoken liberated woman who knows how to own it – Pakistani cinema has showcased it all.

Sadly, the flipside of the story is that regardless of these positive portrayals, depicting a strong woman in a male dominated industry AND society still bears negative connotations. While that might not necessarily be true in the current standing of the industry, the fact still remains that the strong, confident and positive image and role of female artists is still very much placed inside an industry run by men.

Of late, as well, Pakistani cinema has made an extraordinary and impressive comeback, evidenced by the following fact: Mehreen Jabbar’s debut feature-length movie Ramchand Pakistani was released not only in Pakistan, but also in UK and India to wide audience- and critic-acclaim. It premiered in New York’s Tribeca Film Festival’s competition section in the year 2008.

Sharmeen Chinoy is by far one of the most outstanding figures demonstrating Pakistani Cinema’s long journey to embracing and encouraging female artists and their input. With her Oscar wins for Saving Face as well as A Girl in the River: The Price of Forgiveness, Sharmeen Chinoy epitomises the strong, intelligent and undying heart of the female artist of the industry. Chinoy and others like her in the industry have only made Pakistani Cinema stand strong on its own feet, facing the world like a bright and promising beam.

Nadia is a communications specialist based in Lahore, Pakistan. She has worked with eminent companies including Pegasus Consultancy and The Genie Agency.