Hala T. Bughaighis analyses the notion of woman at war with her own kin. 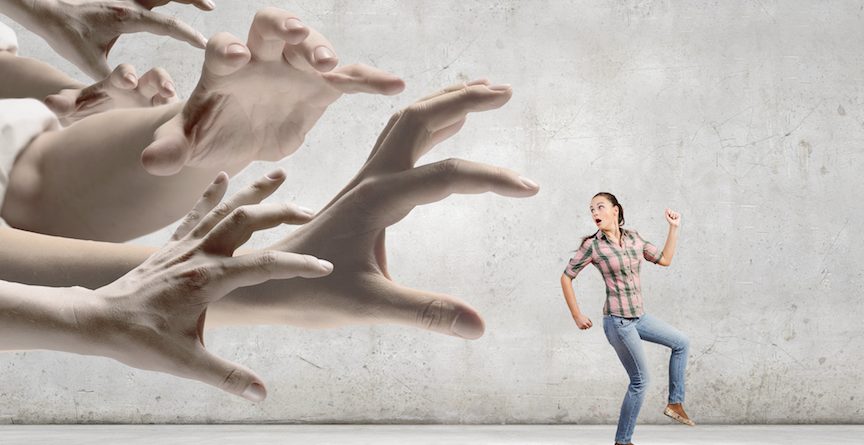 “Why do women hate each other?” An existential question that occurs in the mind of any woman in relation to her social and practical life; even in her participation in civil activities and charity work which is mainly based on altruism and cooperation. A few months ago, I met a lady working in an international organization. When I questioned her about the cause of the deteriorating state of women in Libya despite the attention given to women by government entities she replied, “Women would be better off if they stop being jealous of and hostile towards one another”. Her response was not surprising because of the stereotypical concept of women’s mutual hatred towards one another and it being the main reason hindering our progress. Since I have a tendency to analyze and uncover hypotheses to reach conclusions, I have decided to examine the validity of this long standing argument.

Hera is the goddess of marriage and family in Greek mythology. She is Zeus’s wife, an example of perfect beauty with cunningness and enormous jealousy. Myths and legends are packed with Hera’s jealousy; hardly ever a conspiracy goes by without proof that she is the strongest and most worthy. Her jealousy exceeded the jealousy of all women toward other goddesses. That jealousy led to the Trojan War epic which was fueled by the “Golden Apple” conspiracy, when the prince of Troy’s preference for Aphrodite over Hera infuriated her. Hera is the most noticeable example of the stereotypical concept of woman’s rivalry and competitive nature to her peers which is why I chose to name the case after her.

The belief that women are natural enemies overwhelmed by vicious hatred is not new. For centuries the stereotypical concept of the relationships between women was merely superficial friendships, or based on social duties, no more. And there was a common belief that women are unable to make “real” friendships due to their jealous nature and love for competition and individuality.

One of the most famous ancient Greek mythologies is the rivalry between Athena and Arachne, who each claimed being the most brilliant weaver on earth. During a duel between the two rivals, Arachne went too far with Athena, prompting the latter to tear Arachne’s fabric and curse her into a huge spider along with her descendants; making an example out of her.

Philosopher Arthur Schopenhauer most memorably described this relationship in his book about women, “the feeling between any two male strangers doesn’t exceed being indifferent, yet, for women it reaches real animosity”. The poet and critic Gillette Burgess agreed with Schopenhauer when he also described female relationships, “Most women see a rival in other women, while most men see other men as the prospect of an ally.”

Social studies show that hostility against women has roots that relate back to childhood stages of the so-called bullying among girls. When boys tend to physically abuse them, girls tend to verbally abuse them back, as well as using psychological pressure as a means to harass other girls. A report about family safety program in Saudi Arabia confirmed that the child support line received complaints from girls related to problems with their peers equivalent to nine times the complaints from the boys in the 2014.

Other studies have found that these hostile feelings may last until later stages of age, especially at the work place and this is scientifically known as the “Queen Bee” syndrome. This is a case in which a woman in authority feels that she is better than other women and treats other work colleagues with contempt and cruelty. Research suggests that the causes of this phenomenon are due to cultural and social concepts, which automatically drive them to stand against supporting their peers as a means of defense for these legacies, as well as defending their position gained at work in order to limit competition.

Psychology has no scientific explanation about women hating other women nor does it state ways to solve the problem. From my point of view the closest interpretation to this situation is defined by Sigmund Freud’s psychological projection, where the individual subconsciously attacks others in order to project their own flaws and deeply repressed desires, as reasons for failure of others. It is important to note that the scientific definition of cases of jealousy, psychological projection and hatred never differentiates between both sexes.

I was only able to find a few examples out of hundreds of myths and stories about a female’s jealousy written by successful women – almost all have been written by men. I find myself surprised at how concepts such as those expressed by Schopenhauer’s, Rousseau and others were indoctrinated into modern era without any analysis or refute, as well as the belief that women harbor a hidden hostility to their own kind. Yet, despite the lack of scientific evidence for this case, there is no doubt that some women are jealous of one another, especially, regarding emotional matters, while others may feel envious of those who may be more beautiful or are socially and practically more successful. The question here is; are these feelings restricted only to women? Do men feel jealous of the success of their fellow men? Do men envy other famous men? Does this mean that women only hold feelings of animosity to one another, and men are friends by nature and support one another? However, if feelings of jealousy, rivalry, envy and elation are all human feelings, which do not differentiate between either gender or species, then why is the Hera syndrome firmly in mind all along these years?

It is simply due to the upbringing and social custom that portrays women in a long struggle with their peers to obtain man’s favor. Thus, with the Hera model in mind we live in a mass illusion that the major preoccupation of women is to plot intrigues and machinations on one another in order to win the love of men. When women perpetuate these ideas and assert them without understanding their side effects, they cause division. We are in a critical time where women  need synergy and cooperation to improve our situation in society and to contribute to the moving the wheel of development.

Click on the link to visit her personal blog: https://hbugi.wordpress.com/