Karen Osman, the founder of Travel Ink, has won the Montegrappa Writing Prize at the Emirates Airline Festival of Literature for her novel Dear Michael. 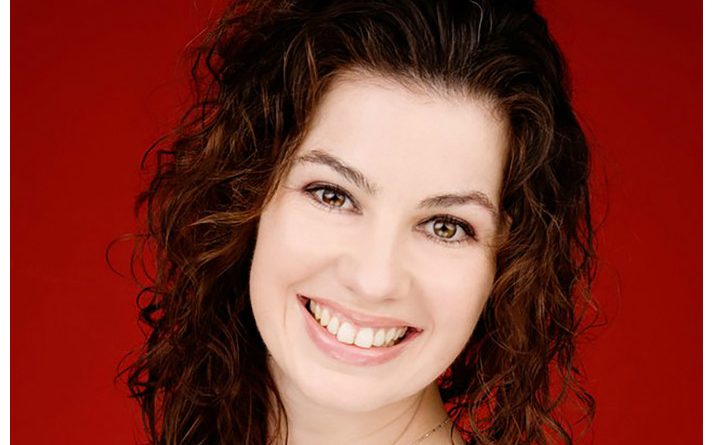 Karen Osman, the founder of Travel Ink, has won the Montegrappa Writing Prize at the Emirates Airline Festival of Literature for her novel Dear Michael. The fictional work is a thriller, set in the North of England about a mother who writes to a convicted murderer in prison. It’s not long before she is involved in a complex relationship with the inmate, which sees her descend into a world of plotting, deception and revenge.

The prestigious Montegrappa Writing Prize, now in its fourth year, has established a strong reputation in literary circles and previous winners Rachel Hamilton, Annabel Kantaria and Lucy Strange all received book deals soon after winning the competition. Both Hamilton and Kantaria have gone on to become international bestselling authors and guests at the Emirates Airline Festival of Literature.

The annual award submissions are evaluated by Luigi Bonomi, one of the UK’s leading literary agents who has launched the careers of many bestselling authors through his agency, Luigi Bonomi Associates (LBA). Also involved in the review process was Selina Walker, Publisher at Century and Arrow and the woman behind international hits Before I Go To Sleep and Fifty Shades of Grey.

Delighted with the result, Osman said: ‘’winning first prize has been a total shock and a dream come true. Although I spend my days crafting copy for clients, this is the first time I have worked on a novel and I definitely hope to make a name for myself as an author. To be recognised by industry experts at this level and given the opportunity to meet Luigi again at the London Book Fair is incredible. ’’

Talking more about the subject matter she added: ‘’the book is set in Durham where I went to university and there were volunteer opportunities to write to inmates at the nearby prison. The idea always fascinated me and combined with my experiences as a new mother, the idea grew from there.’’

Talking about what impressed him with Dear Michael, Bonomi said: ‘’Karen’s opening chapter and synopsis leapt out at me – a wonderfully dark story, rich with potential and intrigue. Domestic Noir is exactly what publishers and readers are looking for and Karen has this in spades.’’

The first prize includes a trip to the London Book Fair 2016, with flights courtesy of Emirates Airline and accommodation from InterContinental Hotels. Osman will meet with Bonomi to discuss her novel in more detail at a lunch held during the event.

37 year-old Osman runs her own business Travel Ink which she founded in 2011 offering specialised writing and translation services for the travel, tourism and hospitality sector. She is also the Travel and Tourism Chairperson for the British Business Group and a speaker at the upcoming Arabian Travel Market 2016 on the topic of using social media to promote travel brands.

An award-winning writer originally from England, Karen has lived the ex-pat life for the last 15 years across Asia, Europe and the Middle East.

After completing a B.A. in Linguistics and English Language at the University of Durham, a two-year period teaching in Tokyo was the start of a career that combined her two great loves; travel and the English language. Moving to Dubai in 2004, Karen engaged in a sales, marketing and public relations role for a luxury hospitality company.

After identifying a gap in the market for specialised writing services for the travel, tourism and hospitality sector, Karen set up Travel Ink in 2011, steadily building the business to include some of the most high-profile hotels, airlines and tourism establishments in the region. Clients have recognised Travel Ink’s expertise from across the globe, from luxury hotel brands, airlines and tourism organisations to travel-oriented publications.

Spearheaded by a management team with over fifteen years of international experience, Travel Ink is supported by a trusted network of wordsmiths, who skilfully craft words into stories. Travel Ink has constantly executed the meticulous care and attention to translate a client’s message into real human stories that engage and inspire their audience to explore and discover the world.